Was the decision on Serena Williams’s actions in the 2018 US Open just or sexist?

Anyone who’s ever watched a professional tennis match knows that tensions run high as the game comes to a close. With players exerting more energy on the court, it’s not surprising that many of them show signs of stress and frustration. And during the US Open finals between Serena Williams and Naomi Osaka, the pressure reached a staggering level – an occurrence that was not caused by the intense game between the two players. 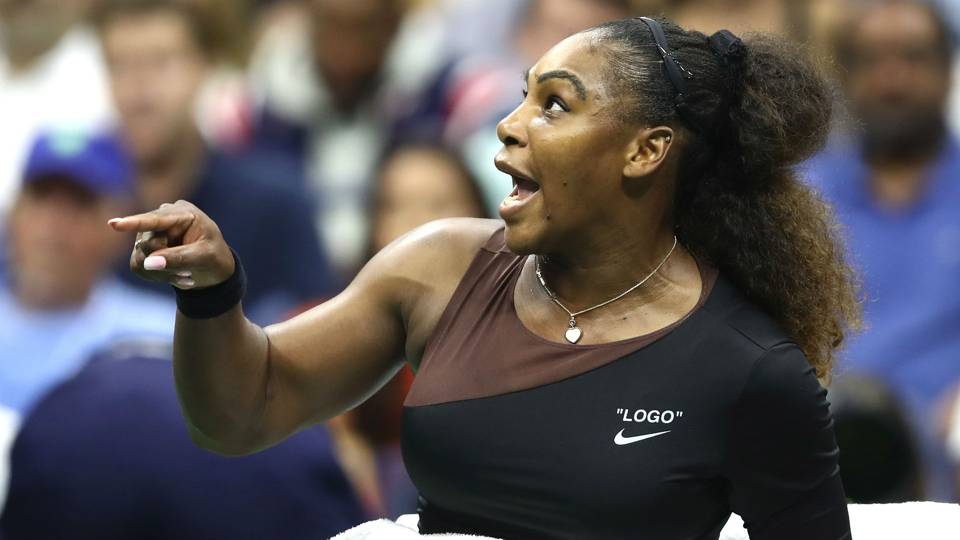 Last September 9, backlash from the US Open came after officials penalized 23-time tennis grand slam winner Serena Williams with a 17,000 USD for her actions during the match.

According to a report from Buzzfeed News, Williams was fined 4,000 USD for a coaching warning, 3,000 USD for smashing her racket on the tennis court floor, and 10,000 USD for “verbal abuse” against umpire Carlos Ramos.

This penalty has since caused a stir among athletes, reporters, and tennis enthusiasts alike, as it was suggested to be an act of sexism.

“You’re gonna going to do this because I’m a woman, other men have said worse things and they’ve never gotten a penalty” says Serena with tears as she gets gets a list of penalties after getting coaching, racket abuse and language violations #UsOpenFinal #SerenaVsOsakaOnSelect pic.twitter.com/XE7VVZQdMD

Many online users said that Williams was treated unfairly since many male athletes in their field did not reportedly experience the same sanctions as the American tennis player.

Here’s what they had to say about it:

A man ruined the Women’s #USOpenFinal for BOTH women.

Isn’t it funny how people say John McEnroe’s tantrums from back in the day are iconic and funny but when Serena Williams gets angry after being called a cheater she’s “disgraceful”, “disrespectful”, and “disgusting”? 🤔#UsOpenFinal

I know a few people who’ve been robbed in Queens but, nothin like Serena at this #UsOpenFinal… Those damn chair umpires are worse than the electoral college…

Men aren’t policed like women are for what they wear in tennis. They aren’t held to the same standards for language and behavior. And women of color are treated the most unfairly.

Even retired tennis player, Andy Roddick chimed in and expressed his take on the issue.

The situation later escalated when an Australian newspaper released a caricature of Williams throwing a fit during the US Open match. 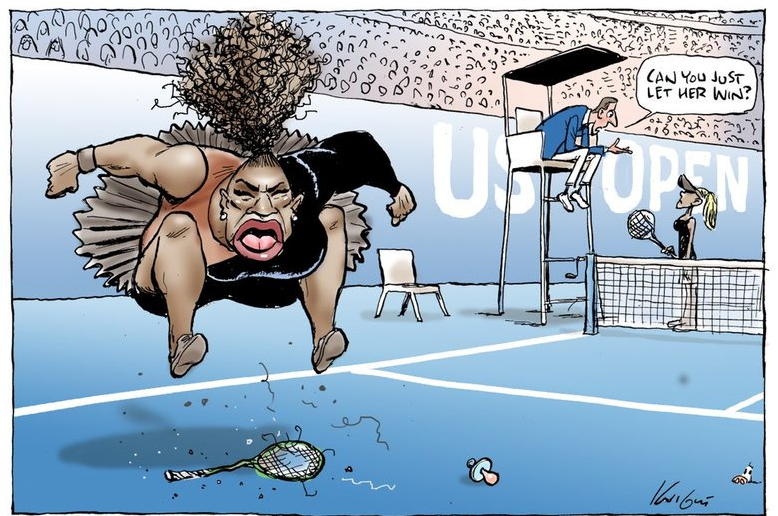 Though many were outraged with the cartoon, a number of individuals agreed with the message of the illustration and stated that Williams’s attitude in the tennis court was deplorable.

For everyone defending Serena's hissy fit, repeat after me: EMULATING MEN WHO BEHAVE BADLY IS NOT STANDING UP FOR WOMEN'S RIGHTS. #USOpenFinal

So over @serenawilliams horrible sportsmanship, always negative always dramatic. Every time she comes to the #UsOpen she’s rude to all fans. Keep crying you lost. Let’s celebrate #ByeFelicia @Naomi_Osaka_ you did it girl! Don’t let anyone rain on your parade. #UsOpenFinal pic.twitter.com/bf8edpQEp2

Serena's behavior during the second set was some of the most disgraceful sportsmanship I've ever seen in tennis – no doubt she robbed Osaka of the sweetness and satisfaction of her childhood dream.. and the crowd acted every bit as poor as Serena. I'm disgusted. #UsOpenFinal

If anyone owes someone an apology, it's Serena to Naomi for ruining her moment. You can't continue to throw hissy fits when things don't go your way, especially when you've ALREADY achieved everything. Serena can do no wrong, unfortunately. #UsOpenFinal

Instead of losing gracefully…

Whether you’re on #TeamSerena or not, one thing’s for sure, these two women played one heck of a game during the 2018 US Open Finals and we can’t congratulate Naomi Osaka enough for winning the prestigious competition!