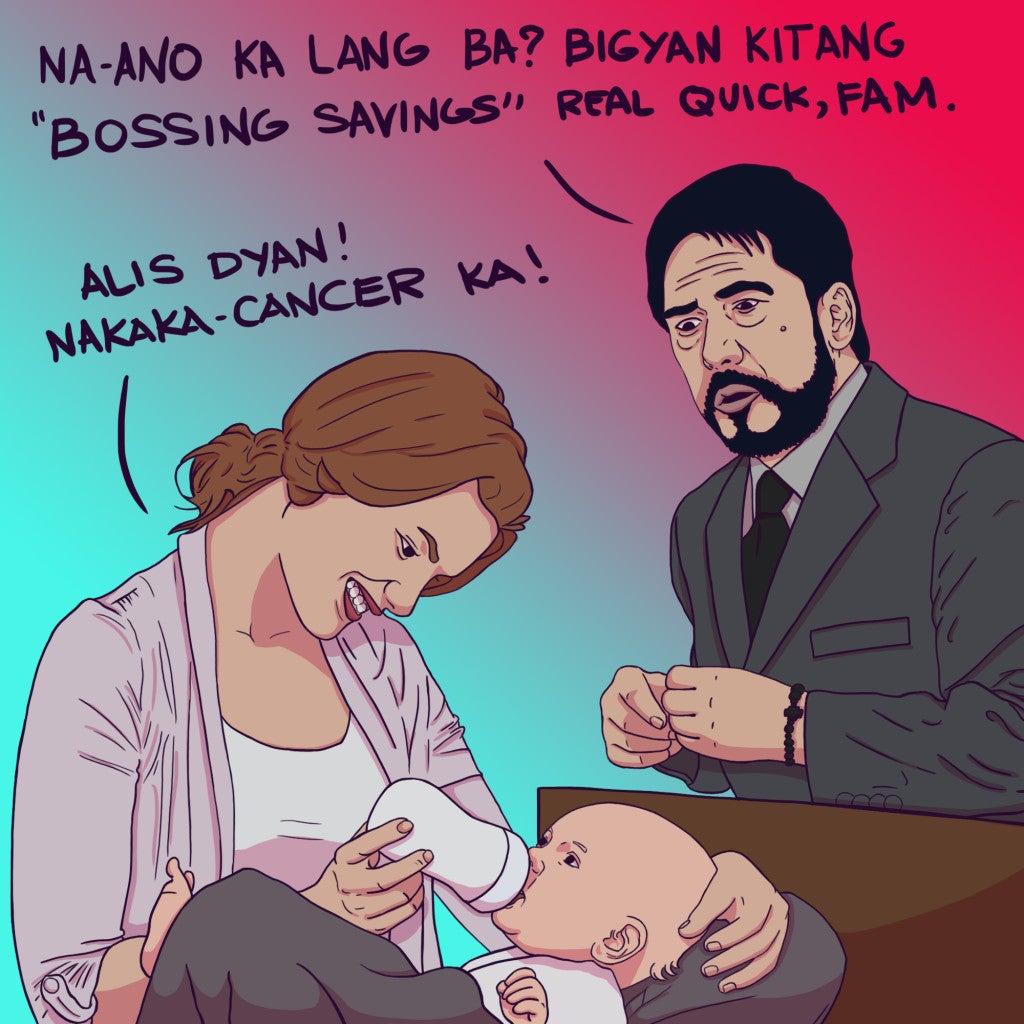 In case you missed it, Tito Sotto once again earned the ire of people online— this time, because of remarks he made at the senate during the confirmation hearing for DSWD Sec. Judy Taguiwalo. As his last question in the hearing, Sotto asked the Secretary about the fact that she has two children but no husband. Sec. Judy graciously responded and explained that she has never had a “normal” family aside from the one she grew up in. She recounted that right after graduating from UP, she did organizing work and spent years of her life either underground or in prison during the Marcos regime.

Sotto, who has never been faced with such trying times in his life, and certainly has not shown the same amount of dedication and passion for this country as Taguiwalo has as an activist during the martial law years, thought that such a topic was “on the lighter side” and can be seen snickering as the Secretary answered his question.

Sotto then said to Taguiwalo: “In street language… when you have children and you are single, ang tawag ‘dun ay na-ano lang.”  He then thanked the secretary and said that she had his full support.

But the DSWD secretary did not let his remark go unanswered. “Senator Sotto, I teach Women’s Studies in UP. We respect all kinds of families and that includes solo parents,” she said.

Netizens as well as some well-known personalities were enraged by Sotto’s uncouth remarks. Here are some of their reactions from Twitter:

For much of my growing-up years, my mother was a single mother. I curse anyone and everyone that sees women like her as "less than."

My mom was a solo parent from 1991 onwards. She raised 3 kids. No shame in that. It takes special courage and strength. #ConfirmJudy

Pacquiao: I'm the most inept, most misogynistic, most "un self-aware" senator of the republic!

Tito Sotto can never use comedy as a defense because he isn't funny.

Society thinks in a disgusting mindset that the "na-ano" is shameful while the "nang-ano" gets away with pride.

Shame on you, Tito Sotto.

Respect and love to all the single mothers and mga "na-ano" out there who raised kids million times more decent than that Tito Sotto.

How do you think it feels hearing from a senator that single mothers are "na-ano lang", when you come from a broken family? Masakit, sobra.

If you feel bad about yourself today, just remember that Tito Sotto is not your father.

The Gabriela Women’s Partylist has released a statement regarding the issue, demanding an apology from Sotto and commending Sec. Taguiwalo for standing her ground. Here’s the statement:

Sec. Taguiwalo’s quick response to such an insult is indeed commendable. But it begs the question: Why do qualified women still have to answer to such insensitive and unintelligent remarks from people who got into office for being a popular goof during the ‘90s? More importantly, why do we let people like him run our country?

Editor’s note: The views and opinions expressed in this piece are the author’s own and do not necessarily reflect the views of InqPOP! and INQUIRER.net.