The best against the best: Ginebra vs. SMB in the Finals has the makings of an all-time classic

Tim Cone said that he plans to prepare Ginebra for seven games.

San Miguel team governor Robert Non, meanwhile, added that he wouldn’t be surprised if the series goes into a Game 7.

It’s only been a little more than a year since Barangay Ginebra and San Miguel last met in the PBA Finals, and yet hearing opposing players, coaches, and team officials talk about their upcoming Commissioner’s Cup Finals makes it seem as if this was a match-up that was a long time coming.

But in some ways, it is. 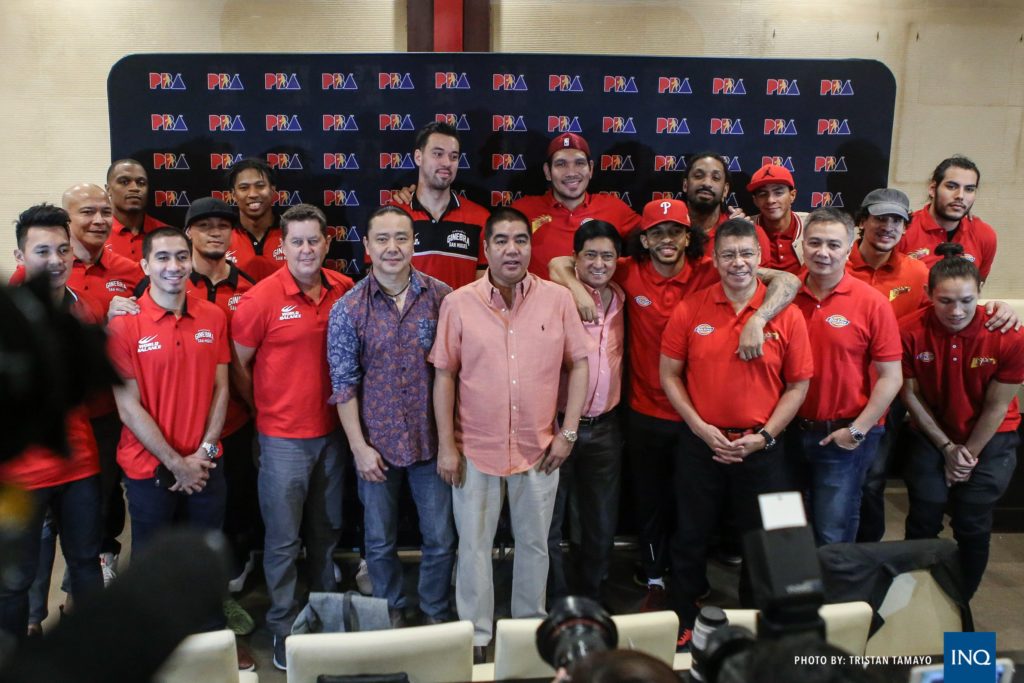 The two teams are arguably the best in the PBA in the past few years, with San Miguel winning six of the last 10 championships and Ginebra winning back-to-back Governor’s Cup titles and returning as a perennial contender after a string of early playoff exits earlier in the decade. But during that time, the sister teams faced off just once in the Last Dance. 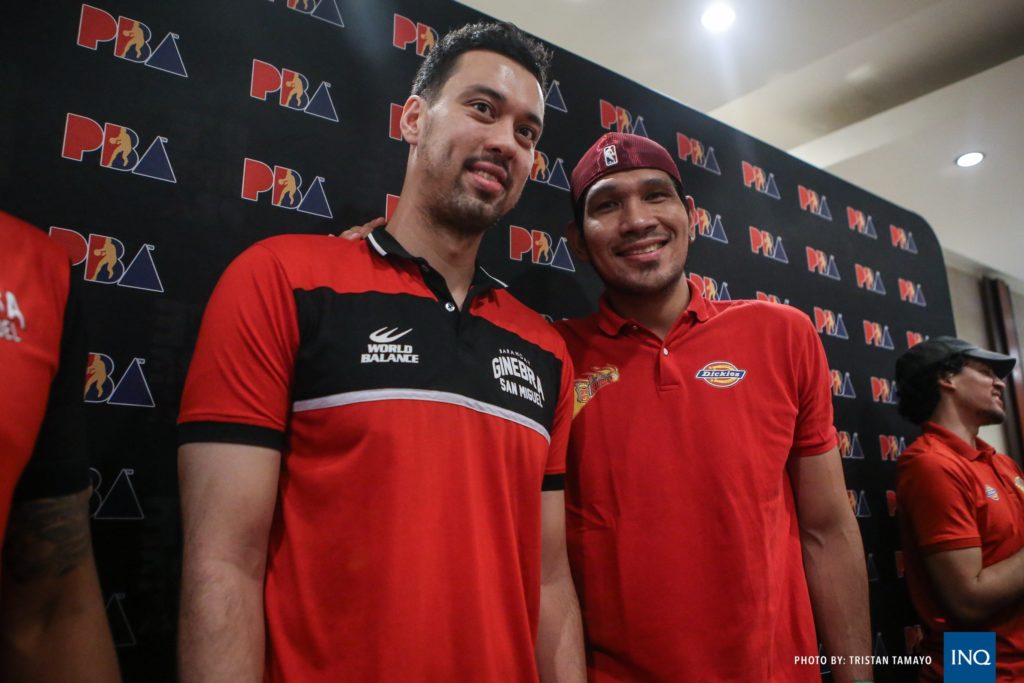 The teams did clash in the 2017 Philippine Cup Finals, but the series lasted just five games, with the Beermen winning their third straight Philippine Cup title at that time (they won their fourth straight earlier this year after defeating the Magnolia Hotshots in the 2018 Philippine Cup Finals). While San Miguel topped the eliminations, Ginebra was relegated to the seventh seed and had to overcome a twice-to-win disadvantage against the Alaska Aces in the quarterfinals, before outlasting Star in seven games in the semifinals. 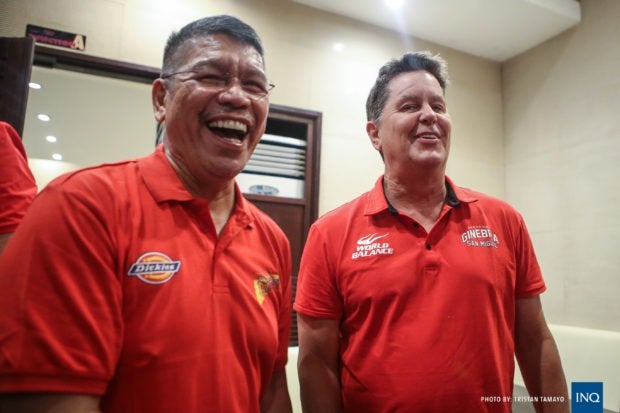 While the Beermen were at full strength, the league’s crowd darlings did not have center Greg Slaughter, while big man Joe Devance also played in the series while nursing a left foot injury. This time around, both players will see action for Ginebra, with Devance fresh off a 19-point, 6-assist effort in the Barangay’s last game against Rain or Shine in the semifinals that earned him Player of the Game honors.

Health, however, will still be a factor in this series, with Ginebra forward Japeth Aguilar less than 100% heading into the series due to a swollen left Achilles tendon. Aguilar missed the first couple of games and played limited minutes the rest of the way in the Barangay’s semifinals series victory against Rain or Shine, and his status will affect Ginebra’s chances in the series. 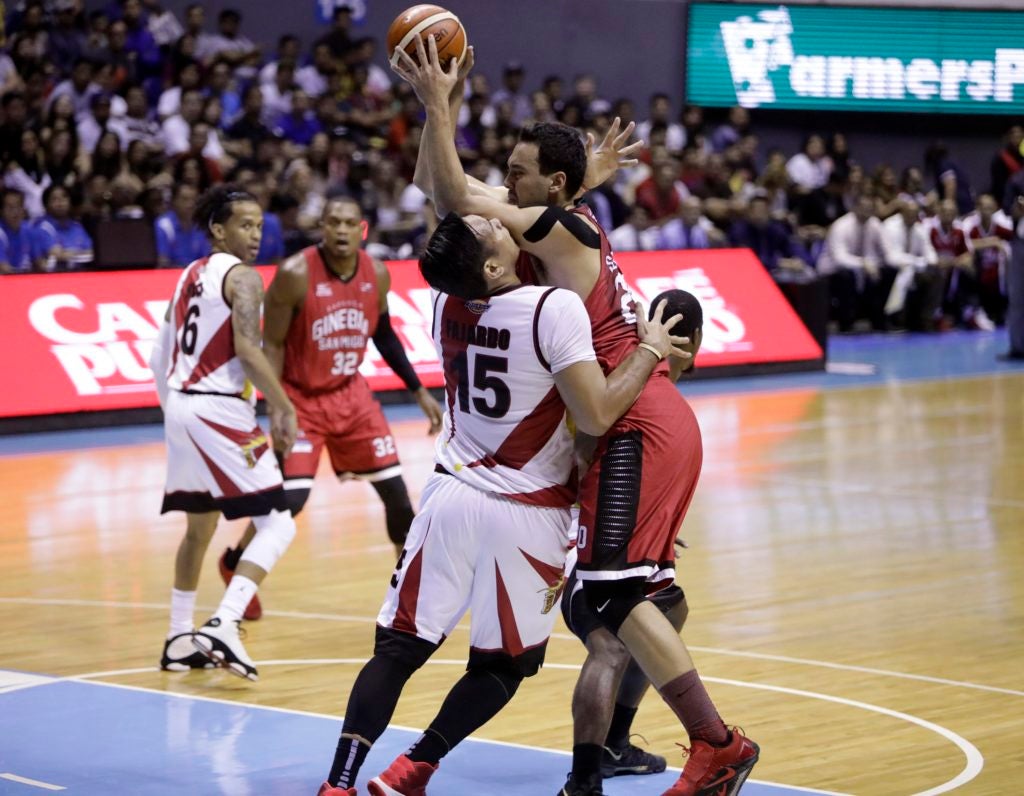 This will also mark the first time that the seven-foot Slaughter will meet former college rival June Mar Fajardo in the PBA Finals. The two big men previously met in the 2009 Cebu Schools Athletic Foundation, Inc. (CESAFI) Finals when they were in college, with Slaughter leading the University of Visayas (UV) Green Lancers to the title over the Fajardo-led University of Cebu (UC) Webmasters. But things have changed since their last Finals meeting nearly a decade ago, with Fajardo now asserting his might as the league’s best player.

Another interesting match-up in this meeting between the two teams features former teammates Justin Brownlee and Balkman setting aside their brotherhood to become on-court rivals. Brownlee and Balkman were the imports for the San Miguel-backed Alab Pilipinas in the ASEAN Basketball League (ABL), which they led to a title after a slow start. Now, after slow starts by their teams, one of them will end up with another title.

This Ginebra team will also be different from the team that stumbled into the Finals against the Beermen last year, as they have won 10 of their last 11 games heading into the series. Another thing that the Beermen did not face last year is Jeff Chan, who has found his groove in the playoffs after being acquired last month and will give Ginebra spacing as well as another veteran presence.

But the more things change, the more they stay the same, as the other match-ups in the series are ones that fans have seen before, but will be no less compelling this time around: LA Tenorio facing off against Alex Cabagnot, two of the best guards in the league today who both have a knack for coming up big in the clutch. Chris Ross battling Scottie Thompson, two guards who fill up the stat sheet while also bringing a lot of intangibles like heart and hustle to their teams.

Then there is the match-up on the sidelines, with the league’s winningest coach in Cone, who has 20 PBA titles, taking on the architect of the Beermen’s recent string of titles in Leo Austria. Cone has labeled the Beermen as ‘one of the greatest, if not the greatest PBA team of all-time,’ and it’s only fitting that San Miguel will have to go through the league’s best tactician in order to get their second title and march towards a Grand Slam.

The teams’ rich histories and winning traditions have given the series a lot of subplots, and the amount of talent on both teams have fans anticipating the compelling match-ups. Their previous meeting last year was a memorable series, but it did not last long. This series, from the outset, has a different air surrounding it. Sequels are not really known for living up to the originals, but the players, coaches, and officials from both teams know it: this one will be different. InqPOP!/Immanuel Canicosa

Mel C, Sporty Spice of 90s pop icon Spice Girls, rumoured to be coming to Manila for a concert

Should I stay or should I go: The summer of LeBron James