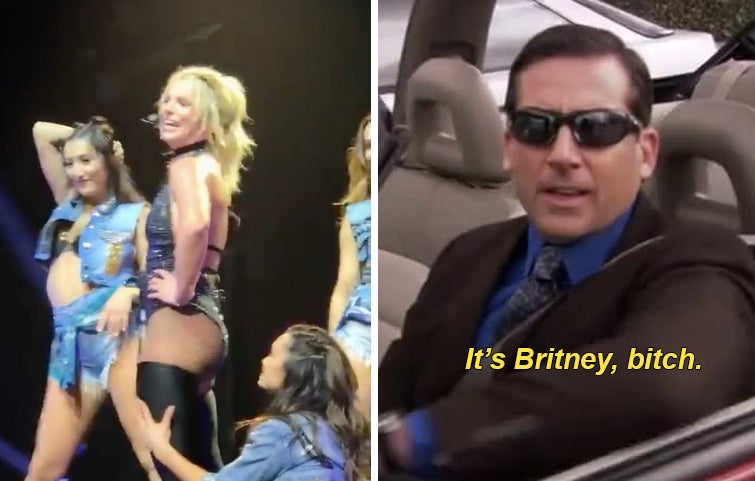 WATCH: Britney Spears cracks up at fan who yelled at her during the intro of ‘Gimme More’

It’s quite inevitable for artists to get caught off guard when fans are screaming something to them while they’re performing.

During her recent show at Borgata Event Center in Atlantic City, New Jersey for her “Piece of Me” tour, pop star Britney Spears couldn’t help but crack up when an enthusiastic fan interrupted her before performing “Gimme More” on stage.

On Facebook, Zachary Gordon-Abraham shared a video of when he yelled at Britney and the 36-year-old singer, along with her dancers, broke into laughter. “I can now be known as the guy in the crowd that made Britney laugh,” he captioned the video.

Zachary couldn’t resist but shout “Who is it?!” before Britney got to deliver the iconic line from the song: “It’s Britney, bitch.” And to be honest, we’re grateful for Zachary because we would’ve done the same, sis.

I can now be known as the guy in the crowd who made Britney laugh. 😂😍❤️

The video instantly went viral and has now more than 8 million views as of this writing.

And if anyone asks, who’s still a pop icon:

Chance the Rapper tweeted ‘WALA’ and Pinoys had the best response

‘Pilipinas S03E18’: This year’s SONA brought out the biggest plot twists and crossover in history

Archaeologists open black sarcophagus despite warnings of ‘world-ending curse’, because why not 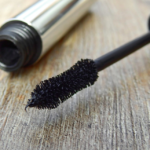 5 Ingenious ways you can reuse and recycle expired makeup products 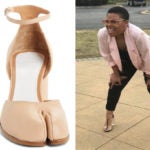