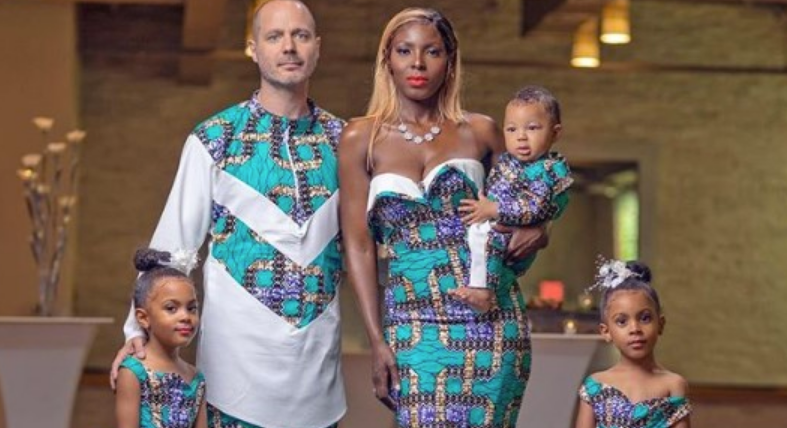 In a recent feature about the McClure family’s gorgeous attempt to promote race diversity, we praised how they honored their Nigerian roots through fashion. Unexpectedly and disappointingly, the father Justin McClure isn’t really as honorable as we all thought he was, as netizens exposed how he previously wrote several tweets and a blog post that are straight-up racist.

You really can’t hide anything forever, especially if it’s in social media. McClure attempted to delete his tweets, but some netizen managed to keep the evidence:

They're deleted, but I saw these online pic.twitter.com/i43r4Ge47Z

In the tweets from 2012, McClure said the following:

“Mark my word…one day a black woman will name a child Allergies, “My Allergies been acting up lately…daaaaamn.”

“Lately I’ve been under the impression…Impression is this black girl I went out with. She loves being on top. #blackgirls #ghetto.”

More than that, McClure also went beyond Twitter and wrote a blog post making racist remarks about White men dating Black women, entitled “Internet gives rise to interracial dating.” In the blog post, McClure wrote how interracial dating is great because “It’s hard to hate someone when you also look like them.”

He also made some racist stereotypes about interracial dating, where he said:

“Men, especially white men, traditionally would not approach a black girl on the street or in public. White guys are typically more cautious, laid back, and considerate of women. White guys might see a hot black girl at a bar or something, but talk themselves out of approaching because Anderson Cooper comes on in 30 minutes. They have to get home. Black and Spanish men lifting weights on the corner don’t even know who Anderson Cooper is, but they hope he buys their new mix tape. In New York City I’ve seen black and Spanish men sing to women on the street, saw a black man with bags of groceries chase a woman down many blocks (he had ice cream too), and one time I saw a Spanish guy jump the subway tracks to get to the other side in effort to talk to a girl. When he got there the girl wasn’t interested. He came back across the tracks and waited for his train like it never happened. Kid you not.”

“White guys don’t act like that. A white guy might see an attractive ethnic woman of some race and get the balls to say ‘Hi ma’am, how are you doing today?’, but that’s it. Otherwise he’s on his way to work. White guys are too busy thinking of getting coffee to talk to a sister on the street. Black guys don’t care. A black man could be on fire, burning to death, and would still talk to a woman on the street before he jumped in a pond, ‘Hey I know I’m on fire and shit, but damn baby you is looking good. Hope you like me extra crispy?’”

Now, we’re not saying McClure can’t redeem himself or change for the better. But so far, he hasn’t really given an apology or even properly acknowledged what he did wrong. He only has this to say about his racist posts:

The "cringe" tweets existed on our timeline because I (Justin) converted my comedy page to our family page (unaware of the old 2011 tweets). It's well documented how I used standup for attention and to say irreverent things. Thank goodness I grew up! lol…anyhow, moving on…:)

Insensitive…yes, from a very insecure man (at the time). I've talked publicly about how I said irreverent things for attention. I was a drunk and a womanizer (then)…it's well documented that sobriety changed my attitude, and Ami change my life (i didn't know her then)

So much excuses when he could just admit to his mistakes and correct them. And no, racism isn’t something we can “move on” from that easily. That never helped anyone. InqPOP!/Bea Constantino

Mom hires ‘professional’ photographer to take family photos; gets memes instead of portraits