If you’re living on your own for the first time and you don’t know a single thing about cooking, you’d probably rely on cookbooks or easy recipes available online so you won’t starve to death—or die from eating fast food every day. But what happens if you follow a cookbook written by kids? It’s a recipe that will feed you, not with actual food, but with laughter and confusion!

Twitter user Jordan Adams shared a cookbook from his nephew’s pre-k class and it only shows how kids cannot be trusted in the kitchen but surely knows how to make cooking more fun.

My nephews Ethan’s pre-k class made a cook book, and all the kids had to come up with all the recipes😂😂 so much better than I could’ve imagined. pic.twitter.com/X5d0Sqzw5N

Jordan’s nephew, Ethan, decided to go for an “Eggs” recipe that doesn’t actually involve eggs because you can just go to his house and his mom always makes them. 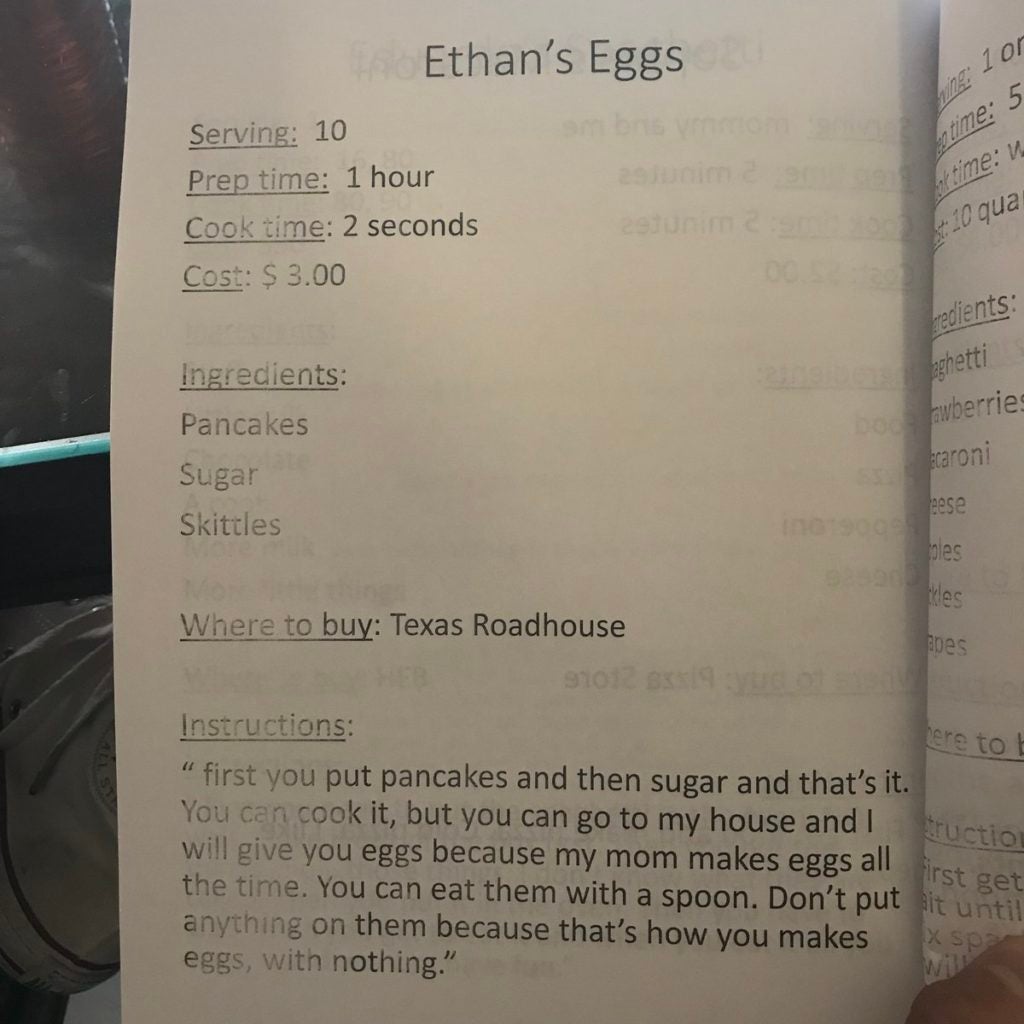 Wait. I’m still stuck at how pancakes, sugar, and skittles will make eggs

Ariana’s Macaroni involves pool party and we are totally here for it! Pool and pasta? Now that’s a party! 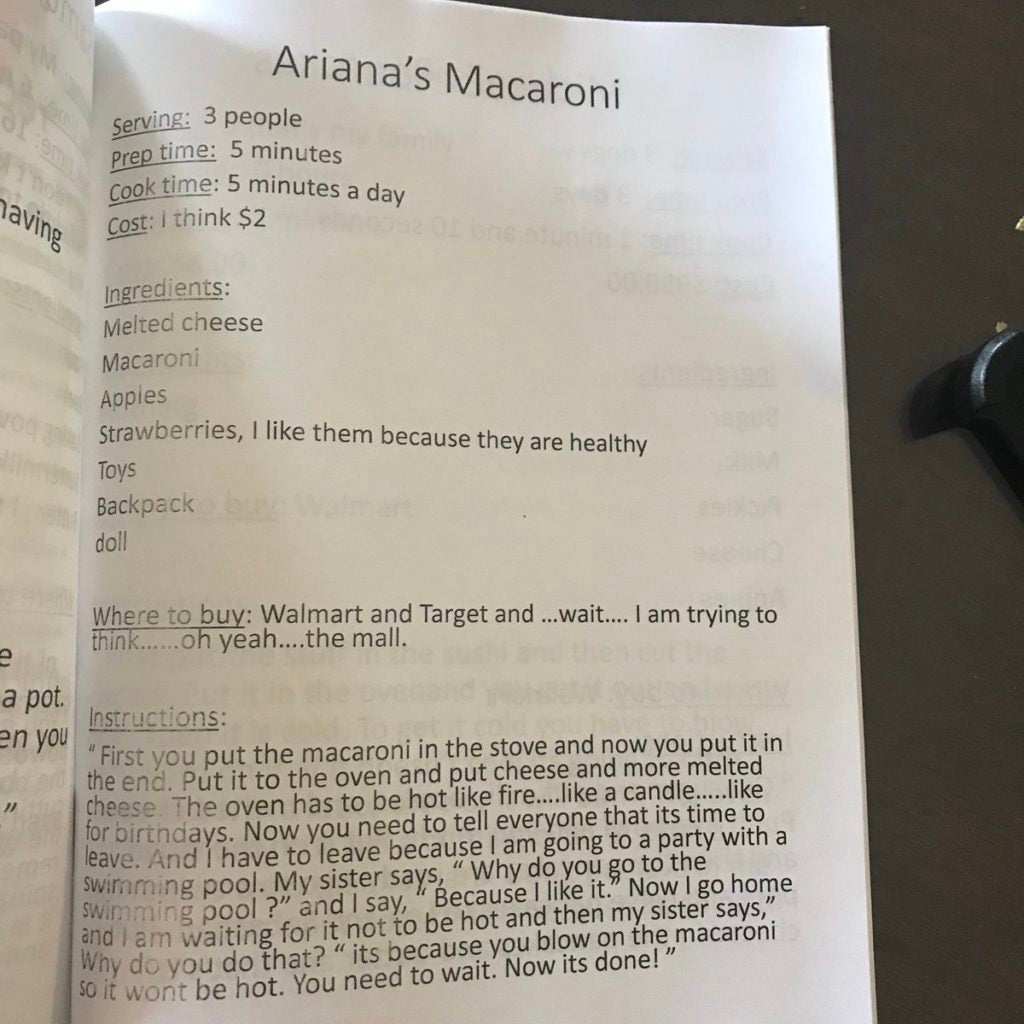 It's weird, but I can hear kids' voices while reading the instructions and that just makes Ariana's Macaroni so much better.

Joe took the easy route and ditched tacos in a taco’s recipe because he has no clue how to make them. 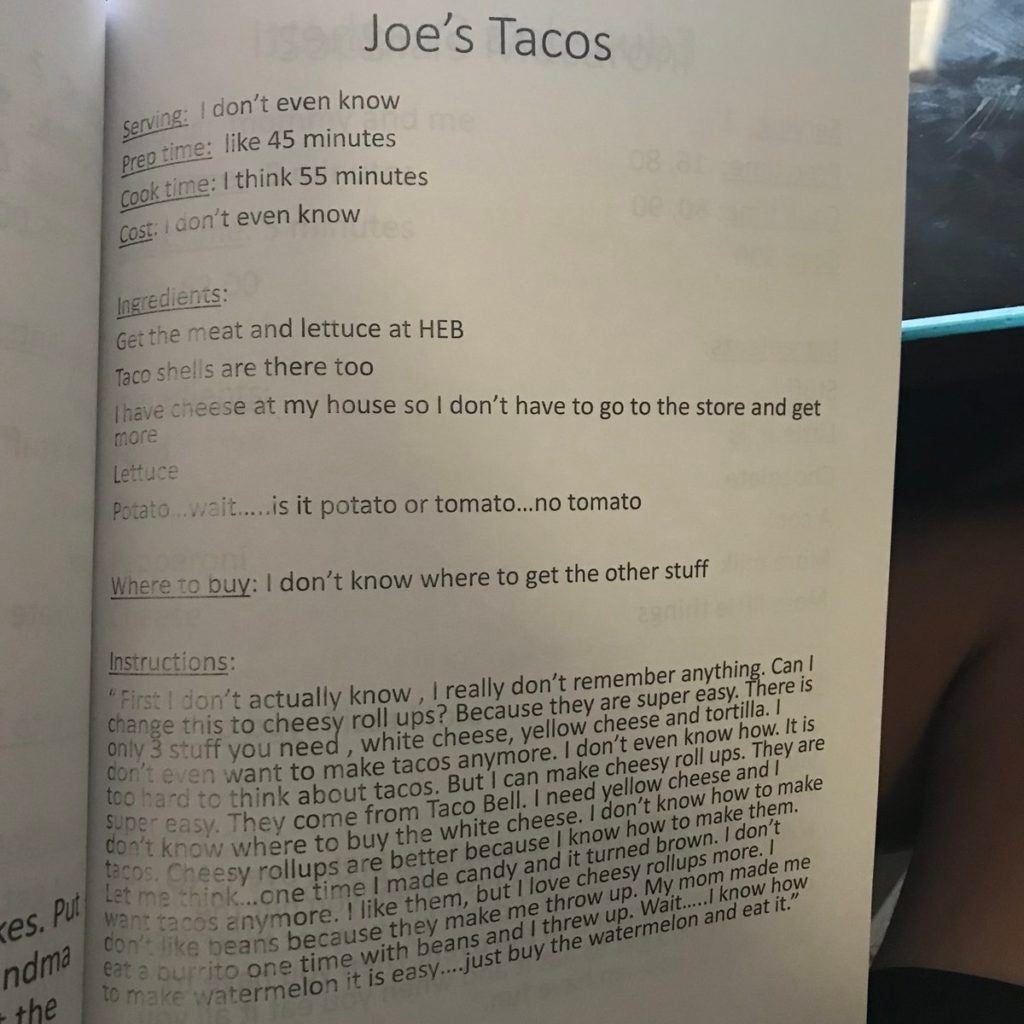 Joes tacos for the win!

He really took us on a culinary journey.

sebastian writes like how i talk on a daily basis

Where can I buy this cookbook? 😂😂 I think I want to make joes tacos they sound good 😂😂

Bad, but really the watermelon sound kinda good too. I mean it looks like it takes a while to get ready

Sebastian’s Pancakes on the other hand, are not only pricey, but might also cost you your kidney. “Salt and that’s it,” right?! 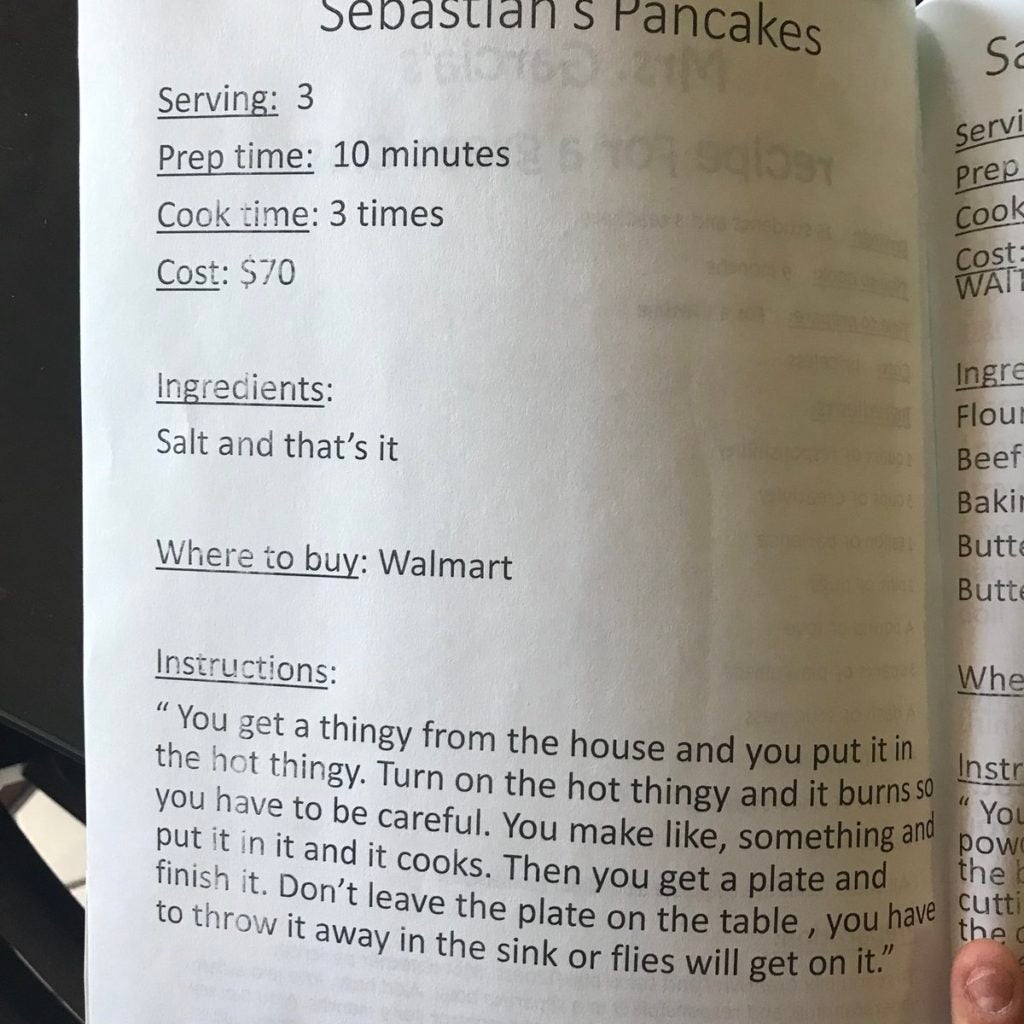 “potato… wait is it tomato or potato” had me dead

Though the recipes and instructions won’t really help them in the kitchen, people still find them hilarious and it just proves how “kids say the best things.”

The best way to do it. Kids say the best things… we have a pregnant teacher in the school and I told my kids she was having a baby. One of mine walks up to her, demands to know if it’s true, & then goes. “Well I hope it’s a boy! Or a girl!”

One user even shared other pages of the cookbook and it’s as pure comedy gold as the first four recipes.

I have the complete cookbook!!! The teacher give us this recipes as a mother’s day gift!!! It is hilarious!!! pic.twitter.com/027rIMwXrD

Now we all want to make a macaroni while chilling at a party like Ariana or grab a taco and change our minds like Joe! How about a watermelon instead?

This lil’ Picasso is causing big swirls with her paintings

Half-Korean girl mesmerizes the internet with her stunning beauty