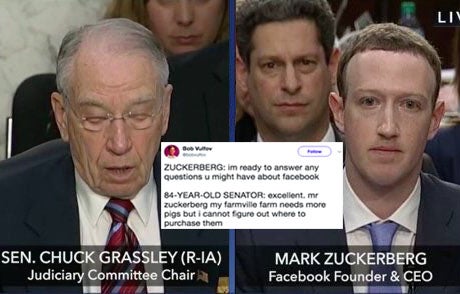 Facebook founder and CEO Mark Zuckerberg faced US Congress for a two-day inquisition following the data scandal surrounding the social media giant. Zuckerberg took responsibility for the social network’s failure to protect personal data from millions of its users after British firm Cambridge Analytica, a data-mining firm who worked for Donald Trump’s campaign in 2016, “gathered personal information from 87 million Facebook users to try to influence elections.”

But as Zuckerberg awkwardly answered questions thrown at him, people had a field day online with hilarious reactions and memes.

People pointed out the irony that those grilling the Facebook CEO are those who probably don’t have much clue on how the internet works.

At one point, 84-year-old senator, Orrin Hatch asked Zuckerberg how Facebook is able to sustain a business model while running as a free service. Some of the crowd were barely able to keep a straight face as the latter answered: “Senator, we run ads.”

Sen. Hatch: "If [a version of Facebook will always be free], how do you sustain a business model in which users don't pay for your service?"
Mark Zuckerberg: "Senator, we run ads." https://t.co/CbFO899XlU pic.twitter.com/bGKWks7zIk

Zuckerberg had to put up even with younger senators who clearly have no idea how the platform works. Sen. Brian Schatz asked Zuckerberg if Facebook would be able to see if he “emails” someone over the messaging application, Whatsapp.

Sen. Schatz: If I email(?) someone over Whatsapp, can facebook see that?

Zuck: Senator no, Whatsapp is encrypted, we can’t see any of that.

And as Zuckerberg gets grilled during the hearing, Twitter users trolled and roasted the lawmakers.

“Mr. Zuckerberg, I’m hoping you can answer this question for me: How do I do a Facebook?” pic.twitter.com/5rj7jiEXPb

“Mr. Zuckerberg, a magazine i recently opened came with a floppy disk offering me 30 free hours of something called America On-Line. Is that the same as Facebook?” pic.twitter.com/U7pqpUhEhQ

84-YEAR-OLD SENATOR: excellent. mr zuckerberg my farmville farm needs more pigs but i cannot figure out where to purchase them

“Mr. Zuckerberg, can you explain how I’ve been on Facebook for ten years and yet still do not have one friend request accepted?” #ZuckerbergTestimony pic.twitter.com/gPJu9V76l1

WHY WON'T MY GRANDSON ACCEPT MY FRIEND REQUEST? pic.twitter.com/WEXonYDzKS

zuckerberg: hello senator sir
senator: *lowers glasses, squints at phone* how can i tell if my granddaughter blocked me

SEN: What happened to Angry Birds

SEN: It was a thing then it kind of stopped. I would still like to play it but I changed phones.

Zuckerberg explaining things to these senators is all of us trying to explain the internet to our parents.

Mark Zuckerberg is now living out every young person's worst nightmare: trying to explain how tech stuff works to the nation's elderly

For some, it seems like Mark Zuckerberg is “painfully awkward” for someone who runs a platform that most of us use for communication these days.

Is it just me or is Mark Zuckerberg *painfully* awkward?

But other than Zuckerberg being awkward, some people also think that his expression isn’t human-like.

This is absolutely not a real human. Zuckerberg is 100% robot https://t.co/jLkFcRJuLE

There is a 100% chance Mark #Zuckerberg is a robot 😂 pic.twitter.com/vTBal9cENK

Aside from the Congress, people are saying that Zuckerberg should also face those who ruined his bangs.

I can’t decide whether I hugely admire or am intensely irritated by the fact that Mark #Zuckerberg is a multi-billionaire yet appears to cut his own hair and doesn’t own even one half decent suit, shirt or tie. pic.twitter.com/hdV6fDAliO

Even though he is the CEO of Facebook, it didn’t exempt him from being the target of memes we often see on the social media site.

Zuckerberg on his Facebook profile vs Zuckerberg at this Congressional hearing pic.twitter.com/P3bi2Ry5r4

me when I realize my actions have a consequence pic.twitter.com/kNx4rL2uGl

Mark Zuckerberg using a booster seat to testify before Congress is the only meme you need today. pic.twitter.com/FZl93tFWOL

Mark Zuckerberg’s manner has always reminded me of someone, but I could never quite grasp hold of it.

Just now it hit me, watching him testify about data. pic.twitter.com/4Zs2eGlsHD

When Zuckerberg said that people are not allowed to have fake accounts on Facebook, we’re all like: “LOL, I remember so many people.”

#Zuckerberg: “You’re not allowed to have fake profiles on Facebook.”

While other senators were mocked for not having much understanding of the social networking site, Sen. Dick Durbin stood out as he challenged Zuckerberg with questions asking him to share his personal information on public. “I think that may be what this is all about—your right to privacy, the limits of your right to privacy, and how much you’d give away in modern America in the name of ‘Connecting people around the world’,” the senator said after Zuckerberg answered that he probably would not choose to publicly share information about his private life.

A standout line of questioning came from Sen. Dick Durbin, who challenged Zuckerberg about his comfort level with his own personal information.

After the first day of his congressional testimony, Mark Zuckerberg might want to change his “status” with Facebook.

Zuckerberg is changing his relationship status with Facebook to “It’s Complicated”.

And as we wait for what happens on the second day of his hearing, some have suggestions on how he should end his testimony.

Carrying the brand ’til the end! 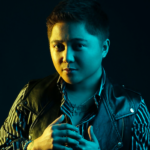 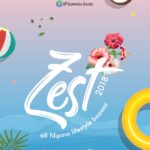