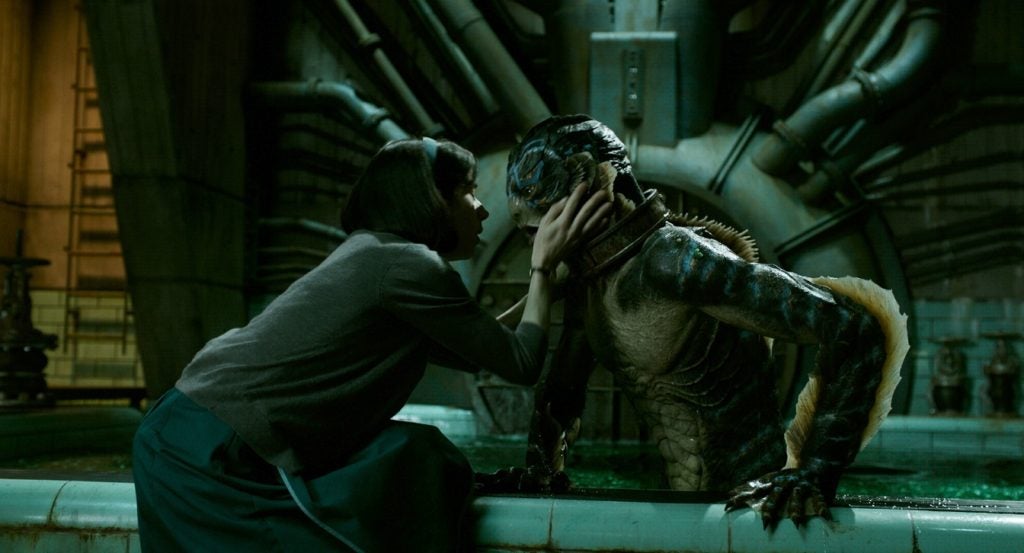 An uplifting, inspiring and totally entertaining movie, “The Shape of Water” hits home as it relates to local Pinoy folklore and romance. Directed by Guillermo del Toro who has dedicated his life to fairy tales and fantastical creatures, his fascination with the macabre has marked all of his features since his 1993 directorial debut Cronos. From his earliest days growing up in Guadalajara, Mexico, telling stories about escaping to realms governed by monsters was in his DNA.

“The Shape of Water” brings its audience into a mysterious government facility where, in the deepest recesses of the lab, an amphibious creature (played by Doug Jones) is being studied for its unusual abilities. As Agent Strickland (Michael Shannon) demands for it to be killed and autopsied, Dr. Hoffstetler (Michael Stuhlbarg) insists that the creature’s secrets can only be revealed with a lighter touch. But it’s the facility’s quietest employee who realises the truest connection to the creature. Mute cleaner Elisa (Sally Hawkins) feels a strange affinity with this mysterious visitor from the deep. And as the men in charge prevaricate, she resolves to release the creature from its captors, with the aid of her friend Zelda (Octavia Spencer) and her next door neighbour Giles (Richard Jenkins). 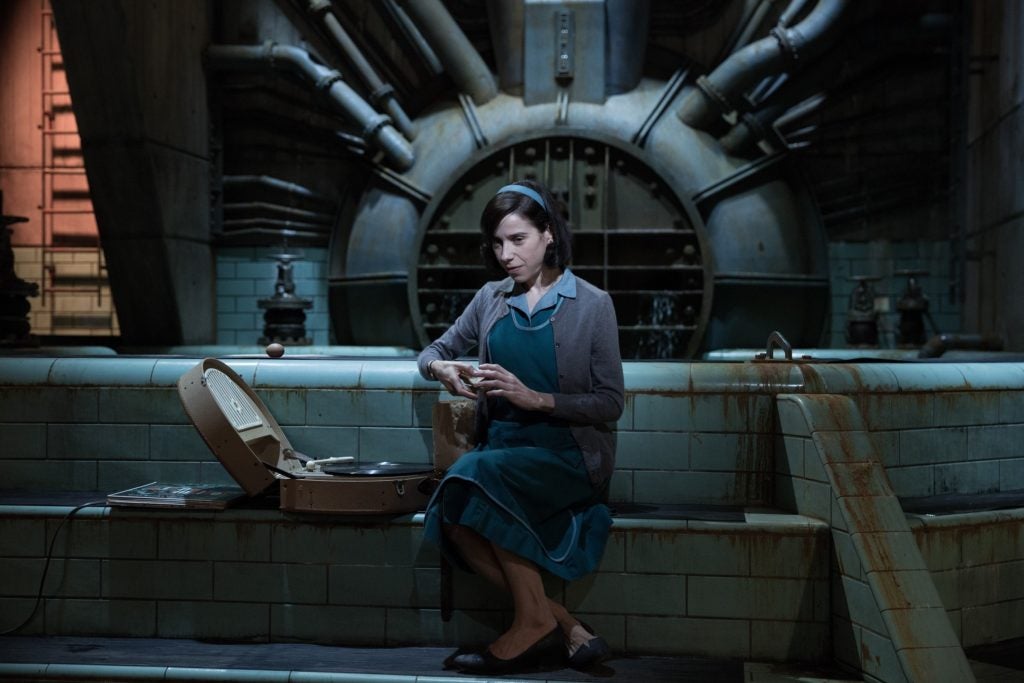 Del Toro looks back on the birth of the movie, “In the 90s I pitched the idea of making an amphibian man romance, but as a sci-fi movie. It was about explorers that go to the Amazon. Nobody loved it, and nobody wanted to do it. But it remained as an idea in the back of my head, because one of the main motifs of fairy tales is the story of a fish that conceives three wishes, and a fisherman or a fisherman’s wife, that lets the fish go. I co-wrote a novel called Trollhunters and my co-writer, Daniel Krauss, we were having breakfast in Toronto as I was prepping Pacific Rim, and he said, “You know, I have this idea about secret government keeping an amphibian creature, and this janitor befriends him.” And I said, “I’m buying the idea from you. Say no more. Don’t write anything.” I said, “Put it in three lines, and name the price.” He put it in three lines. I bought it and I guaranteed him co-story. That was four or five years ago. I just thought it was a love story,” relates the director. 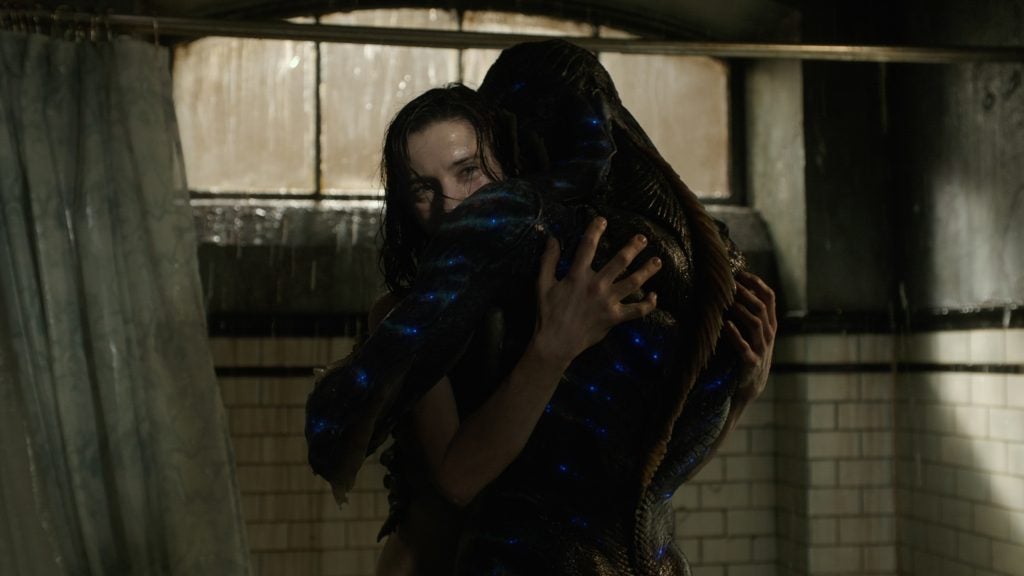 And of the movie’s heroine, played by Sally Hawkins, Del Toro says, “To me, Elisa is born in a place that she doesn’t quite belong in, and the essence of the love story and the fairy tale for me is that there are two journeys that heroes and heroines take in fairy tales: to find themselves, to find their place in the world, or to find their place in an alternate world in which they can live. In those three quests, you can fit almost every fairy tale ever written. Elisa does all three. She’s an outcast, and she’s literally invisible, cleaning toilets and picking up garbage, nobody sees her. She becomes very strong and does things against an incredibly powerful figure. She’s very brave; she becomes very brave. And also, she finds a place where she belongs and a person that tells her who she is. Not by dictating, but by belonging. She’s very beautiful.”