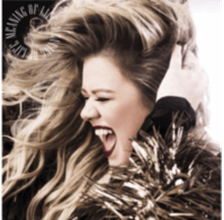 “MEANING OF LIFE” is available for pre-order beginning today accompanied by instant grat downloads of “Move You” and the album’s first single, “Love So Soft.” Both tracks are also available today at all digital music retailers and streaming services. “Love So Soft” is also joined by an epic companion video, directed by Dave Meyers (Kendrick Lamar, Missy Elliott), which can be viewed here:

Clarkson – who is currently on the cover of Entertainment Weekly’s popular “Fall Music Preview” – will celebrate “MEANING OF LIFE” tomorrow morning with a special live performance of both “Love So Soft” and “Move You” on NBC’s TODAY Show Citi Concert Series. A busy slate of additional TV appearances will be announced soon. Clarkson will also return to NBC next year in her new role as coach on the eagerly awaited new season of The Voice, set to premiere in February 2018.

“MEANING OF LIFE” is the album Kelly Clarkson was destined to make with Atlantic Records, a collection of smart and sensual soul-inspired pop that immediately belongs among the legendary label’s classic canon. For her eighth studio album – and follow-up to 2015’s chart-topping “PIECE BY PIECE” – Clarkson united a stellar team of top songwriters and producers to collaborate on her Atlantic debut, among them past collaborators Jason Halbert, Jesse Shatkin and GRAMMY® Award-winning “Producer of the Year” Greg Kurstin as well as first time collaborators Mick Schultz, The Monarch and Nick Ruth among others.

Kelly Clarkson is among the most popular artists of this or any other era, with over 100 #1 Billboard singles and total worldwide sales of more than 25 million albums and 36 million singles. The Texas-born, Nashville-based singer-songwriter first came to fame in 2002 as the winner of American Idol’s inaugural season. Clarkson’s debut single, “A Moment Like This,” followed and quickly went to #1 on Billboard’s “Hot 100,” ultimately ranking as the year’s best-selling single in the U.S. “THANKFUL,” Clarkson’s 2003 debut album, made its debut atop the SoundScan/Billboard 200 on its way to 2x platinum certification from the RIAA.

Clarkson is without doubt one of pop’s top singles artists, with 17 single releases now boasting multi-platinum, platinum, and gold certifications around the world, including such global favorites as “Miss Independent,” “Because Of You,” “Mr. Know It All,” “Stronger (What Doesn’t Kill You),” “Heartbeat Song,” and “My Life Would Suck Without You,” the last of which holds the Billboard “Hot 100” record for the biggest chart leap in a single week, from #97 all the way to #1.

One of the most honored artists in music history, Clarkson has received a truly stunning array of awards and nominations, among them three GRAMMY® Awards including two for “Best Pop Vocal Album” – the first artist to ever twice win that award. In addition, Clarkson has won 12 Billboard Music Awards, four American Music Awards, three MTV Video Music Awards, two Academy of Country Music Awards, two American Country Awards, and one Country Music Association Award. The first artist to top each of Billboard’s pop, adult contemporary, country, and dance charts, Clarkson has made countless TV appearances, including performances during the 14th season of American Idol – the first ever week of competition dedicated to a previous winner’s discography.

Alongside her incredible musical career, Clarkson has ventured into a variety of film and television projects, including a memorable turn as musical legend Brenda Lee on NBC’s 2003 series, American Dreams. As if all that weren’t enough, Clarkson made her literary debut in 2016 with the best-selling children’s book, River Rose And The Magical Lullaby (HarperCollins). This year will see the release of Clarkson’s follow-up, River Rose And The Magical Christmas, to be published October 24th by HarperCollins.