Have you ever lovingly watched your beloved pup while they slept and noticed their little paws moving slightly—like they were running towards a treat?

Or maybe you’ve been startled when you heard them whimper in their sleep. Do your dogs dream? What are they dreaming about?

Well, the short answer is that, yes, dogs do dream.

But the long answer begins in 2001 with an MIT experiment that found that rats could dream. Yes, you read that right–rats. After teaching rats to run through mazes for a treat, scientists discovered that the same brain waves recorded while they were learning were later mimicked while the rats were sleeping for the night. The scientists were able to assume that while the rats were sleeping, they were possibly dreaming of their maze lesson. Since rats are less mentally complex mammals than dogs, it was safe for them to assume that if rats could dream then other mammals (besides humans) do too—which means that, yes, your dog does dream!

Like humans, dogs also go through rapid eye movement sleep (REM) and non-REM sleep. Researchers discovered that it takes around 10-20 minutes for dogs to enter REM sleep. This is around the time when you may notice their breathing vary, their eyes move under their closed eyelids, and their paws might twitch and move as if running.

While dogs can’t just wake up and tell us what they dreamed about, researchers have concluded that if dogs can sleep like humans do then they can dream like we do as well. Sleep allows us to dream and process some things we experienced throughout the day. So, for dogs, what they dream about would be the walks they take, chases they go on, and even possibly the love and cuddles they get from you.

The most specific dream info we can get from dogs -as of now- is that their age and size can play a big role on the type of sleep and dreams that they get. The younger a dog is, the more they dream since there is more knowledge for them to absorb and process in their sleep. At the same time, smaller dogs tend to dream more often, although their dreams last for a shorter period compared to bigger dogs that may have more space between their dreams but with longer lasting dreams. For example, a Toy Poodle may experience a dream every 10 minutes, although their dreams only last for around 1 minute. While for a big dog like a Labrador Retriever, their dreams may last around 5-10 minutes long but there would be gap of around 60-90 minutes between those dreams.

Since doggy dreams contain more or less of what happens in their waking world, it is possible (like humans) that all their dreams aren’t good. Your adorable dog might be having nightmares of the vet, dog fights, or even of taking a bath.

When this happens, it’s probably best to, as they say, “let sleeping dogs lie”. It can be very dangerous to wake up your dog if you witness them acting aggressive like growling or thrashing their paws about in their sleep. You wouldn’t want your dog to get confused with you suddenly waking them up and possibly biting you in their groggy post-sleep confusion. If you witness your dog possibly having a bad dream, whimpering and/or moving their paws about, simply observe them. If you’re really worried, it’s probably best to opt for calling out their name rather than getting in close and petting them awake. Then when you’re sure that your dog is fully up and away from their nightmare, you can give them all the love and snuggles that you want to comfort them.

When waking a sleeping pup, it may be helpful to think about how you would want to be woken up. Imagine yourself and how you would feel if you were oh so rudely jerked awake. Not so pleasant, right?

Everyone’s beauty rest is precious time spent, even for dogs. But just knowing the fact that dogs can dream simply makes man’s best friend a whole lot more lovable. If they’re your dream dog, then maybe you’re even their dream owner! <3

No dog ever tires of seeing his life 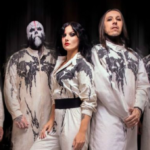 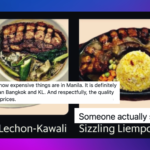