The Pirates of the Caribbean’s star appeared as MTV’s famous mascot, “Moon Man,” at the VMAs. In his astronaut suit, he delivered one-liners in between the commercial breaks.

While many were happy to see Depp at the ceremony, Whitney Heard slammed MTV, calling the channel ‘disgusting’ and ‘desperate’ for ratings.

Heard took to Instagram to express her sentiment over the alleged domestic abuser’s cameo.

In her Instagram story, she shared a message “I stand with Amber Heard.” It comes along with a graphic that displays the Aquaman actress’ photo and the logo of “VMA” renamed to “DVMA,” with the first two letters seemingly referencing domestic violence.

“You’re disgusting and clearly desperate! I really hope that none of the people that this call have daughters,” Whitney Heard wrote.

It can be remembered that Johnny Depp had a controversial legal dispute with ex-wife as he was accused of physical abuse. This June, the court ruled that Heard needed to settle more than $10 million for damaging Depp’s reputation. She then appealed the verdict and called for a mistrial which later on got denied.

The incident took a toll on the actor’s career. Depp is now slowly reclaiming his spot in the limelight. He is reported to direct a film again for the first time in 25 years and is set to return to the big screen anytime soon. 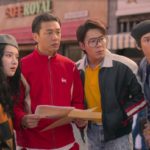 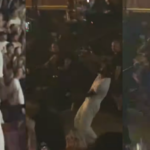