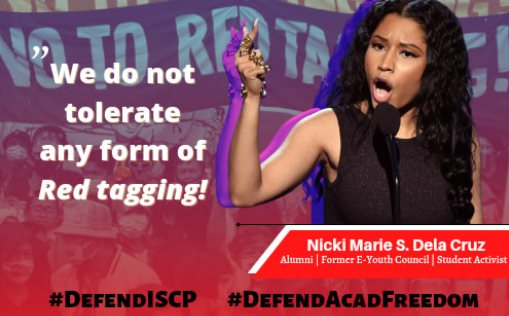 We’re all proud Blue Aspins at this point.

The International State College of the Philippines, also known as the “ISCP”, has been continuously making waves and noise all over local Filipino Twitter and Facebook.

The reason? Their cleverly made-up course offerings paired with Filipino meme culture, personalities joining in the school’s gimmicks, and their announcement posts and website looking 1023298x better than most real schools.

But wait, where did this International State College of the Philippines first begin?

The memes and hilarity began last July 31, 2022, when the ISCP Facebook page was first created. As of writing, however, the page is currently unavailable. But seeing as how vast their reach has come in just a matter of days, you’ll get to see at least one or two references all over Twitter, Facebook, or Reddit.

Or better yet just take a good look at their official International State College of the Philippines website. They’re complete with their main course offerings, entrance exam results, ISCP Publication, and they even have their own hymn and “mission & vision”.

In fact, the “ISCP” has become such a hot topic that it already captured the hearts of most Filipino Gen Z on the Internet.

International meme culture wish they know how to speak tagalog and understand Filipino memes' contexts. ISCP is a culmination of a lot of our gathered humor and I'm living every time i see a new post 😭

I know ISCP is a satire university, but omg, the amount of effort and skill for all the pubs and videos?! They look so much more legit than the ones published by legit unis HAHAHA,

IT SHOWS HOW YOUNG FILIPINOS ARE REALLY SO GOOD WITH THEIR CRAFTS!!

what the fuck talaga. at first, i really did know that ISCP was a satire/meme page. however, i didn't expect that many students or ppl to believe what they were posting. turn off malala talaga 'yan jusko. HWA JSWAGBSFSBWFSWABABABWS pic.twitter.com/RlHTDZ9bb6

ISCP is definitely the one of the coolest meme that created by a filo. The ideas and concepts are so mind blowing lol https://t.co/9qEjKePs5D

To be able to get the jokes posted on ISCP, you should have knowledge on memes and videos posted online way back years ago.

Talk about dedication! The International State College of the Philippines has a dedicated COVID-19 page in their official website. Whoever made this, they really took "do it for the memes" to a different level! I suggest they add a history page hehe. #ISCP pic.twitter.com/pRHOPKpzxz

not iscp having a better website than real schools nauuurrrr 😭😭😭

ISCP is my new MBTI 😭

they even did an entrance exam on gforms yesterday. they have nice pubmats, an ID, a uniform, and against the marc0ses. what made them funnier are the serious captions then the photos/videos are pure meme i mean, BA Psychology – Major in Gaslighting?? ISCP lang malakas!😭😭 pic.twitter.com/IbrypcUlEz

Ok due to public demand I now accept my appointment as Dean of Education. I now require all my students a 10 word reaction paper on this article. Guidance ang hindi sumunod. #internationalstatecollegeofthephilippines https://t.co/lwOm0OZyYh

Take note, an actual personality was fooled by this seemingly legit-looking website/satire-meme page. That’s how real the whole thing looks. And it’s not just an isolated case where it happened to just a small group of people. It actually did fool a lot of people online.

Want to be a full-blown Blue Aspin and be a witness to the actual impact of the ISCP? Join in the fun right here. 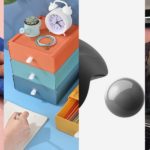 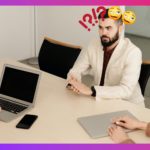