Coach Reno Ursal is making his directorial debut with the upcoming coming-of-age musical drama film And One. While And One won’t be out until next year, its theme song “Relentless” has already been released.

In an interview with POP!, Coach Reno Ursal and Martin Martinez talk about “Relentless”, how it opens up a conversation on Philippine mythology and folklore, and how And One is a story about family and its impact on one’s life.

Coach Ursal shared that “Relentless” is inspired by the struggles that he experienced in life and the idea that overcoming such struggles is a continuous process.

“Relentless” is an easy-going pop track that, according to Coach Reno, reflects the idea of shining bright and not being scared to shine. The song is sung by the main cast of And One – Marella Sabio, Martin Martinez, and Jules Aurora. As the lyrics of “Relentless” give hints about the plot of the upcoming film, it also reflects its roots in Philippine culture. As the song goes into the chorus, the lyrics mention Mayari and Tala, two goddesses from Philippine mythology. Mayari is the goddess of the moon, while Tala is the goddess of stars.

With the song “Relentless” and its reference to two deities from Philippine mythology, Coach Ursal hopes that it would open a conversation about our culture and our folklore, which has long been buried underneath the country’s history to the point that many Filipinos are no longer familiar with it. With talk of Philippine mythology having a resurgence recently, Coach Ursal hopes to be able to add to that conversation and teach others, not just Filipinos, about our rich culture and folklore.

“I’m hoping with every family that has young ones, aunties, uncles, parents, father, mother, little kids, it’s something within the family that they can start talking about, because there’s more information about it now,” Coach Ursal said. “And hopefully through a song like ‘Relentless’ they will feel inspired to talk about it, and even for those who aren’t familiar with the culture, they’ll ask, ‘Who’s Mayari? Who’s Tala?’ and then it’ll start a conversation.”

It seems that “Relentless” is indeed opening up a conversation about Philippine folklore. Martin Martinez, who plays Robbie Alvarez in And One, actually sets an example for this. In the interview with POP!, Martinez said that he has become more aware of Philippine mythology through the song “Relentless.”

“We have to talk about it because it’s something that’s part of our culture that I was unaware of that I’m now aware of and it’s really inspiring,” he said.

And One and its themes of tragedy, loss, and family

Coach Ursal shared that the story idea for And One has been on his mind for a while, even before the pandemic. According to him, the story is inspired by the different families he has come to know through his career as a basketball coach in Northern California. As a coach, he mentored aspiring basketball players from families of different backgrounds, and while he coached them he also got to know their families and heard of some struggles that they may have been going through.

And One is about Filipino-American teenage basketball players and their journey to overcoming tragedy and loss. The film is a coming-of-age musical drama that highlights the idea that yes, tragedy and loss are indeed real and hard to deal with and that everyone has their own way of dealing with it. The film also stresses the significance of family and friends, and how these relationships make an impact on our lives.

In connection to “Relentless”, the song is sung by the characters in the film. The song begins with Mia Manalo (Marella Sabio) singing about being frustrated with the struggles she is facing, but as the song goes on, Robbie Alvarez (Martin Martinez) reminds her that he and her family are there for her to support her.

A love letter to the Filipino diaspora

For Filipinos, it’s been pretty rough these past few years, but despite it all we continue to fight through the struggles – we remain relentless through it all. With “Relentless”, Coach Ursal gives a nod to Filipinos’ tenacity and determination to power through the challenges we face.

Meanwhile, for Martinez, he is grateful for the experience to be able to take part in telling the story of And One. The musical drama revolves around a Filipino-American family, which makes it a platform for representing Filipinos and our culture, and through “Relentless”, it also sparks a conversation on our culture and folklore. “I always wanted to do a film where my grandma – my lola – would watch it and she just sees people that look like us,” Martinez said.

And One is set to release in 2023. “Relentless” is now available for streaming on Spotify and Apple Music.

Watch the teaser for And One below: 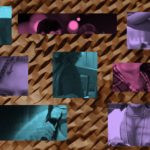 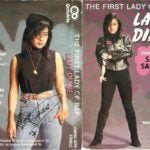