The “Queen of Pop,” Madonna, has announced that she has “finally entered the metaverse” after purchasing the non-fungible token (NFT) collectible Bored Ape #4988. The singer has now become the latest celebrity to join the Bored Ape Yacht Club (BAYC) NFT collectors.

On March 25, Madonna revealed her purchase in an Instagram post, saying, “I finally entered the Metaverse… My very own Ape! What should I name her? Thanks [Moonpay]. We all need protection from Evil Eye.”

Aside from Bored Ape #4988, the singer-songwriter already owns numerous NFT collectibles. Statistics said that Madonna currently has 17 NFTs from eight different collections. The Bored Ape Yacht Club NFT collection holds the most expensive floor price with a current value of 103.69 ether. Apparently, Madonna paid 105% more than the collection floor and 57% more than the adjusted floor price to acquire the NFT.

Madonna also thanked Moonpay, a crypto wallet that has been involved in purchasing high-priced NFTs for celebrities like American rapper Wiz Khalifa. He leveraged Moonpay in purchasing Bored Ape #1506 around the same time as Madonna’s purchase.

Madonna has joined a list of celebrities who bought their own BAYC NFTs. This includes Justin Bieber buying his first Ape for $1.3 million and rapper Eminem who spent $460,00 worth of ETH to purchase his own earlier this year.

In addition to Madonna, Khalifa, Bieber, and Eminem, BAYC NFTs are also owned by Paris Hilton, Gwyneth Paltrow, and Shaq. 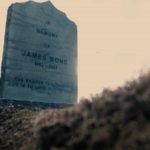 You can visit the James Bond memorial in the Farroe Islands 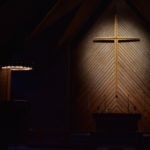