You can visit the James Bond memorial in the Farroe Islands

Note: Major spoilers ahead for the 2021 film No Time to Die.

The latest James Bond film, 2021’s No Time to Die, provided audiences with a somber conclusion for Daniel Craig’s 007 character and arc.

In the film’s final scenes, we see Bond peacefully watch a firework-like parade of missiles raining towards him as he sacrifices himself for his family’s safety. He passes away on a fictional island and evil lair owned by the main antagonist in the movie – Lyutsifer Safin (played by Rami Malek). Now, anyone can visit the island where the spy had his final resting place.

Bond’s death scene was filmed in Kalsoy Island in the Farroe Islands – an archipelago in Europe. Recently, a tour popped up on the Farroe Islands tourism website called “the official James Bond tombstone tour.” It is a seven-hour tour wherein a farmer in a nearby village acts as the tour guide and takes the client on a hike around the island’s beautiful sights and sounds. The tour guide (referred to as King of Kalsoy in the No Time To Die credit list) also helped the No Time to Die film crew during their stay on the island, so he’d have a lot of behind-the-scenes stories to tell.

The tour’s main attraction is a James Bond memorial tombstone on the edge of the island. It reads, “In Memory of James Bond. 1962-2021. The proper function of man is to live, not to exist.”

It will certainly be a memorable experience to visit the grave of the most iconic spy character in recent movie history. The fact that Kaloy Island is such a pretty combination of mountains, valleys, and greenery certainly adds to the tour’s attractiveness. If you have the time and money (the tour costs around 2000 Danish Krone or PHP 16,000) to take a vacation to Europe, this tour should definitely be on your bucket list. 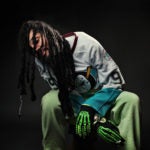 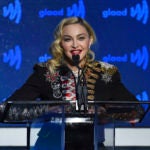