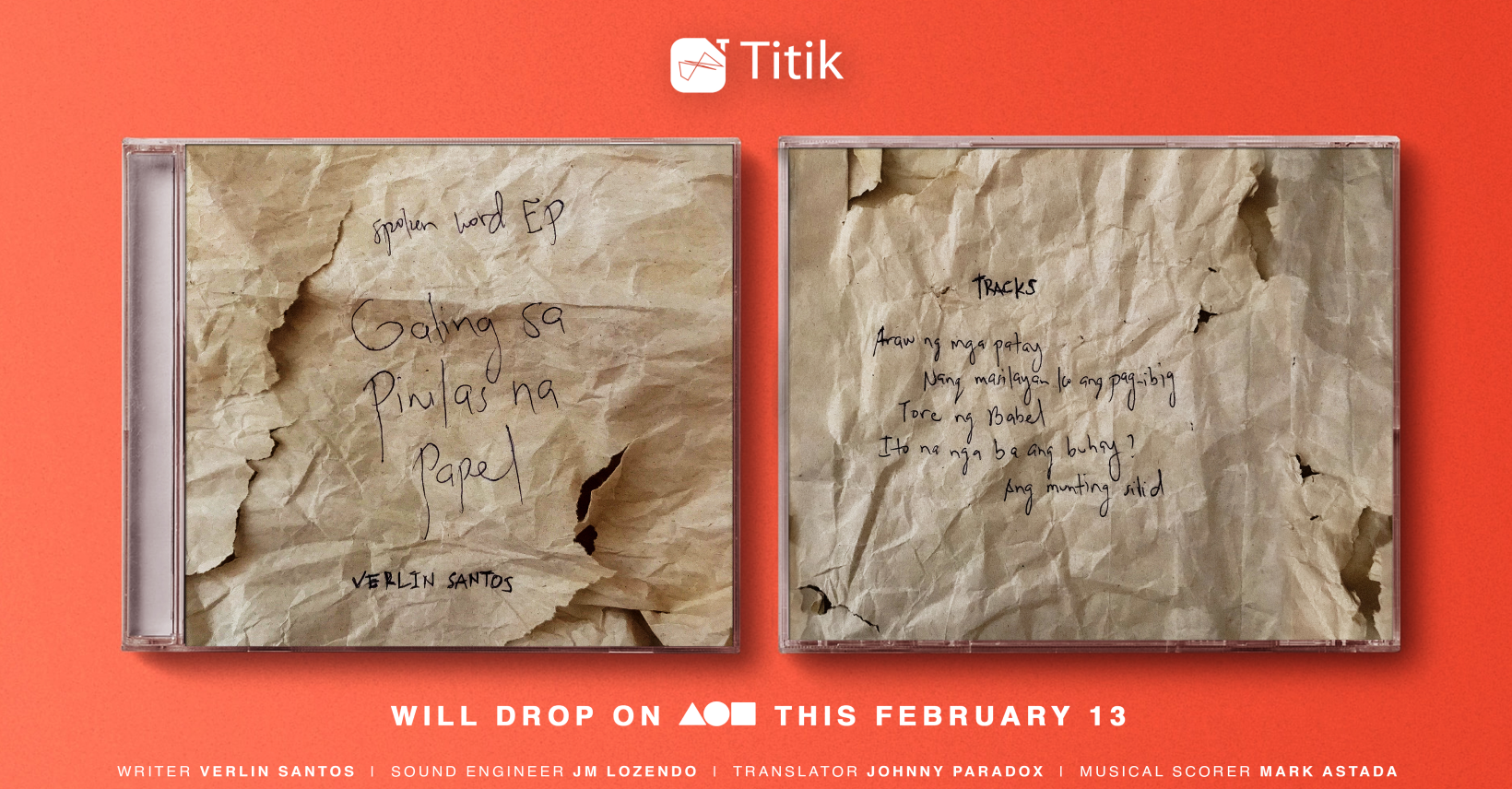 As Filipino artists continue to play a big part in growing NFT communities, John Verlin Santos, founder of Titik Poetry, is set to launch his first spoken word EP on the NFT market.

Entitled “Galing sa Pinilas na Papel”, his genesis EP is slated to be released on the 13th of February 2022 on Foundation, an Ethereum-based NFT platform. The said EP launching is sponsored by First Mint Fund, an organization that helps Southeast Asian artists mint their first NFTs by sponsoring the gas fees needed for the minting process. 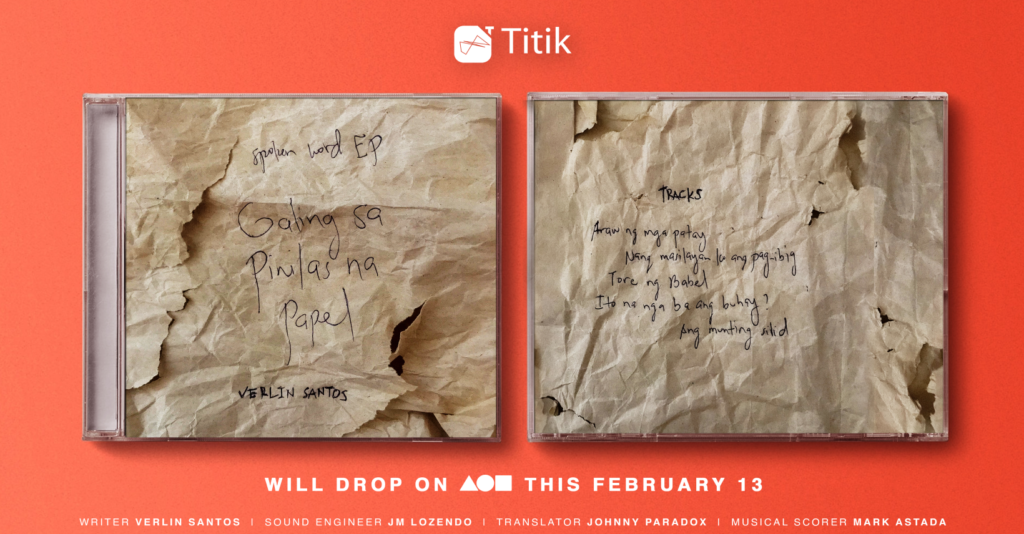 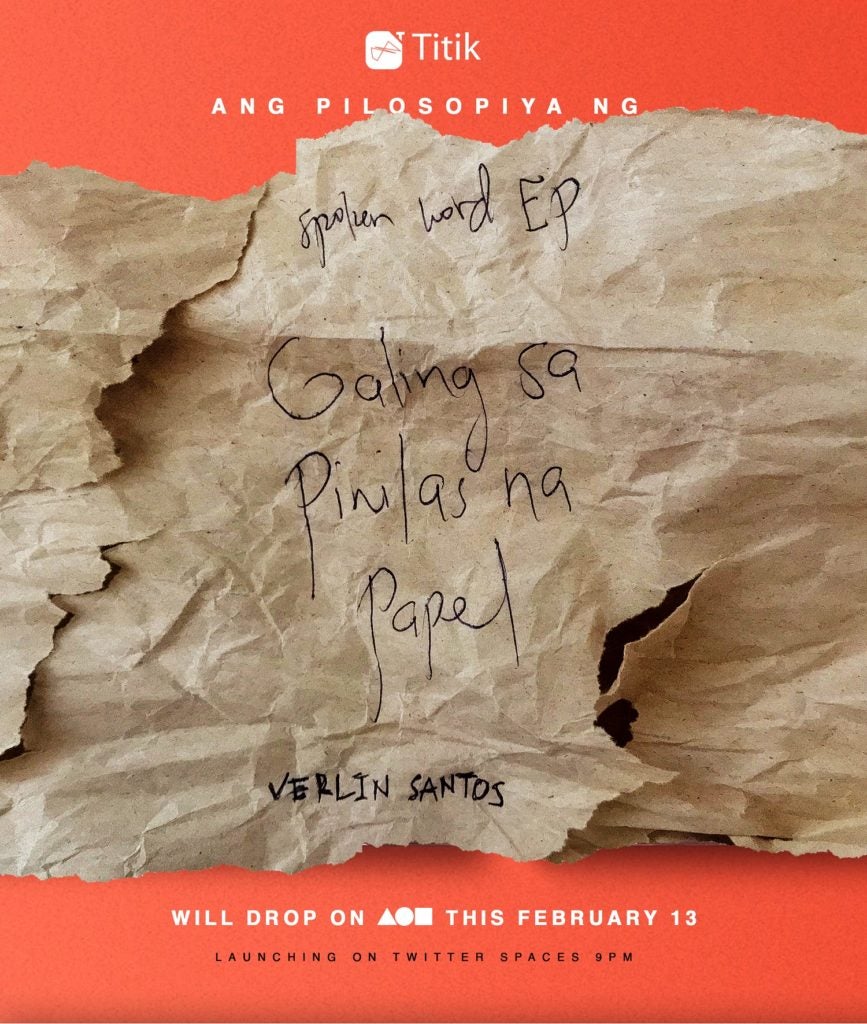 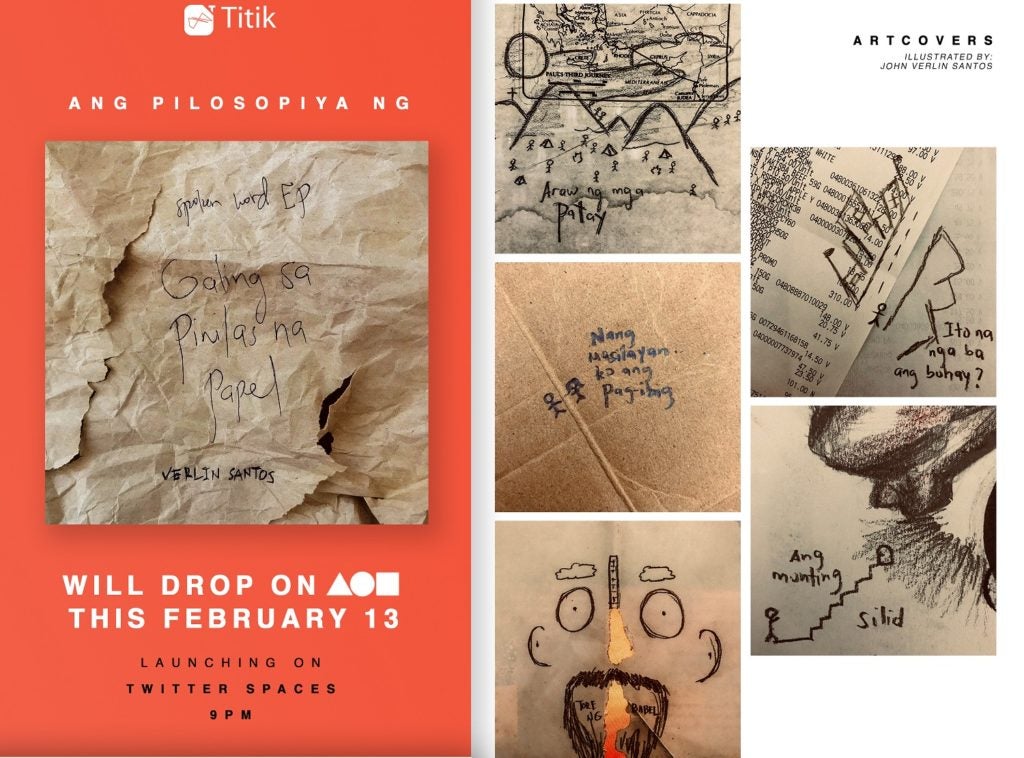 As the founder of a writing collective which aims to make spoken word not only a form of entertainment but also a platform for education, Verlin Santos’ first album will mainly speak about the five greatest lessons about love, money, life, death, and art which Verlin ventured through in the springtime of his life. The album will be available in Filipino and English translations to cater to a wider audience demographic.

Last month, Verlin Santos also released a dual full album NFT collection on the Tezos Blockchain named “KONSEPTO | KONTEKSTO” which talked about inspiration, self-worth, individuality, faith and most importantly, social problems that are taking a toll on the country right now. “KONSEPTO | KONTEKSTO” being the first spoken word album in the Philippines launched as NFT, has resulted to other writers and performance poets to mint their works as well on the blockchain. It has impacted and inspired artists to share their poetry through Twitter Spaces too. 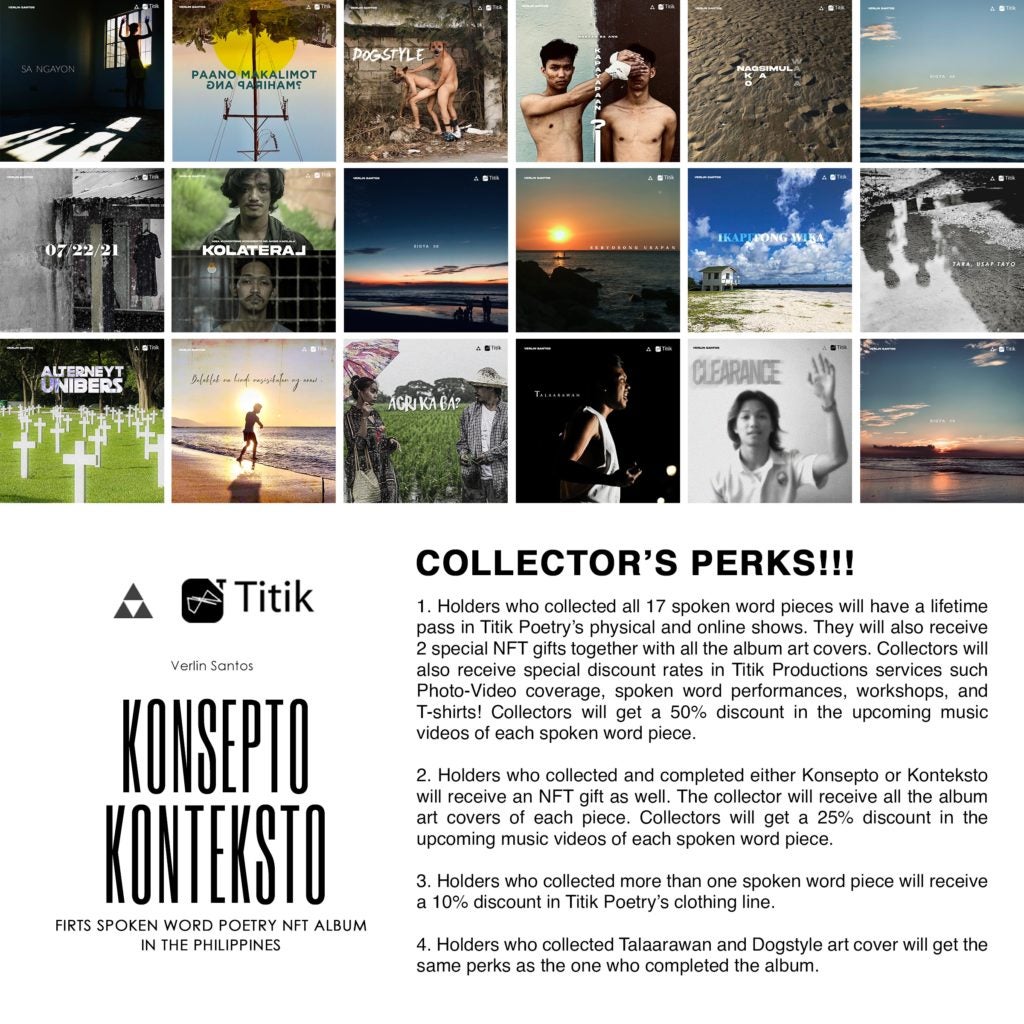 Verlin Santos collaborated with some members of his family in art for this project. He has worked with JM Lozendo, the collective’s sound engineer, together with Johny Paradox for the translation, and Mark Astada for the musical scoring.

More than just another compilation of poems, they have all passionately worked together to curate this revolutionary spoken word album that’s set to rock the NFT world, and eventually pave a path for the future of what was said to be a dying artform – all within the new universe created for the digital age. 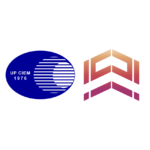 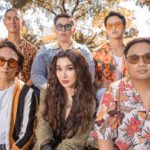