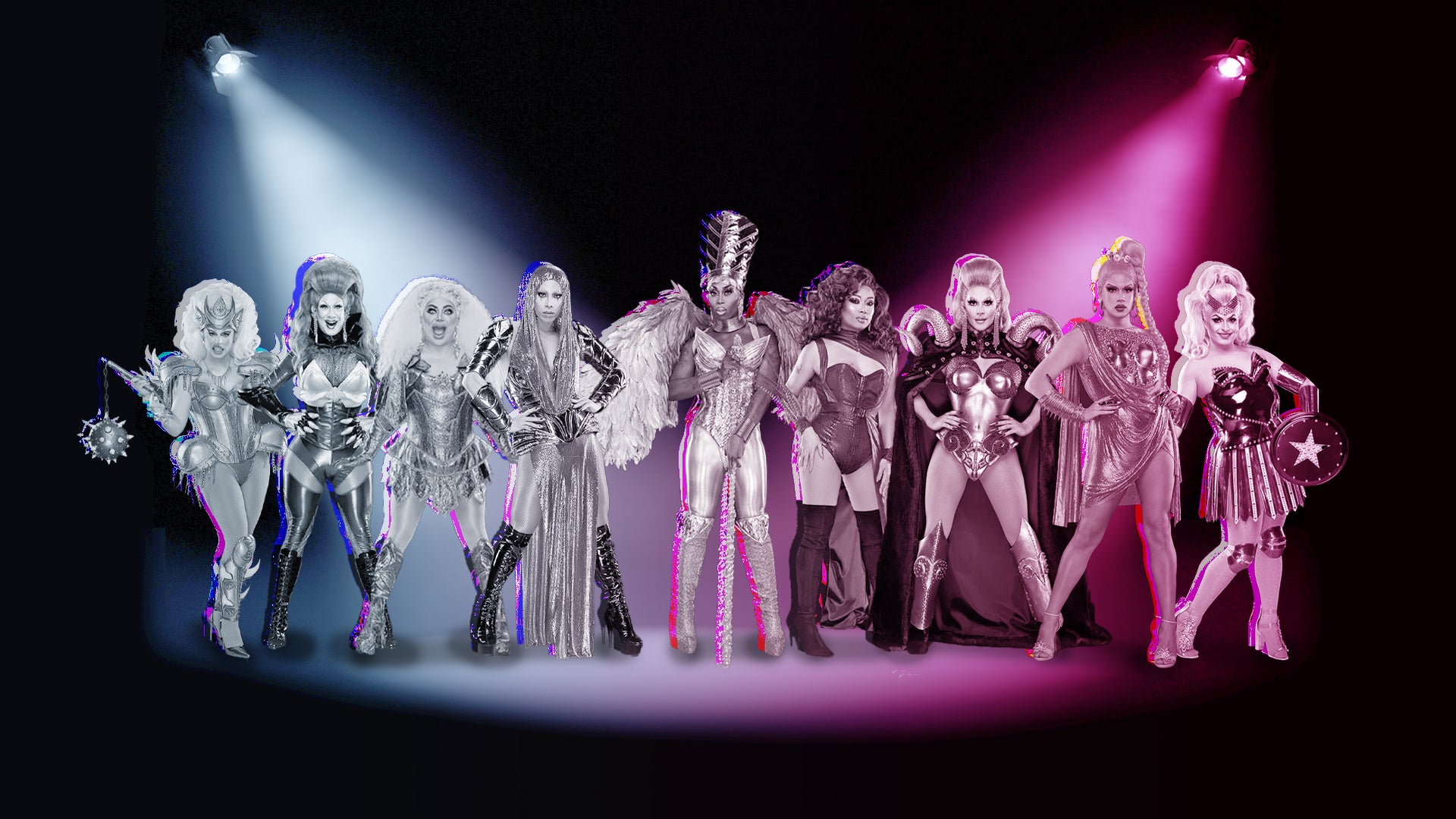 Category is: Global Drag Phenomenon! Racers, start your engines because RuPaul’s Drag Race UK vs The World just ru-vealed the nine fierce queens competing against each other for the title of “Queen of the Mothertucking World.”

On January 17, BBC Three and World of Wonder announced the official contestants for the new All Stars spin-off series. Hailing from the Drag Race franchises across the globe, the nine queens consist of familiar faces coming from the UK, US, Canada, Holland, and Thailand versions of the said show.

RuPaul’s Drag Race UK vs The World was first announced in December 2021 as one of the three shows that will premiere during BBC Three’s relaunch—a UK broadcasting platform—as a linear channel in February 2022. The show is “the centerpiece of the opening night on BBC Three,” according to Variety.

Without further ado, let’s meet the competitors who have the charisma, uniqueness, nerve, and talent and are vying for the title.

The famous woman in Britain is here!

Drag Race alum Baga Chipz is back for the first season of RuPaul’s Drag Race UK vs The World. She first appeared in the UK franchise of Drag Race Season 1, placing in third place and winning the audience’s hearts.

“You heffers didn’t think you were gonna get rid of me that easily, did ya? This time, I’m gonna take the bloody crown,” she said during her promotional video. “I’m going to bring it this time! The wigs, the outfits are going to be MUCH BETTA. I am ready to battle. I’m going to knock them out one by one! Baga Chipz is going to kick you right up in the arse.”

They say, “third time’s a charm,” and Mo Heart is here to prove that.

Formerly known as Monique Heart, Mo Heart appeared in Drag Race US Season 10 where she placed eighth, and Drag Race All Stars Season 4 where she was a runner-up. “Ok, so I didn’t win season 10 and I didn’t win All Stars. But I don’t want to be an All Star, honey. I want to be the Queen of the World! Ok?”

She also added, “I’m not going home. I’m gonna tell the other queens, ‘We thank you for your sacrifice–for getting chopped. May the odds be ever in my favor. Thank you!’”

She’s back and she’s ready to be the Queen of the Mothertucking World!

Hailing from Canada, Lemon is an alum of Drag Race Canada Season 1 where she ended up in 5th place. “In my season, I came in as a dancing diva and I ended up dominating in these comedy challenges. So, I don’t know if you’ll remember me as a little dancer or as a little funny gal, but guess what? I’m all of the above!”

“It is very, very exciting to get judged by RuPaul, but I know that all of the other girls already have a rapport with her so I hope I don’t get e-Lemon-aded.”

This may be her first time competing for the drag race crown, but Pangina Heals is surely the one to look out for!

Pangina Heals is making herstory as the only queen who hasn’t competed before. She appeared in Drag Race Thailand Season 1 and 2 as the host of the show. “I’ve never competed before, I am officially, officially a Ru girl… I hope I make my country proud.”

Place your bets on Chez because she will shine like a star and snatch that crown.

After coming in fourth place in Drag Race UK Season 1, Cheryl Hole will compete once again and she’s more than ready to take the world by storm. “I’m baaack! The queen of Essex herself, repping for the UK!” She added, “I’m not threatened, you better be ready for this international Hole.”

Jimbo’s back and she’s here to claim the crown!

Jimbo came in fourth in the first season of the Drag Race Canada franchise where she was known for her humor and unique looks, impressing and catching the judges’ attention. “I was the robbed queen from Canada’s Drag Race… but I’ve moved on and I’m here to rob someone else now,” she said.

Representing the Netherlands, Janey Jacké is here and she’s “ready, hungry, and feistier than ever.”

Janey Jacké first appeared in the first season of Drag Race Holland where she was a runner-up, losing to fellow drag queen Envy Peru. “I’m going to approach it with a lot of fire, a lot of feistiness,” Jacké said when asked about Drag Race US vs The World.

“They go, ‘Oh, she’s just a pretty girl, she doesn’t have much more than that.’ So I want to break the stereotype of what people think of the Netherlands. Bitch, I got it all. I got the performance, I got the jokes, I got the funny, I got everything in this package.”

Blu Hydrangea is here to slay and paint the world Blu!

Irish queen Blu Hydrangea is a Drag Race UK alum where she came in fifth place on the show’s first season and was known for her impressive make-up skills and eye-catching looks. “Blu is no longer a GSCE art project—she’s a masterpiece baby and I’m here to send some bitches home, home, home, home,” she said. “People will remember me for being Blu by name and blue by nature.”

“I’m ready to make it to the top, and I deserve to reign supreme, but RuPaul still makes me shit myself a little bit, so we’ll see.” She added, ‘When I walked into season one [of RuPaul Drag Race UK], I said, “Let’s paint the town Blu.’ Well, how about we paint the world Blu, bitch?”

Better watch out because the pro is here to win the crown!

“I’m here to take on the world,” she said. “People think I’m a little bit crazy to be doing this again, but I like torture. I’ve been everywhere, and that’s because of Drag Race.”

She added, “There’s no way I’m not getting to the top every single time. I am a pro at this competition, these bitches can learn something from me.”

RuPaul’s Drag Race UK vs The World premieres on February 1 at 7:00 PM on BBC Three. For international fans, the show can be streamed on WOW Presents Plus at 4:00 PM ET.

Get your fab on: Manila Luzon to bring country’s first drag reality show 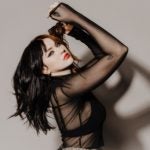