Known for their title tracks “Take Off”, “Moonwalk”, “Turn Back Time”, and “Kick Back”, and for the members’ individual ventures as artists, the K-Pop Chinese boy group has made an undeniable mark in the K-Pop and C-Pop scene.

Formed and managed by SM Entertainment and Label V, the 7-member boy group consists of members Kun, Ten, Winwin, Lucas, Xiaojun, Hendery, and Yangyang. The group debuted on January 17, 2019 with their EP ‘Vision’ with the lead single the Chinese version of NCT 127’s ‘Regular’.

In celebration of their group’s 3rd anniversary, the members posted their greetings on the official social media accounts of the group, as well on their personal accounts. The members also greeted their fans on their Bubble app.

Yangyang’s greeting in particular drew a lot of attention from fans, where he gave his thanks to the six members of WayV for appearing in his life.

To some fans, they may have misunderstood the meaning of his message and focused on how he said “six” instead of “seven”, thinking that he was excluding one member in his message. When in fact, he was referring to the six other members who he considered his brothers. To him, the boy group consists of 7 members. And that’s the end of the discussion.

WeyShennies went on to trend ‘WayV is 7’ on Twitter, to emphasize that the boy group has and will always have 7 members.

for those who dozen know how to count..

WayV is 7, confirmed by yangyang now go cry about it

WayV is 7. Can’t wait for their comeback and I hope it’s a full length album! pic.twitter.com/NdiyQ9bIVx

wayv is 7 and always will be pic.twitter.com/82lAyqrX1S

when yangyang shuts all the haters mouths with just 1 (one) bbl msg gave me goosebumps.
wayv is 7 and i want to add that wayv is 7 (seven) pic.twitter.com/64R0qIv6gF

nctzen 1: happy anniversary wayv
nctzen 2: wayv is 7
nctzen 3: 6
nctzen 4: i've never hear love u this long and so many times

lol not some antis acting like they know lc better than yangyang himself. they’ve been together since god knows when and ur out here calling him out cos u don’t like it that he acknowledged that wayv is 7?? u and ur unsolicited opinion. sit down and go shave your brows or smthng

Ot6 stans keep on barking how wayv is 6. Yet, they also keep on invalidating other members' feelings once they have mentioned that wayv is 7. Do you actually support them or you just want #him to be out of the group? Pretentious mfs, just say you hate #him and leave https://t.co/KhcuWiJ2Ti

WayV is 7. I don't care about you and your stupid opinion of them and me.

Exactly, WayV is 7. If you don’t believe that, then you’re not a real WeyShennie or NCTzen. 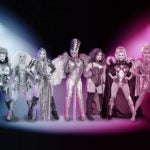