Decked in her Frederick Peralta barong, Manila Luzon delivers her welcome address from the safety of her home in LA, as she joins Cornerstone Entertainment, Inc. The drag queen makes it clear that she has always celebrated her Filipino heritage since her youth. 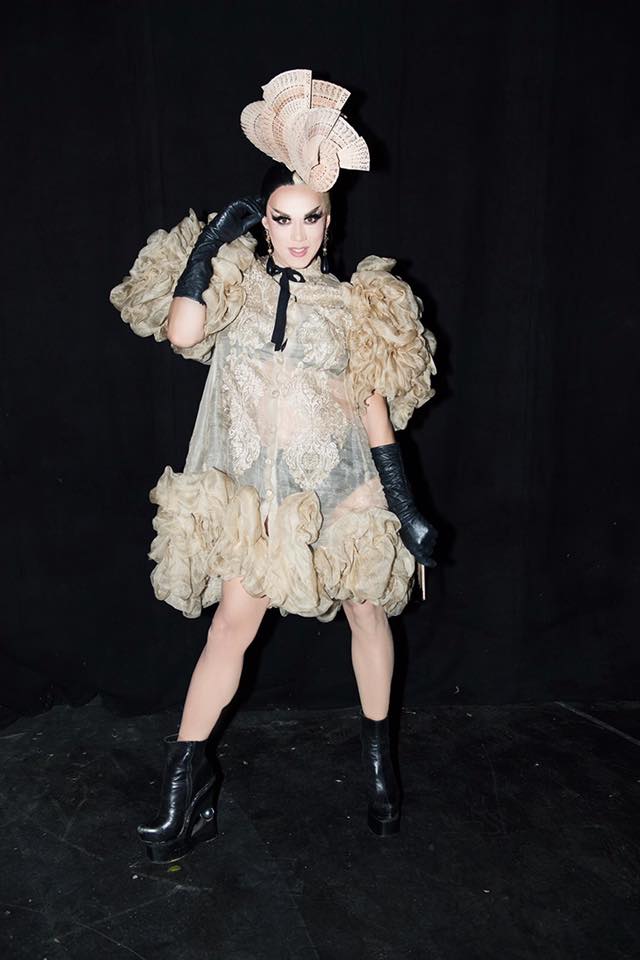 In her welcome address, Manila tells viewers to expect her return to the Philippines “in a bigger way” as compared to her past visits. In collaboration with Cornerstone Entertainment Inc., she hopes to do more projects with the Philippine media at a local level. She hopes to create new music and participate in shows with other local drag queens, to surround herself “with beautiful and talented queens of the Philippines.”

A lot of rumors regarding a Philippine edition of the Rupaul’s Drag Race franchise have been floating around. Manila states that she is not the one to call the shots, although she would be more than willing to lend a hand if it ever did come to the Philippines. She exclaims that “I will be there in a heartbeat.”

Manila Luzon’s welcome address was filled with all things drag, from answering questions about how to introduce the concept of drag to someone who has no clue about it, to her message to aspiring drag kings and queens.

Manila describes drag as an “art form about self-expression,” she states that “drag is an art, created by artists.” Manila believes that in order for drag to enter the mainstream realm, “just being visible will help move the movement forward.” 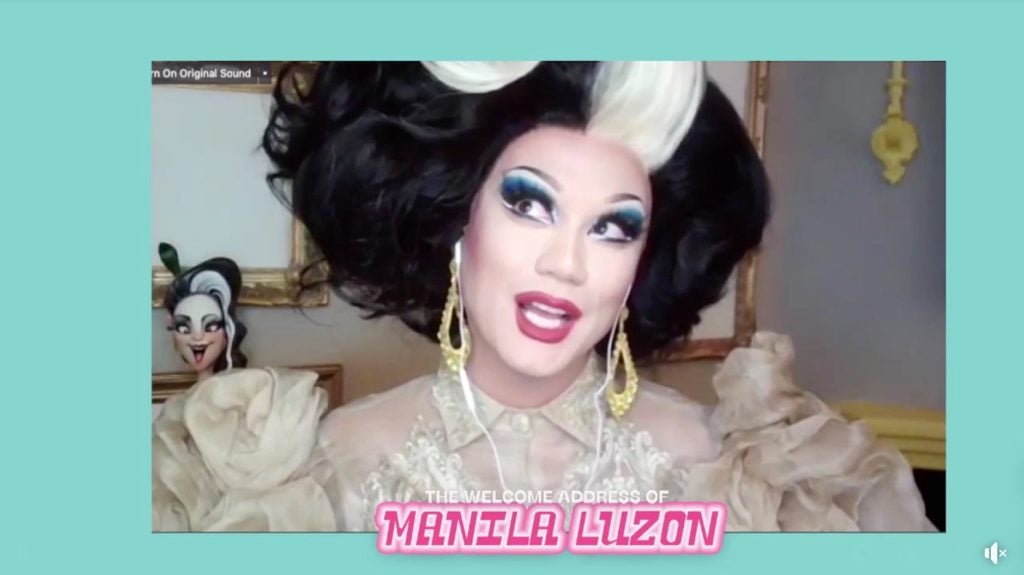 Representation allows audiences to relate more with others, without this it is “harder to be accepting and supportive because you’re not around or aware of it.” Manila reminds her audience that the drag scene is made up of “multifaceted talented artists” who put in their blood, sweat and tears into their work. Their heels may be painful, but it is “what we do for the passion that we have for this artform.”

For anyone curious or unaware of the drag scene, Manila invites you to go to a show “go on and try it.” She says to “see if it’s for you.”

In terms of the acceptance of the drag scene, and the LGBTQ+ in general, Manila believes that “the Filipino people are so fabulous and welcoming,” adding that we are “on the right track for more acceptance.” Manila also brings up the conservative and religious background of the Philippines, claiming that through our religion we are “taught to love each other, and that’s what it’s all about […] We all have the capability of loving everyone around us.”

For this year’s Pride, Manila urges everyone to “take extra time this year to love yourself.” She acknowledges that for more than a year, people everywhere have gone through their own struggles— she calls people to “take that time to tell yourself, look at yourself in the mirror, you are worth it, and you are able to be loved by everyone around you.” To those in the LGBT community who might be facing some difficulties in opening up to others, Manila understands the struggle that you are going through and offers a sense of hope. “Once you accept and love yourself, everything around you, it just happens, and the things that don’t, they weren’t meant to be.”

Manila Luzon’s message to all the aspiring drag kings and queens is to “keep on pushing.” She challenges that “every time you get in drag, try to improve on the last time you got in drag,” and don’t forget that drag is supposed to be fun, so “just keep on having fun!”

Manila concluded her address by reminding those watching that “there is a huge, amazing scene that you have not even been introduced to yet, but it is thriving, and it is wonderful, and it is a full-on fantasy, and it is right in your backyard full of some of the most creative and talented artists in the world!”

Make sure to await Manila’s return to the Philippines and use the downtime to go see a drag show and support the local queens!

DaBaby gets backlash for controversial remarks on HIV and gay men