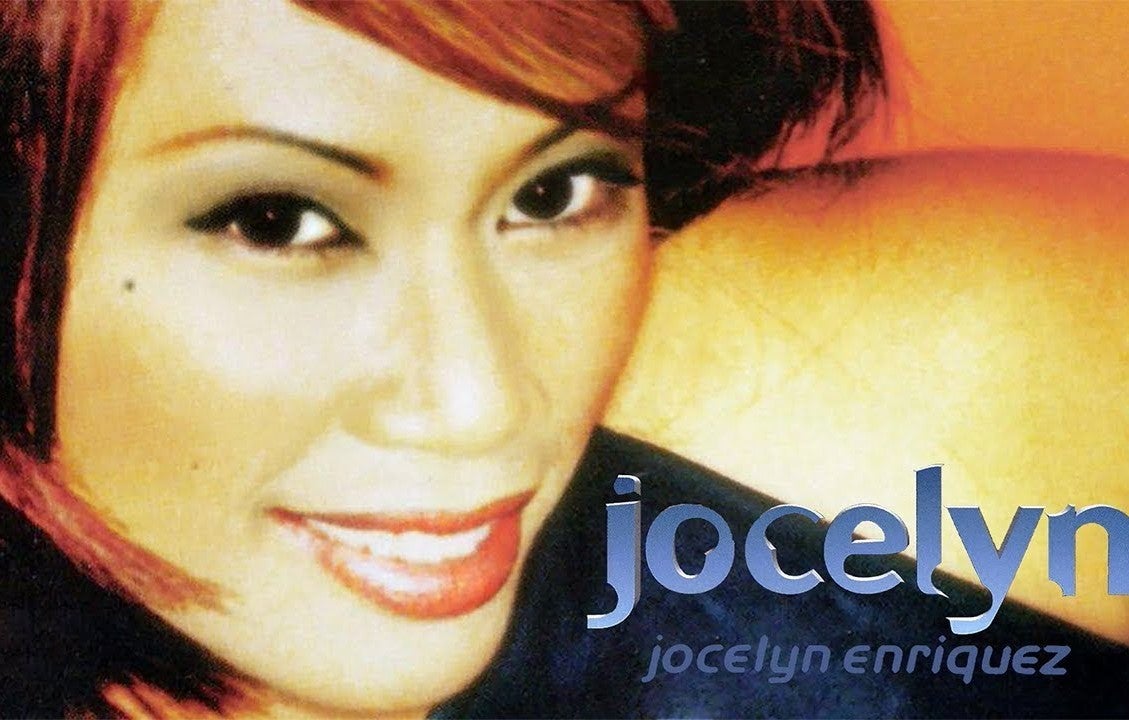 The 90s saw Manila’s glory days of partying and clubbing, it actually set the bar quite high for the years that followed. Manila nightlife was never more alive then, long before the big club names in BGC opened its doors. There were Cubao X in Quezon City, B-Side in Makati, and quaint venues all over Malate for bohemians who shied away from the business district.  But for those who love the limelight and to party with celebrities, there were Giraffe, Lava Lounge, and Hard Rock in Makati, and Music Hall in Greenhills, which were always jam-packed. Party people who were serious corporate employees by day, turned into fierce social animals by night and flocked to these party meccas to hang out, for booze and music.  Big on clubbing, the 90s was also known for house music, trance, acid, dub, and other sub-genres of Electronic Dance Music or EDM.

The mere mention of electronica wave in the mid-90s conjures up images of the vibrant Manila nightlife, of fog machines, open house parties, cross-dressing, live DJs, and yes, the 90s favorite pop freestyle artist Jocelyn Enriquez. What a time to be alive! But now that the nightlife scene is globally on hold, clubbing and EDM have turned into something nostalgic, you hear yourself asking: where and how is Jocelyn Enriquez now?

Jocelyn Enriquez was born and raised in San Francisco, California and begun singing when she was merely three years old. This Filipino American had formal voice lessons with the San Francisco Girl Chorus and San Francisco Opera Company during her childhood, and briefly joined a girl group called the Pinay Divas (alongside by Maylene Briones, Irma de los Santos, and Angelica Abiog) in 1993, when she was still in High School. The quartet was originally formed to perform for a U.C. Berkeley campus organization and to eventually serve as positive role models for young people their age.

Majority of Enriquez’s childhood was spent in San Francisco, where she was blessed with opportunities to flex her outstanding vocal prowess. These stage experiences earned her a recording contract with Classified Records; she was only 16. In 1994, her debut album entitled Lovely, which was launched in 1994 included dance hits “I’ve Been Thinking About You” (which placed at the Billboard’s Hot 100 Singles chart), “Make This Last Forever”, a ballad entitled “You Are the One”, a club anthem “Big Love”, and Freestyle slammer “Only” received lots of citations.

She became an instant sensation in the early 90s which then opened the floodgates of fame for another album “Jocelyn”, three years later. By then, Jocelyn Enriquez has shared the limelight with 90s international artists such as the Fugees, LL Cool J, Mase, Jon Secada, Real McCoy, and Ce Ce Peniston, among others. In 1998, upon her homecoming to San Francisco, she received the Best R&B Artist Award given by the Bay Area Music Awards and was also honored by the “Bridge Builders” Asian American Leadership Awards the year after. She has also done music tours around the United States, including San Diego, Dallas, Detroit, New York, Philadelphia, Las Vegas, Orlando, and the San Francisco Bay area where she shared live performances with musical bigwigs including N’Sync, Color me Badd, Salt N-Pepa, and the 90s group icon, Backstreet Boys.

Jocelyn Enriquez rose to fame in the 90s because of her ability to belt out a unique voice that can accommodate and adapt to diverse distinct music genre, thus she earned the moniker as the 90s Freestyle dance-pop icon.

Her succeeding albums, spawning the hits “Do You Miss Me”, “A Little Bit of Ecstasy”, and her remake of “If You Could Read My Mind” for the major motion picture “54” that starred Ryan Phillippe, Salma Hayek, and Mike Myers—which gained heavy local radio play in the ’90s, especially in the Philippine clubbing scene. These smash hits reached #1 on Billboard’s Dance Maxi-Singles Sales chart, an #15 in Billboard’s Hot Dance/Club Play chart and earned her the distinction as the first Filipino American artist to find success in the mainstream music industry.

With her success in the United States, Enriquez also found international fame when she toured countries like Canada, Brazil, Singapore, Guam, and of course, the Philippines.  With her hits, Enriquez earned her mark as the Queen of Freestyle of the mid-1990s and made this her niche, as the freestyle was at its height.  She was top of mind when the genre of dance music evolved from high-energy, electro-funk with subtle hints of hip-hop.

Enriquez’s music dominated pop radio stations around the world with her synth beats and R&B-style singing. The Manila nightlife party in the 90s pulsed with her Do You Miss Me and If You Could Read My Mind hits. Amidst the aimless chatter and cacophony of house music, and as soon as live DJs blasted these cult favorites, party people immediately congregated at the dance floor with booze in one hand and the other on air, to signify that another riotous fun night had only just begun.

When was the last time you descended into a hidden basement that led to a huge party room within Poblacion, or do you still remember how you bopped your shoulders and bobbed your head to Enriquez’s hits in a posh Makati clubbing venue?  These are just far-fetched and nostalgic now, with the global clubbing scene in a pause mode. Just like Enriquez, who is also currently enjoying a life on pause, but a happy one, with her family.

She is married to her Pastor husband Alain Macasadia, and together with their children they serve in full time ministry in San Antonio, Texas. Even when she has dedicated her career in religious service now, she still smiles when people (especially Pinoys abroad) approach her and share how they loved dancing to her songs at family get-togethers, fiestas, and in disco houses then, and still couldn’t believe how her music impacted the 90s. 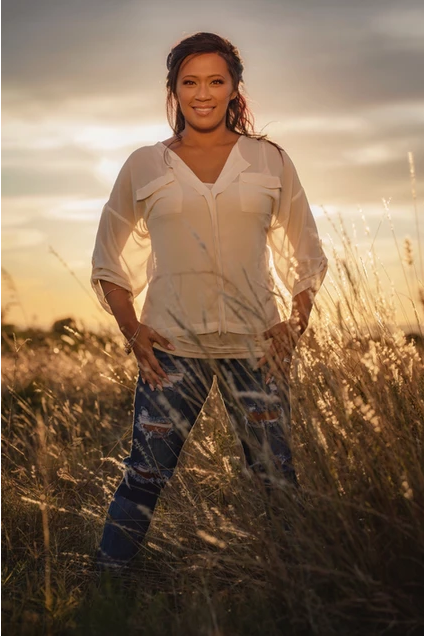 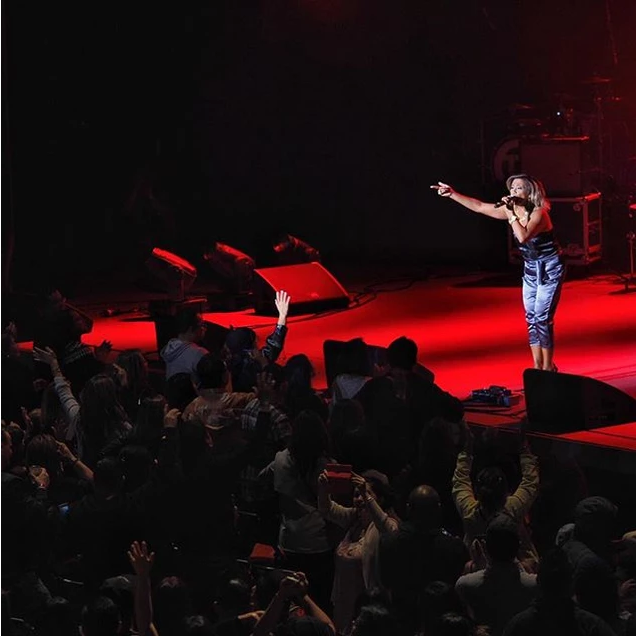 During performance for a Filipino American community event at the Greek Theatre in Los Angeles in 2016, Jocelyn Enriquez rendered songs together with fellow Bay Area artists, Pinay, Kai and DnH, and it surely reignited her excitement and love for singing live.  Now, almost two decades being under the radar, Enriquez is getting back to living her being a freestyle queen, although no details yet have been disclosed.  When she released a new single “To Love Again” recently, people surmised if it was going to be the springboard of a massive comeback.  But Enriquez confessed that it was not a comeback because she hasn’t really left music; that while on a hiatus for almost 20 years, she has kept creating music but just didn’t perform on stage. However, when she does in the future, that this time, she wants to collab with American Asian’s new generation of music artists.

While she emphasized that family and ministry work still remain on top of her priorities, she is slowly easing up in her studio, creating new music now because it is what she loves doing, and her way of reconnecting to her 90s fans, and making new ones. While we wait, perhaps we just have to keep humming the lines of one of her hits: “The radio plays our favorite song. And it’s what keeps me holding on…”, until a new Jocelyn Enriquez song blasts from our music streaming apps now, and in club parties of the future.

Dawn of the Geeks: Ruling the mainstream, the promise of Pinoy pop culture 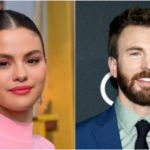 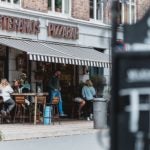