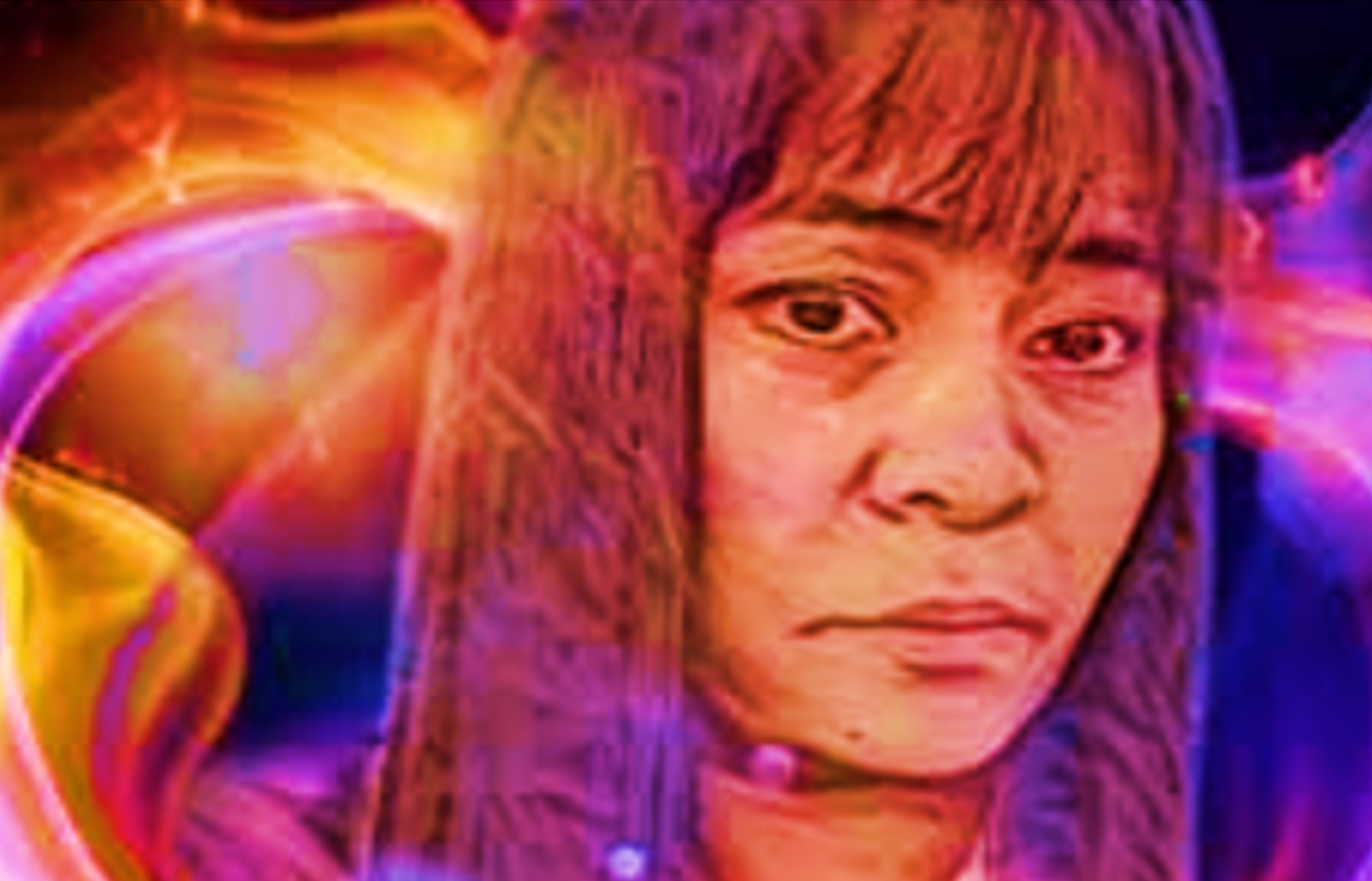 Move over, Madam Auring, there’s a new seer in town—and she has over 4-million followers and does not need a crystal ball, thank you very much. Her name is Rudy Baldwin, and yes, Rudy is a she. But no, she’s not related to the Baldwin brothers of Hollywood fame.

While she may not be a Tinsel Town A-lister, she’s a celebrity in her own right, on local shores. But the glitz does not come from her acting chops, but from her self-proclaimed psychic abilities—as well as her penchant for posting in all-caps, as if screaming her prophecies to all who are willing to listen. Her Facebook posts are always prefaced, as well, by a reminder to follow the account with the blue check (“IPAALALA KO ULIT SA LAHAT NA ANG PAGE KO AY ISA LANG ATE BLUE CHECK.#ITO”), just in case you don’t have the psychic ability to discern the fraudulent Rudy Baldwin accounts from the real deal, of course. 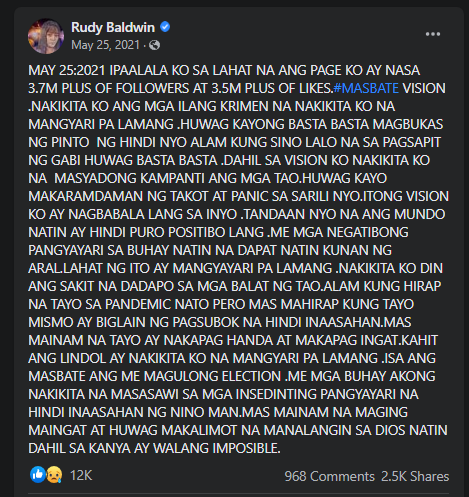 Now, before you dismiss Baldwin as nothing more than a charlatan, sham, or snake oil peddler who preys on the feeble-minded, have a look at her following. A cursory scroll through her followers list (you will have to do a little bit of stalking, here) reveals a diverse group: you have business people, actors, professionals, students, homemakers, and the like. You may even be surprised to learn that you have more than a handful of friends who are Baldwin followers. It is a strange cross-section of Philippine society that makes you wonder what on earth (or beyond earth?) is the fascination with this otherwise normal-looking middle-aged woman?

A fascination for fortune (and beyond)

In general, people have long-been fascinated with fortune telling and its many forms because of an innate desire to bring certainty into their lives. This human longing for a degree of assurance dates hundreds of years back; to the Ancient Greeks, actually, who looked to the Oracle of Delphi for answers. Then of course, you have Nostradamus, whose prophecies were held as gospel truth by the aristocrats of the 16th century. In modern days, there are a slew of astrologers, diviners / readers (of everything from palms and prism-cut crystal balls, to tarot cards and tea leaves and all else in between), and “Psychic Readers and Dream Translators” like Baldwin. Why, even fortune cookies are often revered as wise sages of the future!

In the Philippines, this fascination with one’s fortune and the unknown is not just a way of snagging a semblance of sureness about one’s life and satisfying one’s curiosity, but also a way of escaping reality. Life is often very challenging in the Philippine setting; so much so that there is a surreal, bordering on absurd, aspect to it. And this bleeds into everyday life.

When pop culture and the paranormal collide

This penchant for “manghuhulas” and the more metaphysical, otherworldly side of life has melded with pop culture before. Think back to the 70s (or, ask your parents about it). Remember Johnny Midnight and his “toning” radio program?  The Filipino radio and television broadcaster had thousands of people up at midnight, listening to his chants, sitting under pyramids, and drinking “energized’ healing water. Go figure. Fast-forward to the present day and you find this same enthralled amusement, say, in the cult classic comic book-turned Netflix show, Trese, and over the likes of mystics as Baldwin—only her platforms are not the airwaves of AM radio, but the digital seas of social. While Midnight (who has since passed on) and Baldwin may have different “areas of specialization,” both draw from the same numinous wellspring of all things “wwwooooooooo!” And, if her fanbase is any indication, whatever she’s doing works (for her, at the very least).

Baldwin claims to have “visions” of events to come: from fires in certain cities and earthquakes across the nation, to misfortunes set to befall popular personalities as well as accidents about to take place. And, of course, every single one of her “prophetic” posts are, you guessed it, written entirely in uppercase. Because, you know, credibility authority, and emphasis.

In an interview with Rated K host Korina Sanchez in January of this year, Baldwin claimed to have predicted some events that have come to pass, including: the eruption of Taal Volcano in 2020, the 6.3 quake in Batangas, the death of singer April Boy Regino, Typhoon Ulysses, the sinking of the Panamanian Gulf Livestock 1 sea vessel and another boat in Mabini, Batangas, among other cataclysms.  And, as if 2021 were not already challenging enough, Baldwin foresees a number of unfortunate events for the year, like major quakes, plane crashes, a pandemic of the skin, and a string of celebrity tragedies. At the end of the interview, she also throws in a commentary on the power of prayer to avert these catastrophes—for good measure.

While Baldwin definitely has a solid following, not everyone on that bandwagon is a believer. Some are there simply for the thrill of the ride, whereas others are there to heckle. Then, there are people like actress-cum-blogger Mystica who are out to bring Baldwin down. There are those who do not see Baldwin’s “gift” as a channel of curiosity or a portent of possibility, but as a powder keg of paranoia. Her predictions fuel fear, apart from fascination. Then again, there is always an element of excitement in the fearful, and, just maybe, that rush is what people are in search of.

Whichever side of the fantastical fence you find yourself on, DON’T FORGET TO LOOK FOR THE BLUE CHECK PAALALA LANG PO SA LAHAT.

Now, if only Baldwin can foresee if Netflix will renew Trese for Season Two. 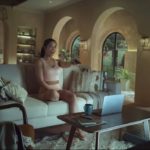 Vibe with a purpose as DLSU BMS hosts its first-ever digital festival, REVIBE: Sync to the Beat