From its etymology of “a socially undesirable person who lacked any skill or ability,” or the stereotype of a social outcast, the definition of geeks has since leveled up to become the heroes of pop culture— racking up years worth of XP as a testament to how they were indeed ahead of their time. Now, geek culture is widely embraced and has traversed to mainstream media.

No longer considered to be a niche market, it seems like geeks are now dictating which stories are deserving of a platform and global reach. What was once only found in the panels of comic books has now become a cinematic experience, where audiences of all ages can find a character that they connect with— even if they’re not power-wielding and spandex-wearing superheroes themselves. 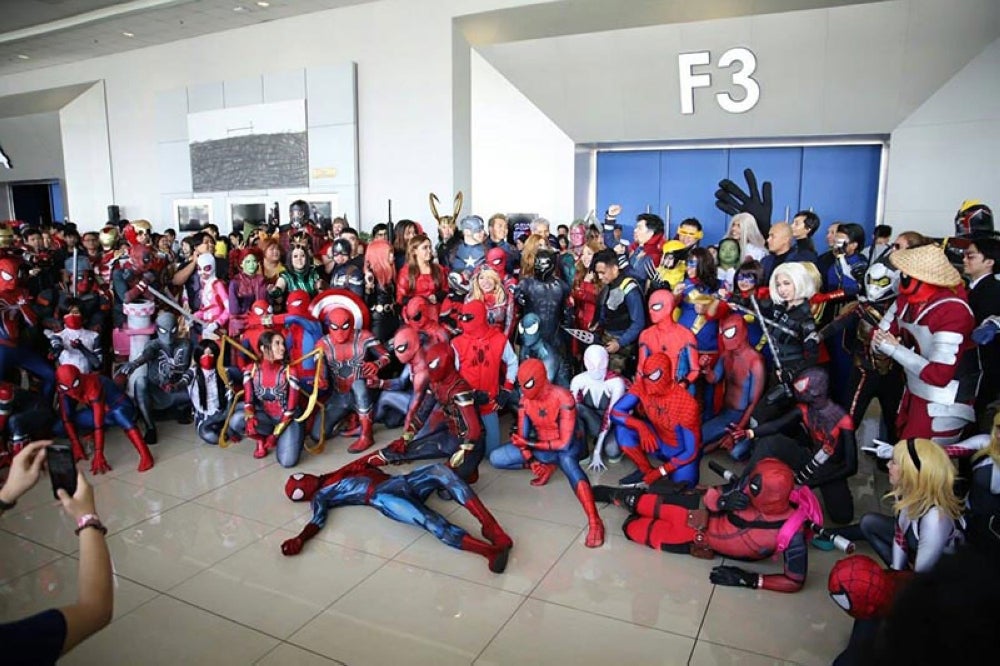 The power of fandoms

As long as fans continue to partake in the lore of their beloved fantasies, and show up to the midnight premieres of sci-fi blockbusters, geek culture will live on until the end of time. Geeks have made significant impacts all throughout pop culture history, from inspiring creative movements to even saving entire franchises.

In 1968, Star Trek: The Original Series was doomed for cancellation due to low ratings, but loyal viewers of the show weren’t willing to let go of “the best science-fiction show on the air” just yet. When rumors of its fate spread, Bjo Trimble and her husband John persuaded fellow Trekkies to write to the network in hopes to save the program. According to an NBC executive, the network received more than one million pieces of mail but only disclosed a figure of 116,000 letters. 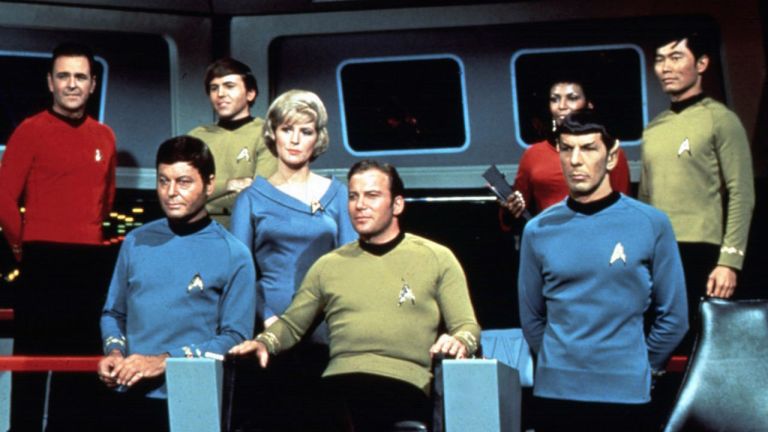 The overwhelming response from fans led NBC to renew Star Trek: The Original Series for one more season. While it’s time on air was short lived after three seasons, it would return decades later to cement itself in modern day pop culture.

Geek culture not only brings change to fictional stories, but also with the fans themselves. In a digital age where media is more accessible than ever, audiences are not just consumers but creators as well. With platforms like YouTube and Spotify, there are spaces online for people to share fan-made content and even spark conversations with others around the world.

Proud self-proclaimed geeks like Anica Neri and Joshua Timoteo find comfort in having a community to turn to— giving them that push to start their own podcast, Popcorn Chatter, dedicated to anything and everything of pop culture. While they face real life responsibilities in the day, Popcorn Chatter provides an escape for them to just enjoy and create out of their love for all things geeky.

“Geek culture is such a huge part of Pop Culture and I think that us, geeks, bring so much to it,” shares Anica Neri.

“It’s definitely not a perfect community and there are so many other issues that happen within but when geeks see ourselves or any good written representation of us on the screens of our laptops or on the pages of our comic books; we’ll definitely use our strong voices as consumers to boost that platform, support that creator, spread the word about it.”

While we owe it to the fandoms for carrying on the legacy of their franchises, the phenomenon of geek culture wouldn’t be where it is today without the advancement of technology— elevating these fantastic worlds to be fully realized on silver screens. 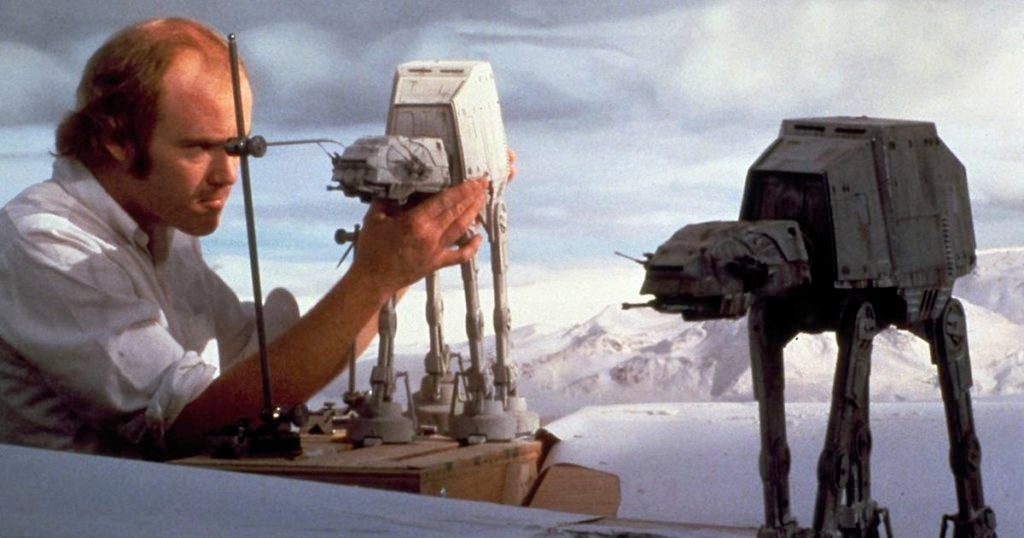 Long before green screens and CGI, there was an era where sci-fi and fantasy movies were once an acquired taste due to its (arguably) campy nature. Innovation at the time meant practical effects, camera tricks, miniature models, and exaggerated scenes, which may come off as laughable or “cheap” now. However, VFX today wouldn’t be possible without these humble beginnings.

A long time ago, in a galaxy far, far away, the Star Wars franchise revolutionized the visual effects industry in 1977. George Lucas’ rich environment of hyperspace was created by hand. With extremely detailed miniatures and computer-controlled motion photography, Star Wars would go on to become a cult classic and a pioneer of sci-fi movies.

Decades later, it has revolutionized filmmaking once again with its spin-off series The Mandalorian. Behind the scenes of the first ever Star Wars live-action television series, actors perform against an LED screen that displays real-time-rendered virtual sets— completely changing the game in visual effects. 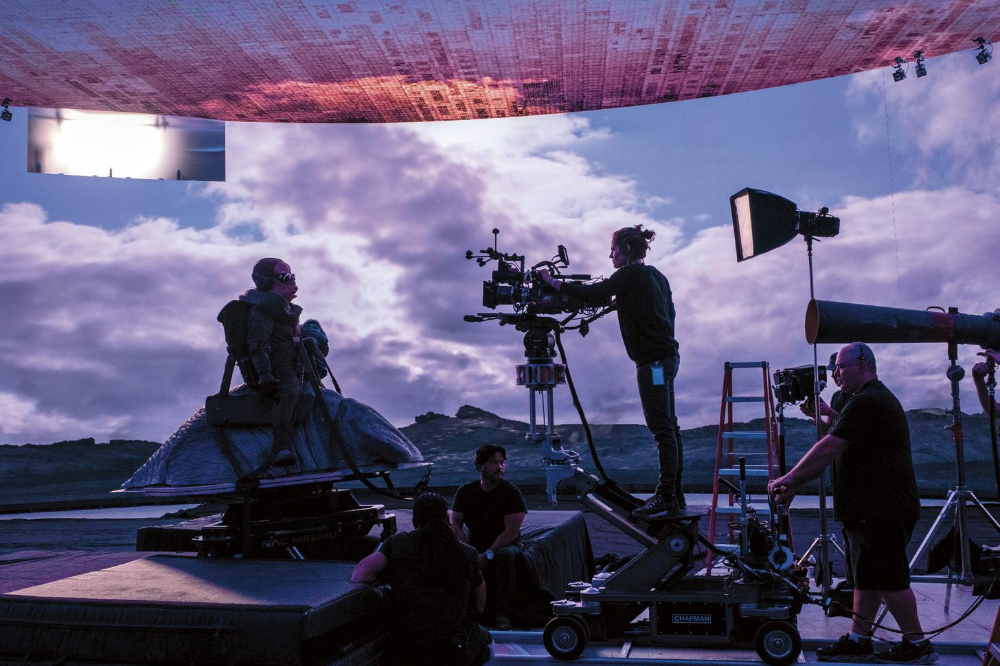 These worlds from geek culture seem more realistic than ever, allowing even the most casual of viewers to completely immerse themselves. Especially for comic books, these stories are able to come off the page and into our screens. Evolving from its self-aware and theatrical origins, these types of movies now make us feel like we could be part of the narrative.

So could Pinoy geek culture be part of it too?

Homegrown stories by Filipino creators have the potential to reach the same level of success as cult favorites like Marvel and DC. Dubbed as “komiks,” these comic strips have had a long history in the Philippines, with some of the first possibly being developed as far back as the late 1800s.

While popular figures like Darna and Captain Barbell were previously adapted for live-action series, not a single Filipino character has yet to go beyond the television screens of Philippine households. It wasn’t until recently when a local comic book would be making its way to a streaming giant like Netflix.

Slated to start streaming this June, Trese is an animated adaptation of the early 2000s crime-horror komiks series of the same name. Inspired by Philippine mythology, the story revolves around a detective named Alexandra Trese who investigates paranormal events and anomalies in the city.

The adaptation has a star-studded cast for both Filipino and English voice acting roles, with Liza Soberano and Shay Mitchell taking on the main character of Alexandra Trese respectively.

You fear them. They fear her. Based on the award-winning Filipino comic book series, TRESE is coming to Netflix on June 11. pic.twitter.com/8ncmut38KO

Announced back in 2018, fans of the original komiks were caught by surprise by the news of an adaptation. Though it took awhile, it looks like people don’t have to worry though as the series appears to have been done justice based on the trailer alone.

Given its familiar anime treatment and reach of a Netflix distribution, it’s only a matter of time until audiences across oceans become fans of the komiks as well.

Pinoy geek culture has birthed unique stories like Trese that deserve to be shared on a global platform. It might be long overdue but it’s definitely a step in the right direction— proving that investing in these storytellers and their art can take us further.

Geek culture has proven itself to dominate mainstream media and the pop culture we consume. Thanks to dedicated fandoms and the possibilities brought by modern technology, these seemingly niche stories have found a home in the hearts of geeks everywhere. So next time you feel like an outcast, find comfort in knowing that you’re not actually alone and embrace the part of you that also sparks joy for millions of people around the world.