Arashi (a name that directly translates to the word “storm”), is a five-member Japanese boy band known for their music that has a mixture of pop, R&B and hip hop.

The group, which consists of members Satoshi Ohno, Kazunari Ninomiya, Jun Matsumoto, Masaki Aiba, and Sho Sakuari, made their debut conference in 1999 and have been a popular idol group in Japan and across Asia since then.

Arashi started gaining commercial success upon the release of their single “Love So Sweet,” which was used as the opening theme song for the high-rating drama series Hana Yori Dango 2, in which one of its members, Matsumoto, plays the protagonist.

After two decades, two of the J-pop group members, Sho Sakurai and Masaki Aiba, made an announcement through their agency, Johnny & Associates, that they are set to marry their respective long-term girlfriends.

The news quickly spread on social media and fans expressed both happiness and sadness for the announcement. Some even thought that the two were marrying each other since their announcement happened simultaneously!

According to the Japanese media, neither wives-to-be are from the entertainment industry, but they have been in a serious relationship with their partners for a long time.

In the group, Kazunari Ninomiya was the first one to get married. He tied the knot with his partner in 2019 and recently welcomed his baby girl last March.

In early 2020, Arashi announced that they would go on hiatus indefinitely by the end of the year.

As of October 2020, the group has successfully sold over 58.8 million copies of albums, singles and videos becoming one of the best-selling boy bands in Asia. 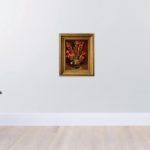 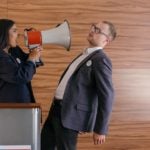