A tweet and a Tiktok video circulated on the internet at the end of September, discussing a significant problem becoming more common in current social media. We can take a look at the two-minute video below:

To summarize, the TikTok user in the video talks about how people in social media can twist something posted in good faith. A commenter can turn a seemingly innocent and light-hearted post into something cynical and foul so that they’d look high and mighty to the general public.

This tweet below is a simplified version of similar occurrences:

the elaborate version of this pic.twitter.com/f4pLpjyjyo

The TikTok user explains the issue perfectly: “People online are in this fantasy land where if every sentence that’s ever uttered isn’t catered to them, and [doesn’t] have every box checked off, and isn’t like a f-cking PHD student’s essay, then they found a loophole where they can feel high and mighty today by yelling at someone for something they didn’t even say.”

For more emphasis, another example is this:

ppl misunderstand something PURPOSEFULLY for the sake of looking like an educated and good person. It’s not anyones fault that they’re misunderstanding something when the tweet was coherent enough for people to understand it’s w good intentions

As a result, many people online have to resort to a ridiculous writing style that includes pre-emptive defense just so that they won’t get hated on by a self-righteous commenter. Here’s an example of that type of post:

*to be clear, I do not think vegans should be ground into Soylent! I am aware as well of the harms of factory farming, as well the dangers of industrial agric

There is generally less freedom to post just a simple thought because of the fear of being ripped to shreds by someone else who isn’t necessarily in their right mind.

Why are there so many of these types on social media? These people want to feel superior, intelligent, and dominant while making someone else seem stupid. These types of arguments can be seen in the anti-vax movement as well:

This reminds me of when people complain about the anti-vaxx movement and someone says "but what about people that CANT get the vaccine for health reasons?" Like, if you used critical thinking, you would know they are not included at all.

Thankfully, researchers published a study in PLoS One that examines this exact phenomenon. They call it “Moral Grandstanding – publicly opining on morality and politics to impress others, and so to seek social status.”

They conducted six studies on many subjects and ultimately came to this conclusion: “Collectively, these findings provide support for an account of moral grandstanding that conceptualises it as a status-seeking behaviour that is driven by status-seeking motives.”

With their results, we can say that people who practice moral grandstanding genuinely do it for status-seeking and not for anything else.

Hopefully, armed with this knowledge, victims of moral grandstanding would find it appropriate to ignore it completely.

For those who do it, we hope they realize that it’s pretty easy to see through their selfish intentions.

Think twice while you scroll and post this campaign season 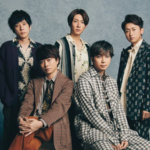 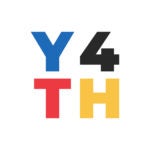