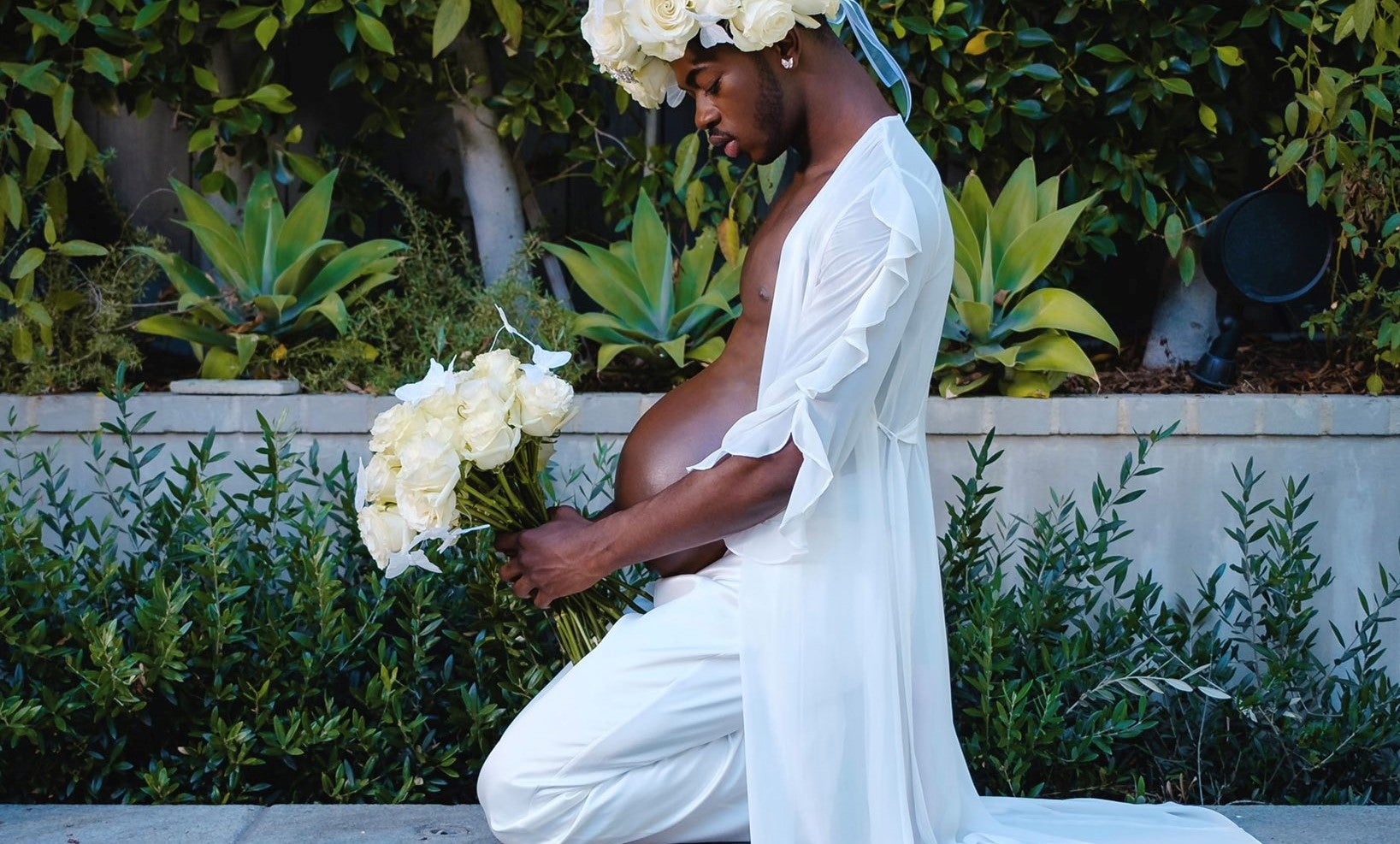 To celebrate the upcoming release (birth?) of his first album MONTERO, Lil Nas had a pregnancy-themed photoshoot wherein the singer dons a flower crown while cradling his “baby bump.” For the shoot, he collaborated with photographer Adrian Per as part of a special feature by People Magazine showcasing a series of images of the singer’s “pregnancy.” 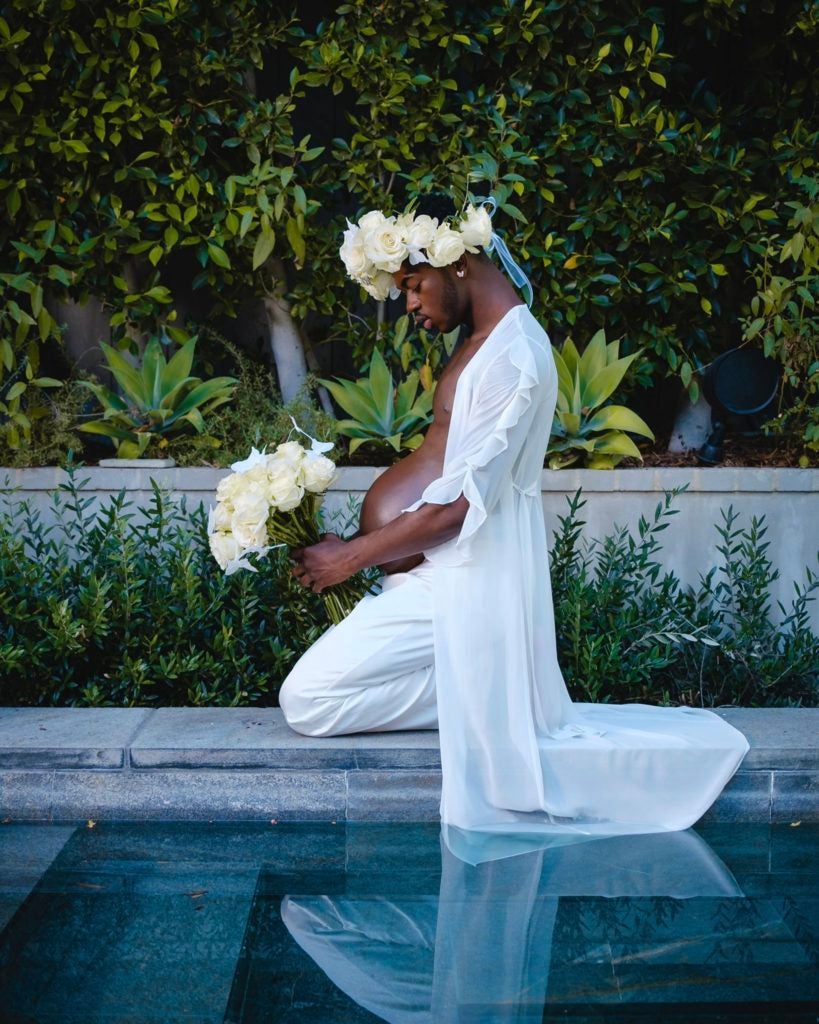 “SURPRISE! I can’t believe I’m finally announcing this. My little bundle of joy “MONTERO” is due September 17, 2021,” the singer wrote in a tweet.

SURPRISE! I can’t believe i’m finally announcing this. My little bundle of joy “MONTERO” is due September 17, 2021 🦋💕🥲 pic.twitter.com/dry8lAhpPr

He also added a photo of what seems to be an ultrasound scan photoshopped to include a photo of him as he appears on the album cover.

Lil Nas also posted a pregnancy-themed album drop announcement over on his TikTok.

According to the singer, the idea to make a pregnancy-themed shoot was inspired by Megan Thee Stallion’s verse in his song “Dolla Sign Slime,” which is one of the tracks included in MONTERO.

The release of the pregnancy-themed shoot is pretty timely, as it was dropped just a few days after Lil Nas had posted a spoof of the cover art for Drake’s Certified Lover Boy, which featured a bunch of pregnant emojis. The 22-year-old singer himself was surprised by the coincidence.

Carrying on with the “pregnancy” spoof, Lil Nas said that he guesses he’s “the father as well as the mother” of his debut album, which he refers to as his “baby.” He added that the producers he worked with for his album are like fathers too, “or maybe uncles.” 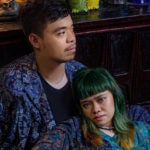 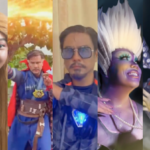