Filipinos ask, what’s up with standardizing our ‘adobo’?

Adobo has always been considered a diverse food by most Filipinos, owing to the many ways we can prep up this sumptuous dish anytime, anyday. As a diverse country, it’s not surprising to encounter different versions of Filipino cuisines. However, the Department of Trade and Industry shook things up online when it said it planned to standardize how our quintessential ulam (viand) is prepared.

The Department of Trade and Industry-Bureau of Philippine Standards (DTI-BPS) announced that they had created a committee that will focus on standardizing the recipe for adobo and other Filipino dishes. In a press statement last Friday, the DTI stated that the committee already began setting the standards on how to cook adobo. 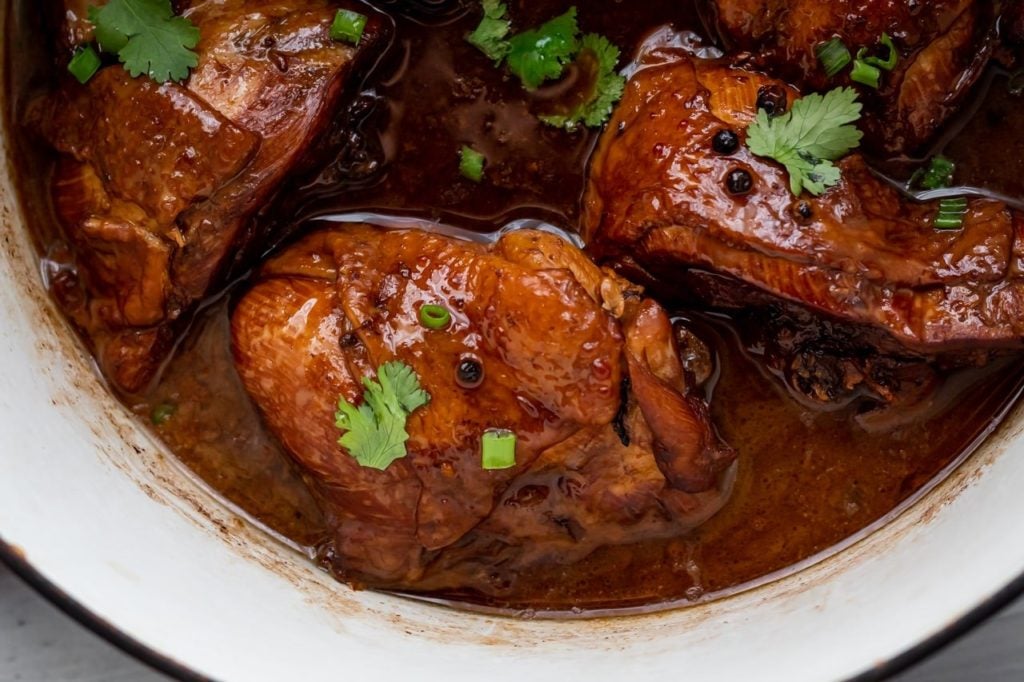 As the news broke, Filipinos were quick to share their thoughts and opinions on Twitter, even mentioning DTI in their tweets about the topic. Based on countless tweets, Filipinos did not take positively the news about the standardization of the adobo recipe.

Countless people defended that there’s no standard way to cook adobo since every household all around the country has a different way of cooking adobo. Setting a standard on such a diverse food will interfere with the progress and creativity of Filipinos.

The committee is composed mostly of schooled chefs. They do not have a monopoly of expertise in deciding what is standard or not.

What about the unschooled, more experienced home-grown cooks who learned from their ancestors?

Waste of time and taxpayers' money

Following the backlash that DTI received, they released a statement explaining that the standardized adobo recipe is only intended for international promotions and it is not compulsory. DTI added that they just wanted to find the “common denominator among all the known ways of cooking it,” and to “preserve the country’s cultural identity despite the variations made to it.”

These statements only added fuel to the fire as Filipinos felt that DTI was only making an excuse with their decision since they received various criticisms. Filipinos pointed out that DTI should focus on other pressing matters and not waste the taxpayers’ money on nonessential topics. Some also said that it’s better if DTI promoted the different variations of the cuisine instead of limiting it.

Too many lines?😂 Do we have any draft of standard procedures for future pandemics? If u think covid-19 is the last pandemic, ur seriously fcked in the head aaaand go easy on the blow😂 https://t.co/LadKaRwJg3

welcome to ph where they care about to standardize filipino cuisine rather than fixing our corrupted government. https://t.co/OwduPa3yZx

With all of this, we can only say that it doesn’t matter if you cook your adobo in a different way with different ingredients. Adobo is adobo. We should embrace the diversity of it.