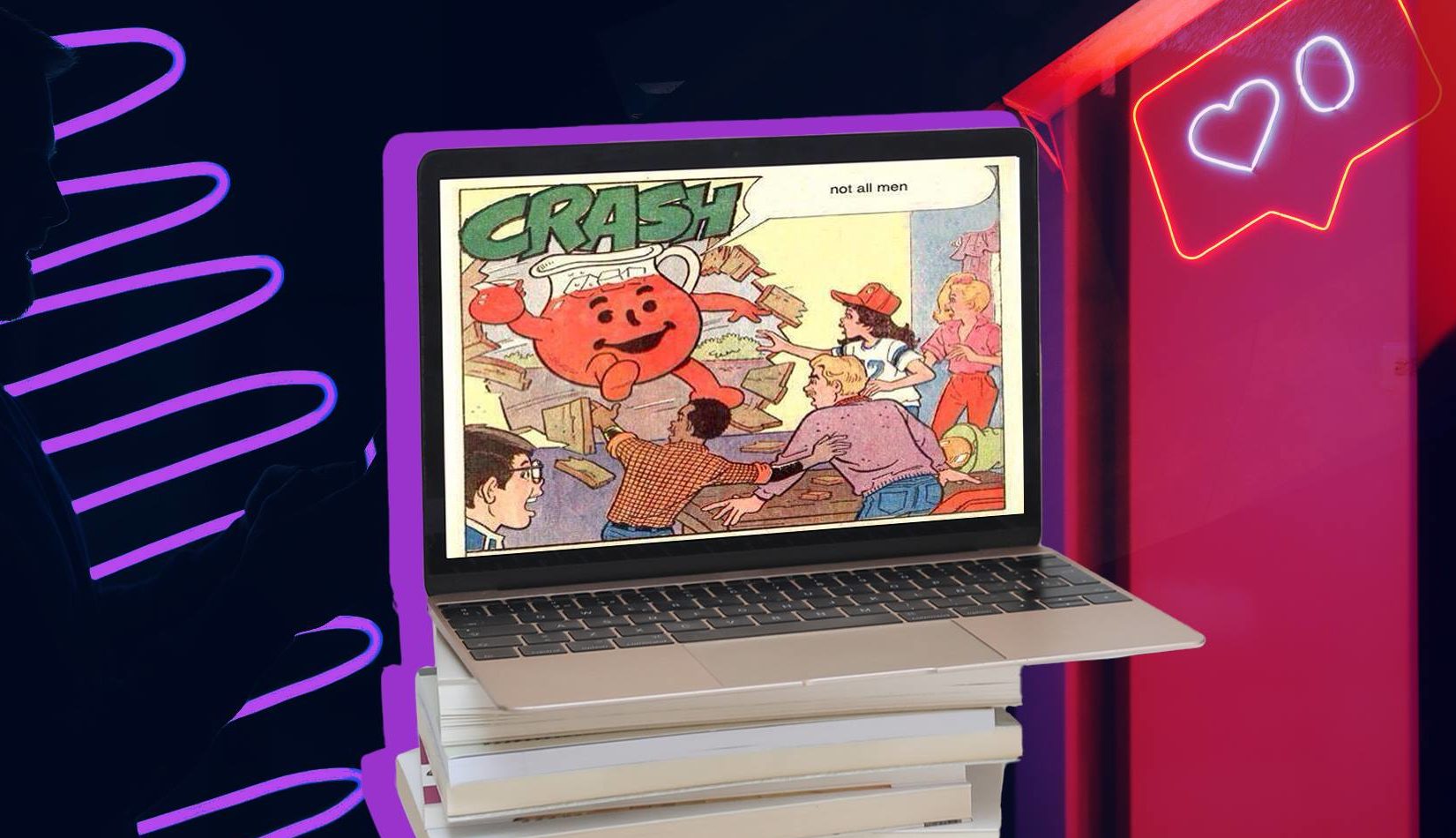 Last Thursday, Bahagsari UP Manila posted a screenshot of an email on Facebook. The recipient of the email was kept anonymous, but the content of the email was unaltered. Sent by the University of the Philippines Manila’s Department of Arts and Communication, the email calls for literary contributions for an anthology called MaNAMAN: The male of today. MaNAMAN aims to “highlight the roles, struggles and triumphs of the male today”.

The email adds that:

“In these times of #MeToo, popular and radical feminism, and the collective disgust over the shenanigans of Weinstein and Epstein, there remain plenty of men who understand what equality, equity, and consent mean, just as there are plenty of women who can look beyond the rottenness of a few men.”

This is when people started to feel uncomfortable.

According to their Facebook page, Bahagsari UP Manila is a “univ-wide organization that promotes gender diversity and inclusivity in the university”. Although the organization itself did not one hundred percent clarify their stance on the matter within the post, they brought this issue to the screens of the people, who freely took to the comments section to discuss their thoughts on the email and the MaNAMAN concept.

Some users were appalled by the oversimplification of systematic sexual and emotional abuse into the word “shenanigan”.

Others were confused as to why this was needed, suggesting that the entire project was an unnecessary and forced call for sympathy.

More commonly, the project was seen as an “academic” anthology of the “not all men” concept.

At first glance, one may think that the entire message of MaNAMAN: The male of today isn’t offensive at all— wholesome even. A reminder that good people are out there. But what may seem like a noble cause, may actually portray sexist undertones.

“Not all men” was born as a defense mechanism used by, mostly, males as a response to feminist dialogues about all types of abuse, oppression and/or discrimination that they may have experienced in interactions with men. Amidst speaking about trauma (that may have just recently occurred), men would interrupt and exclaim that “well, not all men are like that,” “not all men are abusive,” and “not all men are rapists.”

This does not only invalidate the experience and emotions that a woman may have, but it also recenters the conversation around men. Instead of contributing to the dialogue about discrimination against women, this phrase makes men the center of attention. In an article explaining how “#NotAllMen disrupts the conversation on gender equality,” Vaishnavi Mohan exclaims that “most sexual offenders are men, and while you may not be one of them- enough people are. […] Don’t invalidate our emotions. Don’t drown female voices in an attempt to protect your ego.”

Similar to this is “all lives matter”, which also stemmed as a disruptive response to the open discussions being held by a marginalized sector in society. While the general message of “all lives matter” may feel positive, when taken into the context of Black Lives Matter, it becomes dismissive. It prevents Black people from speaking their truths by claiming that their experiences are all well and good, but all lives matter so they aren’t a special case.

“All lives matter” and “not all men” both sound like simple reminders. But it’s important to take these phrases into the contexts wherein they are being used. Responding to someone who is talking about experiencing sexism or racism by telling them that “not all men are sexist” or “remember though, all lives matter”, takes the entire dialogue away from its purpose and undermines the speaker.

There are numerous misconceptions about feminism. It is important to remember that feminism is a movement meant to uplift both men and women (and everyone in between), through the open discussion of gender-based issues and prejudices. As Mohan puts it, “Smashing the Patriarchy is important for both men and women. But if you need that reminder every time a woman questions or calls out a man, you are not an ally.”

Again, these phrases may be coming from a place of “genuine” love and concern, but they nonetheless derail the conversations being had within both the BLM and feminist movements. They halt the dialogue and prevent progressive discussions. They neither add to the discussions or create productive conversations towards finding ways to alleviate and solve these social issues.

If you still might not understand what’s so wrong with “all lives matter”, maybe these helpful tweets might be of some assistance.

The metaphor of saying that “all houses matter” without focusing on one that is “on fire”, has been a popular and simple way of trying to explain why the phrase may be hurtful and offensive.

In the case of “not all men” feminists created an ironic meme format to depict its invasive nature. 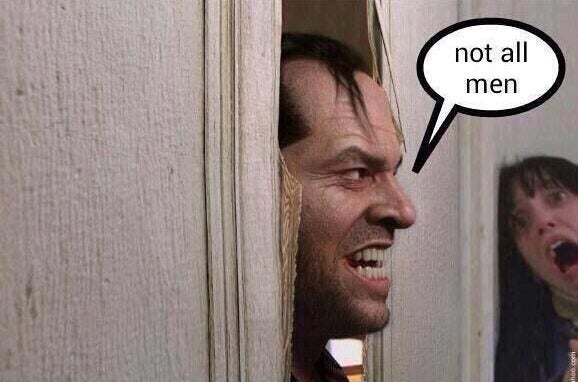 One user actually commented on the Bahagsari post challenging people that “maybe it deserves a chance”. The user acknowledges that there is a lot of privilege that comes with being a man, but maybe those “good, kind men […] deserve recognition.”

The user ends their quote saying “I hope I won’t regret saying that.”

Maybe it does deserve a chance. Men’s issues are also important and relevant.

Feminism does not equate to man-hating, or the belittling and dismissal of men’s experiences of gender-based issues and discrimination, in fact it is an essential part of feminism that these things be brought to light and addressed too.

Mohan explains that “Addressing violence and abuse against men is important.” she continues, saying that these shouldn’t be sullied to avoid feminist issues “Men’s issues are important- don’t trivialize their significance by using them as bait to avoid the uncomfortable conversation of violence against women.”

Before the MaNAMAN: The male of today team goes ahead with their project, and the next time you might feel the “irresistible” urge to interject the words “not all men” into a conversation, perhaps take a moment to check yourself (before you wreck yourself).

Physical and sexual abuse are not the only transgressions that women have faced for centuries. Women undergo systematic and social prejudice, simply due to that fact that they are women, every day. Perhaps the MaNAMAN team (and yourself) can spare a moment to search their past experiences.

Have they ever thought that a woman was “aggressive” or “bossy” while she was in a leadership position (as compared to a man who would be described as “taking initiative”), contributed or listened to demeaning “locker room talk”, or if they’ve ever simply thought that all women are bad drivers.

In general, have you ever consciously, or even unconsciously, made a woman uncomfortable?

Mohan explains that: “If hearing about violence against women automatically pushes you to think it’s an attack against men and prove how not all men would do that, you’re a bigger part of the problem than you’ve realized.”

She asks, “Is masculinity so fragile that men require validation and gratitude every time they show half-decent behavior?” Why is being a decent person towards a woman portrayed as such a rarity? Is this not what women deserve as fellow human beings?

The main question these people should really be asking themselves is if their words will actually make a contribution to the dialogue of gender-based issues, or will they take the attention away from these.

Will their words productively help in providing solutions to gender-based issues or will they over glorify doing the bare minimum? 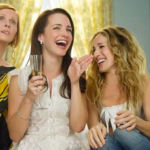 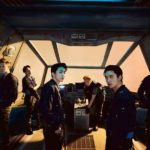