A petition was formed against MC JaeJae after she was seen eating a piece of chocolate on the red carpet of the Baeksang Arts Awards festival. Various male communities interpreted the hand gesture that she made, while eating the chocolate, as an offensive gesture signifying an “anti-male” symbol. 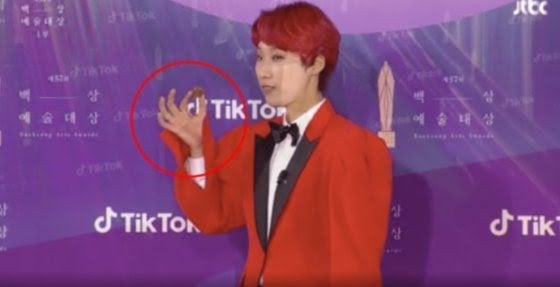 As a host on SBS, a public broadcasting channel, the resulting petition pleads directly to the Blue House (the executive office and official residence of the President of the Republic of Korea) to ban JaeJae from public broadcasting.

Producers of MMTG have retorted the anti-male claims by explaining that the runway snack was meant to be a gag or joke, as MC JaeJae is known for her playful personality. When discussing possible outfits for the runway, the producers, and JaeJae herself, decided to use a clear snack bag as a pouch rather than a clutch or bag. It was decided beforehand that JaeJae would then take a snack from the snack bag and have a quick bite on the red carpet. 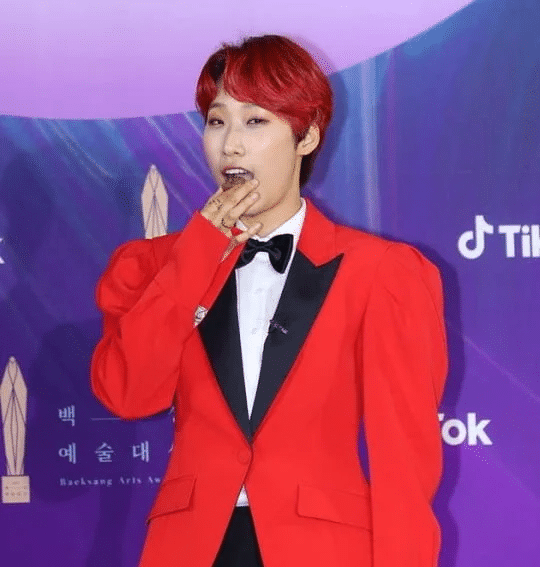 The angered groups claim that the gesture was a symbol of male hate, something that MC JaeJae must know about as she has shown support for feminist ideas, in the past. The petition currently has 26,000 signatures and counting…

It’s certainly distressing to think that someone can lose their entire career simply by the way that they eat a piece of chocolate. Although, possibly even more distressing may be the fact that the entire “anti-male controversy” associated with JaeJae is due to equating supporting feminism to being anti-male.

South-Koreans have shown major sensitivity when it comes down to the concept of feminism. Irene of Red Velvet and Apink’s Son Naeun have both been criticized in the past for displaying signs of supporting feminism. Irene was seen reading a reportedly feminist book, and Son Naeun received backlash for sporting a phone case that supposedly signifies support for feminism. 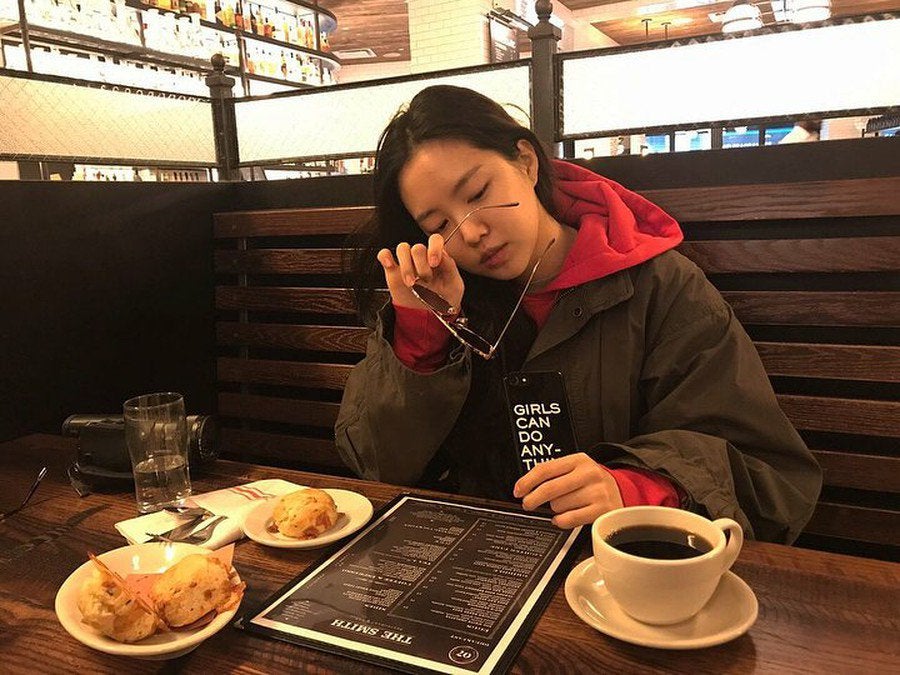 Despite experiencing great strides in the fight for gender equality, some misconceptions about feminism are still prevalent today, clearly illustrated through situations such as that of MC JaeJae. Viewing feminism as an anti-male or anti-family movement is a complete misconception. In a 2017 Forbes article,  author Kathy Caprino listed down why, both men and women, may still fear the word “Feminism”. She notes reasons ranging from the association of the word with “strong, forceful and angry women” to the belief and fear that feminism will result in the complete control of women in society, putting down men and creating “negative shifts in relationships”

First of all… no. Second of all, what’s wrong with women being strong, forceful and angry if they have a reason to be so?

Feminism is the result of women’s struggles throughout the years, years filled with exploitation and subordination. It has evolved over time, morphing due to the gender blind ideologies and policies of the current times. Feminism wishes to address these since they don’t capture the feminine perspective, dismissing and excluding women (and their experiences) from the discourse.

This isn’t to say that feminism in itself is perfect, there is still much debate within the movement as to what it really is all about. Toxic feminism has in fact caused women to bash other women for the choices that they make, instead of standing unified and supporting them. “Feminism at its core is about choice,” Caprino puts it, adding that “if we cannot choose freely how to behave, speak, act and present ourselves, then we’re moving backwards. 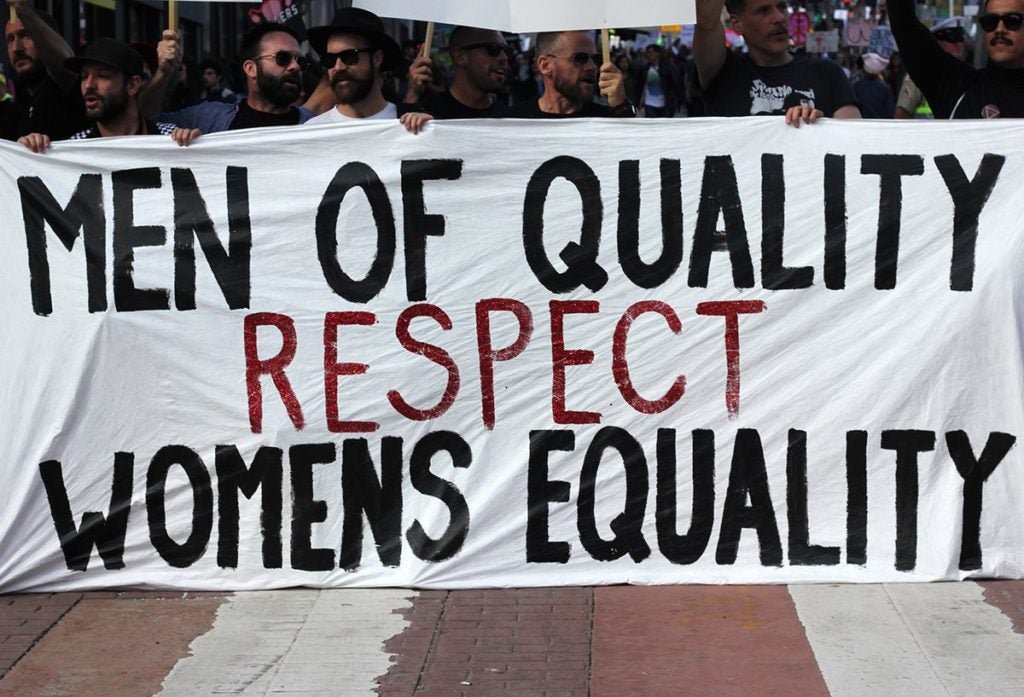 The presence of the movement is not meant to deny the fact that men also face their own unique gender-based issues. Feminism aims to create a safe space for men and women to be themselves and live their truths, not to be the same but to be equal, to have equal rights and access to equal opportunities.

Feminism, in fact, opens its arms towards possible allies. The word “Feminist” should not be intimidating. Simply put, if you believe that women deserve equal rights, then you are a feminist! It takes collaboration between all to recognize and address harmful and unfair standards perpetrated by society. It takes cooperation between all to create a safe environment where women aren’t punished for being strong and men aren’t punished for being vulnerable. Feminism is not just about the implementation of laws, but the general attitudes— that both men and women have— towards women. 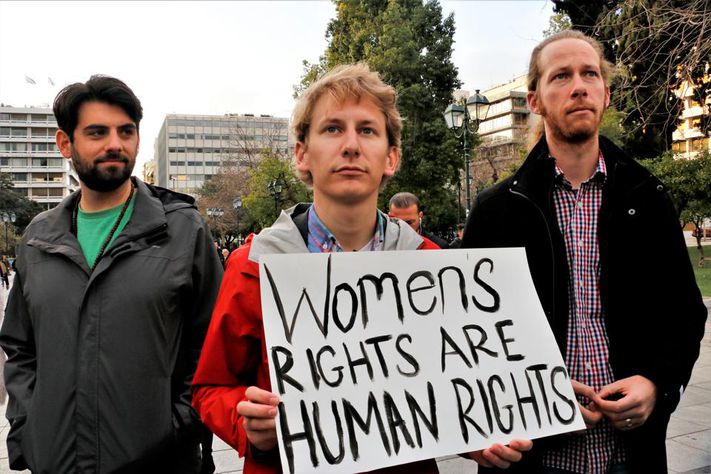 In the end, you can’t change the minds of other people. People will believe what they believe, and there is nothing you can do about it. What you can control is the way that you respond to different scenarios. You don’t have to call yourself a feminist to call out violent and/or harmful actions against women. Don’t treat a woman with respect because you have a sister or a mother, treat them with respect because they are human beings. 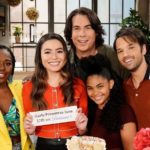 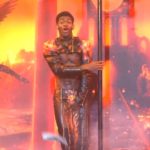