“One Direction” Movie Predicted to Outgross “Skyfall” in UK

The “intimate, all access” 3D concert film “One Direction: This Is Us” premiered in UK’s Leicester Square August 20, with hordes of fans turning up to catch a glimpse of the British boy band. But what’s interesting is that odds-maker Ladbrokes is offering unprecedented odds of 4/1 for the film to overtake James Bond movie “Skyfall,” which took £102m last year, at the top of the all-time UK box office chart.

“One Direction: This is Us,” which is directed by “Super Size Me” filmmaker Morgan Spurlock, will benefit from the huge following for One Direction members Louis Tomlinson, Zayn Malik, Liam Payne, Harry Styles and Niall Horan in the UK and across the globe. They are the most followed British band on Twitter, with more than 14 million followers, and have more than 19m “likes” on Facebook. Twitter has reported more than 3.6m tweets were posted on the social network site about One Direction and the One Direction world premiere in London August 20.

Styles told reporters: “We made this for the fans. We just want to say a massive thank-you to them.” X-Factor creator and “This Is Us” producer Simon Cowell, who signed the band to his label Syco, said: “It has been my dream come true to produce a film. But without their fans, this couldn’t have happened. They have the best fans in the world.”

The other films in the current UK all-time box office top five are “Avatar,” “Titanic,” “Toy Story 3” and “Harry Potter and the Deathly Hallows, Part Two.” No other concert movie has even made the top 100, so “This Is Us” has a challenge on its hands to live up to bookmakers’ expectations. Ladbrokes is also offering odds of 5/1 for the film to win a Bafta for Outstanding Debut in 2014.

“One way or another this film is going to break records and win awards,” said spokesperson Jessica Bridge. “The ‘1D’ phenomenon is showing no signs of slowing down and the odds suggest they could be adding a BAFTA to their tour bus mantelpiece.”

More than just a filmed concert and tour documentary, “One Direction: This Is Us” is a chance to get up close and personal with the world’s biggest band. Filmed while the guys were taking their world tour to arenas around the globe — from Mexico to Japan to London’s famed O2 arena — the movie mixes high-energy performance footage, candid interviews, and behind the scenes footage to offer a one-of-a-kind perspective into the talent, hard work and mischief that goes into being One Direction. It’s a remarkable story of humble origins, an unprecedented rise to fame and a fan-driven phenomenon that enabled One Direction to conquer the world.

Opening across the Philippines on Friday, August 30, “One Direction: This Is Us” is distributed by Columbia Pictures, local office of Sony Pictures Releasing International. 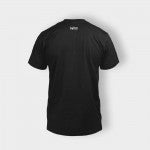