Archivists are calling for players to document their experience with ‘Animal Crossing: New Horizons’ in a new initiative by UK’s National Videogame Museum.

That’s right, bumming around and playing video games has historical value. ‘Animal Crossing Diaries’ aims to capture the cultural phenomenon that followed the release of the Nintendo Switch game. Loyal fans and casual gamers alike turned to ‘New Horizons’ as an escape while the world was transformed by COVID-19. This project hopes to document the trends and behavior brought by the game’s sensation.

Approaching its anniversary, ‘Animal Crossing: New Horizons’ has definitely changed the way we interact and connect with people. It was reported that 31.8 million copies of the game have been sold. Imagine how many friendships have been fostered through this island paradise.

According to marketing and communications lead Conor Clarke, ‘Animal Crossing Diaries’ offers a unique approach in documenting video games. “A lot of video game history and preservation looks at the technological advancement of games and doesn’t really cast too much of an eye at the cultural history around games.”

“Playing a game is not necessarily the best way of understanding a game,” says Lex Roberts, curator at the National Videogame Museum. The team behind the project cast an open call for players to submit any form of qualitative data. They welcome videos, audio files, visual art, screenshots, and essays.

If you’re interested in being part of history, you can make a contribution at their official website.

You can get paid by designing islands on ‘Animal Crossing: New Horizons’ 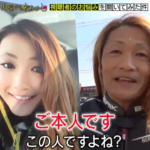 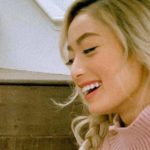