Julien Baker has shared a new taste of her forthcoming album Little Oblivions by way of a new single ‘Hardline’, which she releases today. Listen to the song and watch the stop-motion animation video HERE. Julien says, “QUOTE.”

The video for ‘Hardline’ was directed by Joe Baughman, who notes: “Man, even after having spent 600 hours immersed in ‘Hardline’ and having listened to it thousands of times, I am still moved by it. It was a fun and ambitious challenge creating something that could accompany such a compelling song.

“The style of the set design, inspired by a sculpture that Julien created, was especially fun to work in. I loved sifting through magazines, maps, and newspapers from the 60s and 70s and finding the right colors, shapes, and quotes to cover almost every surface in the video.”

At 4pm GMT today, Julien’s session and interview with Cheryl Waters for KEXP will be broadcast via the station’s YouTube page. She performs ‘Hardline’ as well as other tracks off Little Oblivions. 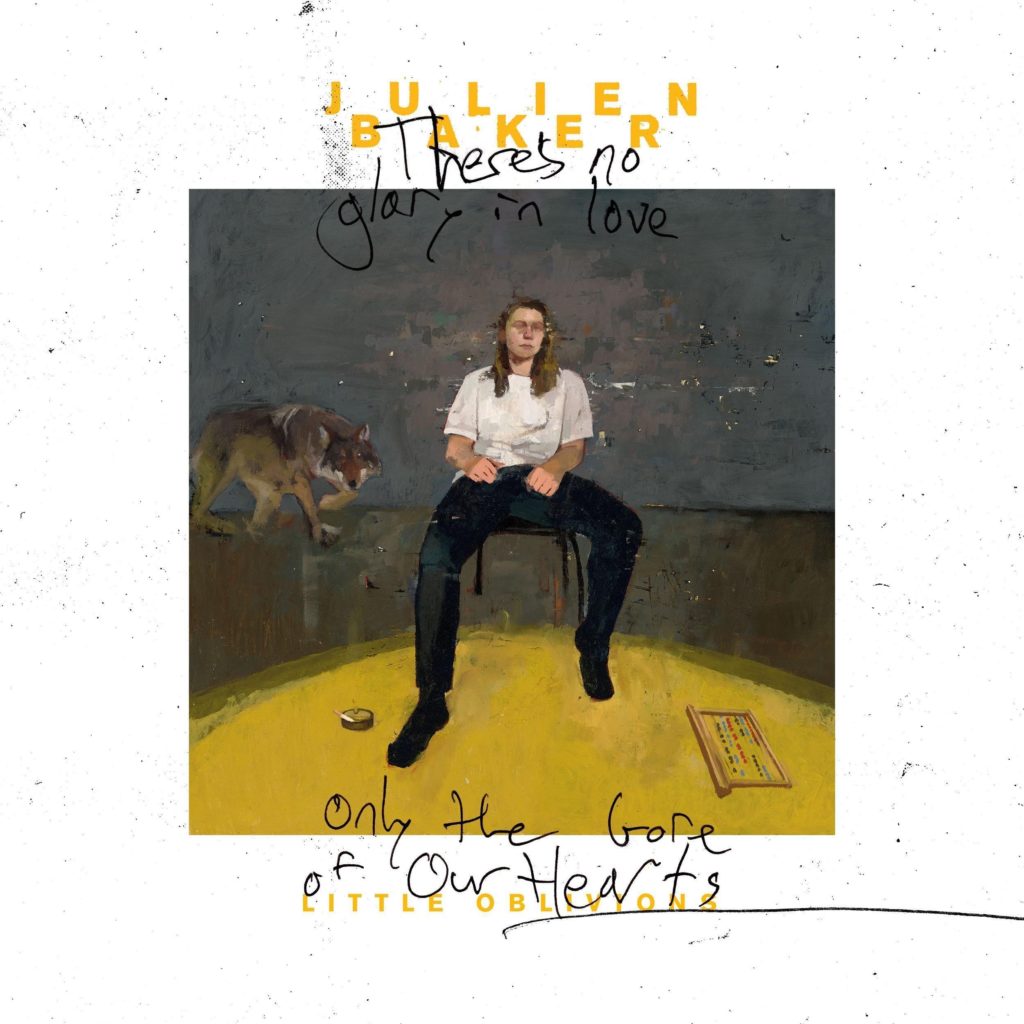 Last week, Baker performed the LP’s first single, ‘Faith Healer’, on The Late Show With Stephen Colbert. Filmed in Nashville, Baker is backed by a full band, exemplifying the expansive sound that can be heard on the forthcoming album.  Stereogum labeled the performance “stunning” while Rolling Stone noted, “Baker and her backing band moved through the expansive track and built steadily toward its final booming chorus. ‘Oh, faith healer,’ come put your hands all over me,’ Baker sings, pushing her voice to its stunning upper limits.”

Little Oblivions will be released on February 26 via Matador Records. The New York Times included the album in their ‘11 Things To Look Forward to In 2021’, column noting  “How does a songwriter hold on to honest vulnerability as her audience grows….she scales her music up to larger spaces, backed by a full rock band with ringing guitars and forceful drums. But she doesn’t hide behind them; she’s still ruthless and unsparing, particularly about herself.” Rolling Stone said “Little Oblivions’ is not only the most richly produced, pop-aware release of Baker’s career, but also her the most unsparingly honest in its messiness” and Variety stated “While the basics of her autobiographical and cathartic songwriting style remain the same, the arrangements are far more fleshed out with multiple instruments, nearly all of which are played by Baker herself. Without pushing an obvious comparison too far, what Bridgers’ ‘Punisher’ was to 2020, ‘Little Oblivions’ is very likely to be to 2021.”

‘Faith Healer” first introduced the exhilarating, widescreen musical palette and infectious spirit of risk-taking found on Little Oblivions, a transformative sonic shift from Baker’s more spare and intimate previous work. Engineered by Calvin Lauber and mixed by Craig Silvey (The National, Florence & the Machine, Arcade Fire), both of whom worked with Baker on 2017’s Turn Out the Lights, the album was recorded in Baker’s hometown of Memphis, Tennessee between December 2019 and January 2020. Baker’s tactile guitar and piano playing are enriched with newfound textures encompassing bass, drums, synthesizers, banjo and mandolin, with nearly all of the instruments performed by Baker.  The album weaves unflinching autobiography with assimilated experience and often hard-won observations from the past few years, taking Baker’s capacity for starkly galvanising storytelling to breathtaking new heights.

Little Oblivions is the follow up to Baker’s 2017 sophomore album and first on Matador Turn Out The Lights. The New York Times said the LP is “the work of a songwriter who has resonated with an international audience (…), the rare second album that, despite new self-consciousness, stretches beyond an unspoiled debut to reach for even bigger things, with all its passion intact”. The Sunday Times said “the mix of detached vocals, lush arrangements and laid-bare post-mortems on love, loss, dysfunction and acceptance is devastating.”

In 2018, Baker formed boygenius with Phoebe Bridgers and Lucy Dacus. The resulting eponymous EP and joint North American tour made for one of the most celebrated and talked about musical communions of that year, highlighting Baker at the forefront of a burgeoning generation of era-defining artists.