Chris Pratt’s name has been surfacing the internet these days after a meme which started as a joke went viral on Twitter.

“One has to go” is a common format in social media and when writer Amy Berg posted it, fans quickly jumped in to join the bandwagon to begin ranking the four famous Chrises of Hollywood– Pratt, Chris Hemsworth, Chris Pine and Chris Evans.

One has to go. pic.twitter.com/HUWnbQOA43

Now people usually enjoy these types of games, and it was evident when the tweet got an overwhelming response from fans, who started making their cases on who should go. But it seems like a majority of them were quick to point out several reasons why the MCU and Guardians of the Galaxy actor deserves to go.

Now we all know this happened in 2011 but it seems like some have not forgotten about this incident due to a number of claims that resurfaced recently.

So, did Pratt give his senior cat away when it got too old? Sadly, yes. In 2011, Pratt turned to Twitter to ask if someone is interested to take Mrs. White, a cat he and ex-wife Anna Farris adopted. Despite its good reasoning, the fans were obviously not happy and even thought of it as a despicable move for both.

unless one of them other than Chris Pratt once gave away an old cat because it was too much trouble to take of, he's definitely the one who's canceled (backstory: https://t.co/eAcHS8xjKf) https://t.co/SjSA8t6bU3

Pratt is now being accused of allegedly supporting Trump when the fans noticed that the actor is following a few pro-Trump supporters in Instagram like Ben Shapiro, Dave Crenshaw, and even Turning Point USA, a right-wing organization that supports Trump and other conservative politicians. His absence among the list of stars supporting the fundraiser for former Vice President Joe Biden also helped raise the wave of tweets about the actor.

Now, Pratt didn’t really say he’s a pro-Trump supporter and considers himself apolitical by nature but seems like his social media footprint indicates otherwise and this hasn’t gone unnoticed by the fans.

HIS ASSOCIATION WITH A HOMOPHOBIC CHURCH

Many of the Hollywood actors are not open when it comes to discussing their views about faith, but Pratt isn’t one of them, calling himself a devout Christian and has proudly shared this fact during the MTV Movie and TV Awards in June 2018. 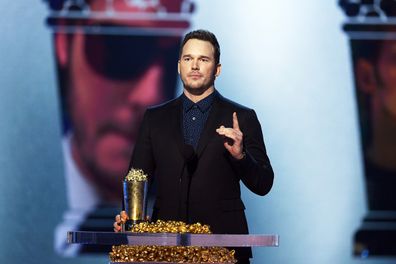 And because Pratt’s name is all over the internet, the actor is now being roasted after his alleged association with an anti-LGBTQ church.

Zoe Church, where the actor is an active member of, is led by a former Hillsong pastor Chad Veach. In 2015, Brian Houston, head of Hillsong claimed that Zoe is a place where doors are open to people of all backgrounds but does not affirm gay lifestyles or knowingly have active gay people in positions of leadership.

In 2019, Ellen Page also expressed her disappointment and called out Pratt after his appearance on The Late Night with Stephen Colbert. “His church is infamously anti LGBTQ so maybe address that too?”, she tweeted.

Last year, Aquaman star Jason Momoa called  out Pratt’s attention for holding a single-use bottle in his ad for the e-commerce company, Amazon. (Jason is really passionate about saving the environment.)

To come into his defense, some of the Avengers cast quickly jumped in:

You all, @prattprattpratt is as solid a man there is. I know him personally, and instead of casting aspersions, look at how he lives his life. He is just not overtly political as a rule. This is a distraction. Let’s keep our eyes on the prize, friends. We are so close now.

What a world… The “sinless” are casting stones at my #brother, Chris Pratt… A real #Christian who lives by #principle, has never demonstrated anything but #positivity and #gratitude… AND he just married into a family that makes space for civil discourse and (just plain fact) INSISTS on service as the highest value. If you take issue with Chris,,, I’ve got a novel idea. Delete your social media accounts, sit with your OWN defects of #character, work on THEM, then celebrate your humanness… @prattprattpratt I #gotyerbackbackback

However, these did not please the fans pointing out where the MCU cast was when Brie Larson, Anthony Mackie and other cast members faced misogynist and racist harassments.

Avengers cast Avengers cast
when Brie Larson when people joke
is harassed about Chris Pratt
for 3 years being Republican pic.twitter.com/08neKSYA1o

Now, looks like this whole saga is not coming to an end soon as some speculations around actors unfollowing Pratt started to come afloat.

But because this is the internet…

So let’s be clear – no one is cancelling Pratt, not even Twitter. And despite all these rumors, it will not stop us fans from watching the next Guardians movie (hopefully in a theater house by then).