Follow us:
"Grande Femme I" by Alberto Giacometti. Image: courtesy of Sotheby's via AFP Relaxnews

Serious collectors take note! Sotheby’s will auction off the monumental “Grande Femme I” by Alberto Giacometti on Oct. 28. For this exceptional sale, the house has opted for an original bidding strategy. Collectors can submit their bid online, in total confidentiality, until Oct. 27 — as long as their offer is above $90 million (around P4.3 billion)!

It’s a sealed bid process, meaning that all bids will be reviewed by Sotheby’s General Counsel and an outside auditor. The highest bidder will then acquire “Grande Femme I.” The monumental sculpture could very well sell for more than $100 million as Giacometti’s works regularly break auction records. 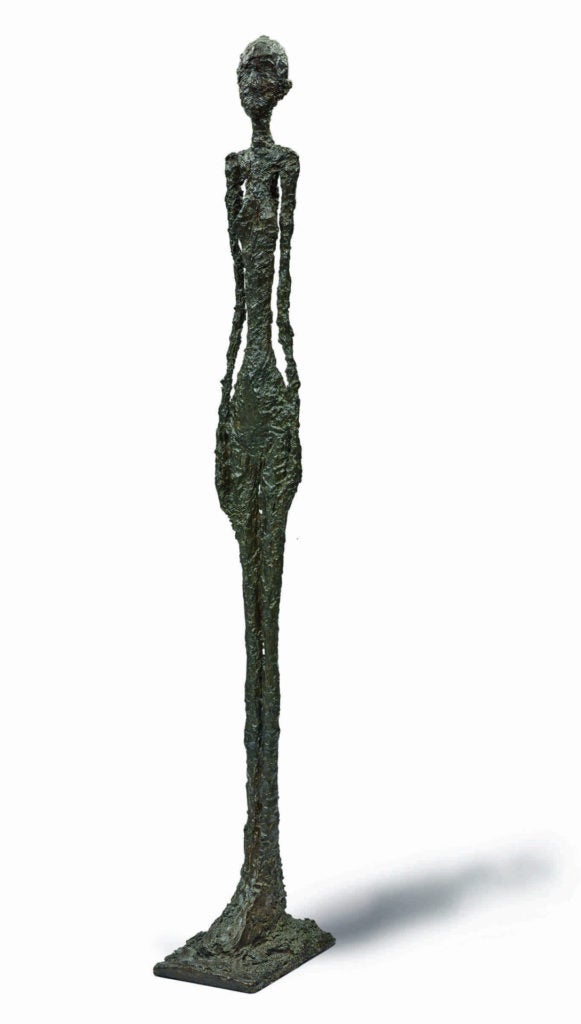 “Grande Femme I” by Alberto Giacometti. Image: courtesy of Sotheby’s via AFP Relaxnews

Sotheby’s thinks that “Grande Femme I” could follow the same path. “Works of this scale and grandeur by the artist have achieved record prices at auction, with comparable works selling for more than $100 million. ‘Grande femme I’ is Giacometti’s final realization of both his ambition to sculpt in massive and haunting proportion, and his dedication to the female subject,” said Brooke Lampley, Sotheby’s Vice Chairman, Global Fine Arts, in a press release.

“Grande Femme I” is part of a series of four monumental female statues that Giacometti created in 1960 for an outdoor installation on New York’s Chase Manhattan Plaza. Although this installation didn’t see the light of day, each one of the four “Grandes Femmes” became iconic pieces.

While Sotheby’s has not officially revealed the identity of the seller of “Grande Femme I,” Bloomberg claims that it could be American billionaire Ron Perelman. The cosmetics mogul has already sold over $350 million worth of works of art. IB