27.7 million dollars. That was the winning bid for the work “Abstraktes Bild (649-2)” by abstract painter Gerhard Richter at the recent Sotheby’s “Contemporary Art” sale. A sum well above the pre-sale estimate of $18 million, which shows genuine interest in Asia for works by the acclaimed visual artist.

“Abstraktes Bild (649-2)” also set a record for the highest price paid for a work by a Western artist at auction in Asia, eclipsing David Hockney’s “30 Sunflowers” sold for $14.8 million at Sotheby’s Hong Kong last July. 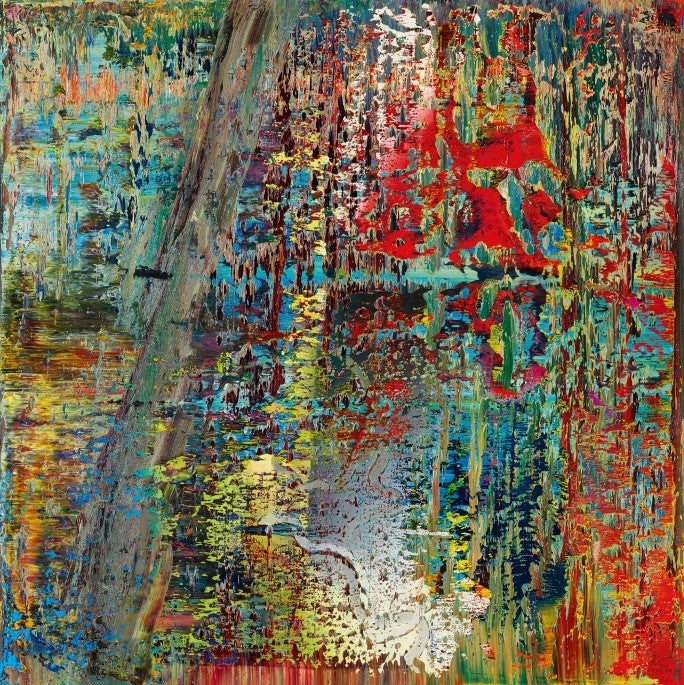 “Abstraktes Bild (649-2)” comes from the private collection of American billionaire Ronald Perelman, who recently announced that he wants to part with many of the works of art in his possession.

This was the first time that this abstract composition by Richter was ever auctioned, according to Sotheby’s. It will be added to the collection of the Pola Art Museum, which is located in the Fuji-Hakone-Izu National Park in Japan.

The “Abstraktes Bild (649-2)” record sale demonstrates the appetite of Asian collectors for Gerhard Richter’s works. The sale of his canvas” Frost (1)” already surprised the art world when it sold for $10.2 million (around HK$79.3 million or P493 million), above its high estimate of $8.7 million (around HK$68 million or P421 milllion), during Christie’s “ONE” event in July.

The market for works by the German artist experienced a boom in 2015, following a retrospective on his career organized by the Tate Modern. In February 2015, “Abstraktes Bild (801-3)” fetched $46.3 million at Sotheby’s London, an unprecedented record for Gerhard Richter. The painter, who is recognized as one of the major figures in contemporary painting, remains among the 30 most sought-after artists at auction, according to Artsy’s data.