Blxst is back with a new single, “Overrated” out now on Red Bull Records. The release comes with the announcement of Blxst’s highly anticipated EP, ‘No Love Lost’, available for pre-order and out for release on September 4.

On his new track, Blxst asks for loyalty over love and discusses the importance of good company over money and material things. Blxst’s authentic lyricism and honesty stand out as he sings over a chill, guitar-driven beat. “Overrated” is no typical love song.

“Overrated” follows Blxst’s recent single, “Slip & Slide (feat. 1TakeJay)” and the announcement of his teaming up with Red Bull Records. “Overrated” is the second single off ‘No Love Lost’, following his breakout hit, “Hurt.” 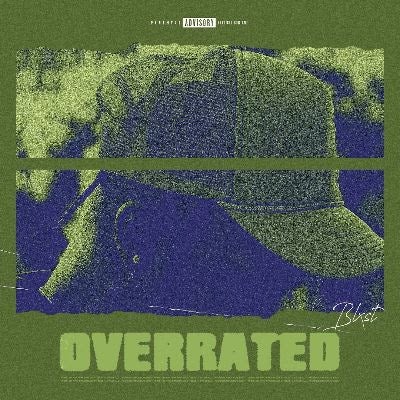 Blxst began his solo music career in Los Angeles in 2015, writing, producing, and honing his sound. He’s been unstoppable ever since, releasing his first single “Who Would’ve Thought” in 2016, which hit over 1,000,000 streams on Spotify, and later “Hurt”, which surpassed 2,000,000 streams while being independent. As an unsigned artist/producer, respect for Blxst’s musical ability continues to grow. These tools are what positions Blxst to work side by side with your favorite West Coast figures from DJ Mustard to Kendrick Lamar. From self-editing his videos and artwork to mixing and mastering his own sound, it’s safe to say Blxst is a hands-on creator and here to stay.

“Overrated” is now available on all streaming platforms here.