You’ve probably heard stories about near-death experience and you’ve probably, at one point or another, had thoughts in your head imagining how something like that would feel like. There are certain assumptions about how we might react to it, which could be largely attributed to our religious and spiritual beliefs. Well, the truth is we will never know what it’s like until we go through it ourselves.

Last August 8, Vernon Sarte, Former Editor-in-Chief of Top Gear PH, had a close run with death after suffering an aneurysm. He posted on Facebook his thoughts while in a hospital’s ICU last Saturday.

I’m typing this inside a hospital’s ICU. I was rushed a few hours ago apparently due to aneurysm. I know I shouldn’t be…

The post is also an attempt to bury a trivial Facebook entry made just before he had an aneurysm. Sarne said he doesn’t want his last Facebook post to be about German Moreno’s That’s Entertainment.

Sarne expounds that he’s scheduled to undergo an operation due to brain aneurysm and in case he won’t survive the surgery, he wants his last words to be something positive. Despite his critical state, Sarne also took the chance to confess his shortcomings as a Christian and remains thankful because “God’s mercy is bottomless”.

As of this writing, the post gained more than 1,800 reactions, 79, shares, and 500 comments with prayers for Sarne’s recovery.

In 2016, Sarne made a fiasco on social media for identifying the wrong person as the gunman in a road rage incident in Manila. Two years after, he was charged with cyber libel or violation of the Cybercrime Prevention Act of 2012 (Republic Act 10175). Following the incident, he made a public apology and resigned from the Top Gear Philippines. He is now with Visor PH.

WATCH: Here’s what a Pinoy teleserye dubbed in English would sound like and it’s ‘cringey AF’ 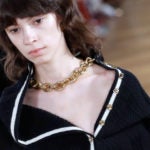 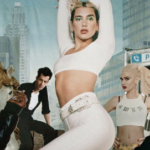