If you are fearful of clowns, don’t worry, you’re not alone.

For a number of reasons, clowns have always come off as creepy. From their grotesque makeup and exaggerated facial features to their bizarre costumes, their oddities have always evoked panic and fear instead of fun and laughter among kids and adults. Because of this “irrational fear”, some horror movies (aside from zombies and ghouls) often feature killer clowns such as Pennywise from It.

But would you still be apprehensive once you see an anime-style figure of the evil dancing clown? Since this is a new addition to Japanese figure maker Kotobukiya’s Horror Bishoujo (Horror Beautiful Girls) line, you can expect that it’s going to be…super kawaii!

In an article reported by Japan-based news blog SoraNews24, the item is 25.5 centimeters (10 inches) tall and was brought to life by famous sculptor Yoshiki Fujimoto. 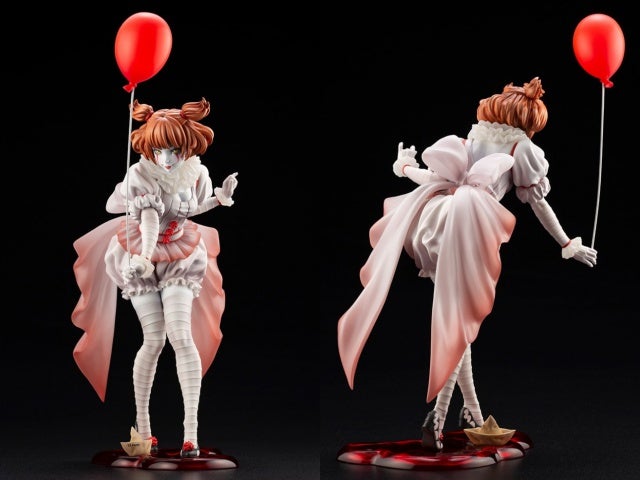 Similar to the original Pennywise, the revamped version dons a ruffled, long-sleeved top paired with white leggings. There’s also a paper sailboat floating on a puddle of blood—which is a familiar item from the movie. 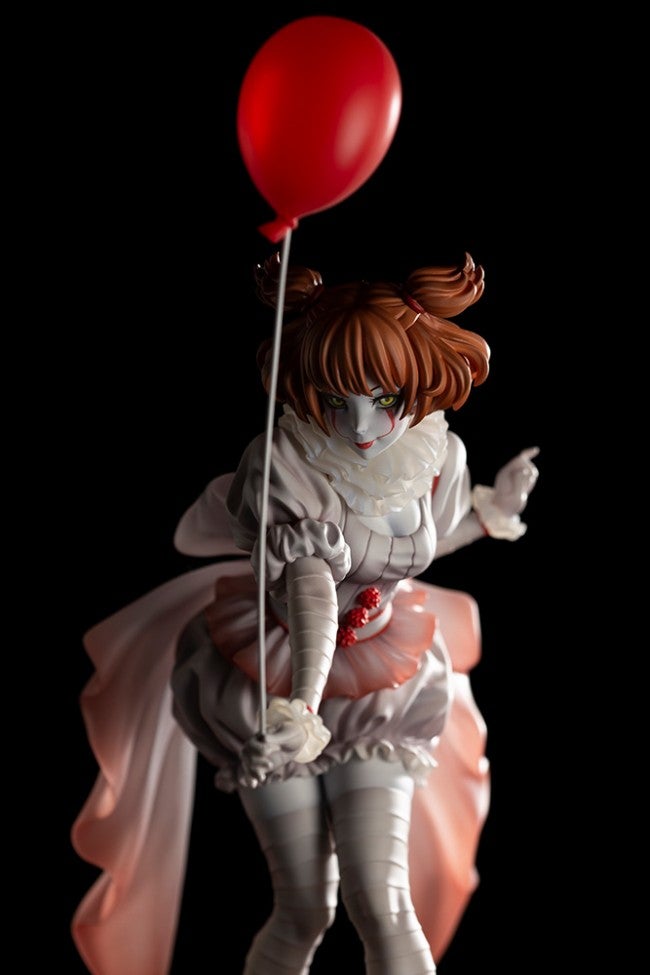 Aside from that, this busty and adorable figurine is also holding a red balloon “with a grin on her face, as if inviting you to play.”

The Pennywise statue is currently priced at 12,000 yen (Php5,000) with shipping scheduled for October, according to SoraNews24.

Now, the question is: Will you let yourself be fooled by her cute appearance?