BTOB’s Yook Sung-jae is known for sporting different hairstyles in his shows and in Korean dramas, and for being effortlessly stylish at every instance.

Sung-jae took to Instagram to humorously show off his new look which he did himself, while preparing for his military enlistment. On May 9, the 25-year-old “Goblin” actor and K-pop star shared a series of his selfies showing off his transformation.

“I tried cutting my bangs a day before shaving my head. What do you think?” Sung-jae asked.

His friends and fellow South Korean singers Jo Kwon of 2AM and Chae Jin of MY NAME commented on his post, wishing him well for his military training.

Shortly, Sung-jae posted another selfie of him showing a shorter version of his previous haircut and asked, “How about this?”

One of his Melody fans, one @khoii11 who seemed to be amused by his haircuts, complimented him and said, “Good looks,” followed by a laughing emoji.

After a while, Sung-jae uploaded his third selfie with his bangs totally gone, exposing his forehead, and said, “Oh no, I think I’ve failed?”

His fellow BTOB member Seo Eun-kwang could not help but laugh at Sung-jae’s antics and asked, “What are you doing? Hahaha.”

Meanwhile, Yang Se-hyung, South Korean comedian and entertainer who was with Sung-jae in the SBS TV program “Master in the House”, also commented: “Have a safe trip to our sweet Sung-jae and I wish you all the best.”

Yook Sung-jae’s hair appeared to be completely shaved as seen next on social media posts by fans, by Monday, May 11, when he was officially enlisted for mandatory military service, along with his fellow BTOB member Im Hyun-sik. JB

Sandara Park opens up about her insecurities after 2NE1 disbanded 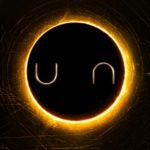 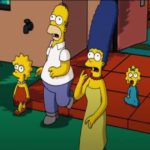