It is common sense that scratching certain parts of your body—let’s say your bum or crotch—in public is not just utterly gross but also shows how ill-mannered you are. So as part of social etiquette, you should excuse yourself and go somewhere private every time you feel like scratching that itch.

However, the rules don’t always apply to everyone—especially for this four-year-old bull that inadvertently caused a power outage to some areas in South Lanarkshire, Scotland. According to BBC News, the Limousin bull named Ron knocked a transformer off an electricity pole in his attempt to get rid of his “itchy bum.” 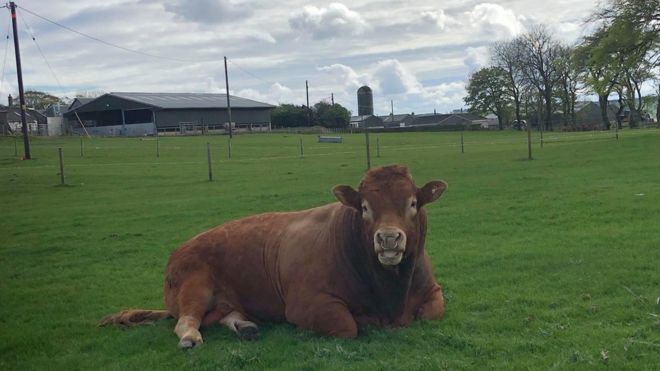 The intense scratching incident took place on Thursday at East Shawtonhill Farm in Chapelton between 10 PM to 11 PM, cutting off power to 800 homes in nearby villages. Luckily, Ron managed to avoid the box as it fell in the field and got away from an 11,000-volt shock.

In an interview with the news outlet, Hazel Laughton (the farm’s owner) said that the power was only restored to the affected areas at 4 AM on Friday morning. 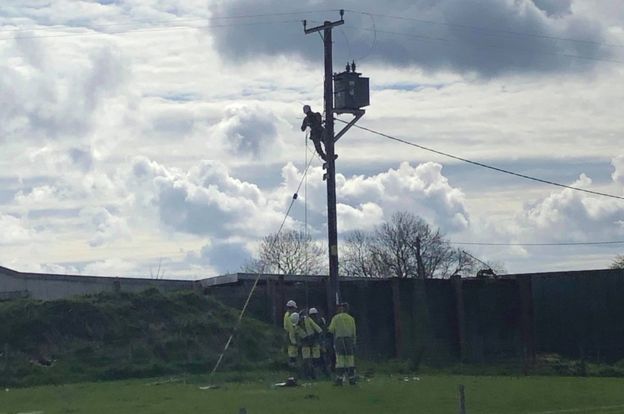 “We got up around 06:00 and we saw a big generator sitting at the bottom of our road, all linked up to the poles. We thought that was a bit strange. We went up to feed our cows and it was my husband that noticed the transformer box had been knocked off the pole.

We put two and two together and realized our bull had been scratching against the telegraph pole and he had knocked the box off the pole. All the wires were down in the field as well.

We were standing looking at it and the bull just sheepishly walked up to the fence. He just looked a bit stunned. I don’t think he really knew what had happened during the night.” explained Laughton.

While the engineers from SP Energy Networks repaired the damage, Laughton decided to turn Ron’s mishap into a comical scenario by posting a letter of apology on a Facebook page on the bull’s behalf.

The caption says: “He had an itchy bum so scratched it on the electricity pole and knocked the transformer off.  They are always itchy when they go out. Ron weighs over a ton so he has been rubbing and pushing against this pole and just knocked it off. We have seen them shake the wires before when they do it but for the box to come off is completely new.”

After the said incident, Laughton is planning to rename him “Sparky.”

Gollum is back! Andy Serkis to live-read ‘The Hobbit’ in 12-hour #Hobbitathon