“The Shadow of Kyoshi”, a prequel to the story of “Avatar: The Last Airbender” has released a sneak peek into the novel through Entertainment Weekly on May 5.

The first chapter takes place in Ba Sing Se, capital of the Earth Kingdom where Kyoshi hails. Here she is almost 18, two years older than in the first novel “The Rise of Kyoshi”, which is set 396 years before the “Avatar” TV series.

“Rise of Kyoshi” chronicled her tumultuous childhood as an orphan running around with criminals. She also discovers that she is the Avatar, a being who can bend or manipulate all four physical elements of earth, water, fire and air, as well as energy within a human body.

The “Shadow of Kyoshi” excerpt describes her expertly using her earthbending skills to go underground and face off with a gang of organized criminals. It mentions too that she is about to use one of her war fans — they were her mother’s, an airbender.

“Avatar” is an Emmy-award winning animated series which followed Aang, a young Avatar who is tasked to end the war led by the Fire Nation. The show, which had three seasons that aired from 2005 to 2008, was highly-rated as it tackled mature themes, such as social justice issues and authoritarianism, while being child-friendly.

Kyoshi is among the Avatars whom Aang draws wisdom from in his journey; he and his friends see her legacy in the Kyoshi Warriors, an all-female group who wields fans in fights.

F.C. Yee penned both young adult novels with “Avatar” co-creator Michael Dante DiMartino. “Shadow of Kyoshi” is available for pre-order and will be released on July 21. JB 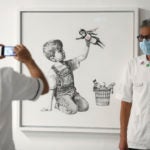 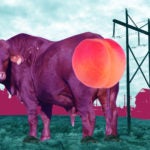