Follow us:
In this 2018 photo provided by Victoria "V.E." Schwab, the author poses for a portrait. Schwab, who writes adult and young adult novels, says she doesn't change her style or vocabulary: The difference is in her mindset. For her “Shades of Magic” series and other books, she inhabits her 17-year-old self, a “pretty angry teenager.” For “The Invisible Life of Addie LaRue," an adult story coming in October about a woman who endures and is ignored for centuries, she is closer to the person she is now. ( Jenna Maurice/Victoria “V.E.” Schwab via AP)

NEW YORK — After gaining millions of young readers for her “Divergent” fantasy series, Veronica Roth decided she and her characters were ready for the next phase — a novel for adults.

“I grew up on stories like ‘Dune’ and ‘Harry Potter,’ and ‘Ender’s Game’ about people who shoulder burdens when they’re too young to bear them,” says Roth, who tells the story of Sloane Andrews and her fellow fighters against the havoc of the Dark One in “Chosen Ones”, scheduled for April. “So the question of what comes after those stories just kept nagging me. ‘Chosen Ones’ is about that ‘after’ — about a group of 30-somethings who saved the world when they were younger, and they’re still dealing with the repercussions of it.” 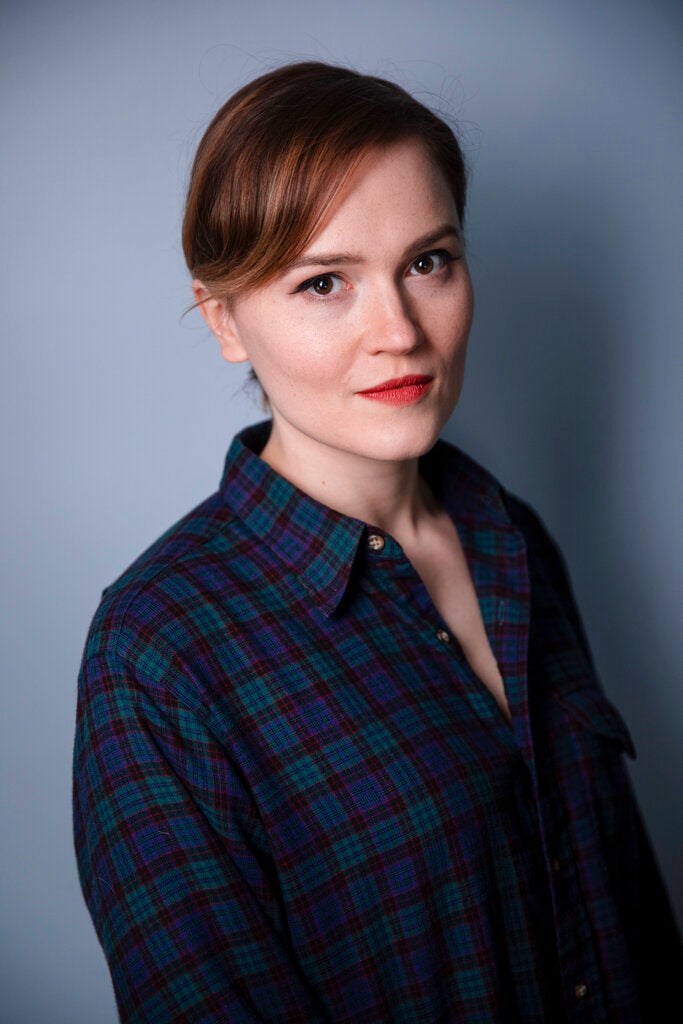 Veronica Roth’s new novel “The Chosen Ones” is her first for adults and part of a wave of adult books coming this year from authors popular with younger audiences. Image: Nelson Fitch/Houghton Mifflin Harcourt via AP

Roth, Tochi Onyebuchi and Sarah J. Maas are among several writers popular with young people who have books out this year intended for older readers. Some have never written for adults, while others move freely among teens and older readers. All are navigating one of the more complicated paths in publishing — how to consciously appeal to different audiences for different books, from the use or absence of profanity to the choice of subject matter and how to present it. The history is mixed: Judy Blume and Neil Gaiman are among those who have succeeded well, while others, including Daniel Handler and Stephanie Meyer, never fully caught on with adults.

Roth’s first “Divergent” book came out in 2011, and she reasons that enough of her original readers have reached an age that they’ll be open to a mature approach. She considers her new work a “pretty natural” moment in her career, when you “get curious about other genres, other types of writing,”

Onyebuchi had published “Beasts Made of Night” and “Crown of Thunder” before completing his first book for adults, “Riot Baby”. It is set in part around the 1992 Los Angeles riots following the acquittal of policemen who beat Rodney King. “Riot Baby” is a dystopian fantasy about Kev, who has been jailed in Rikers Island, and his sister Ella, who holds the power and the horror of seeing the future. 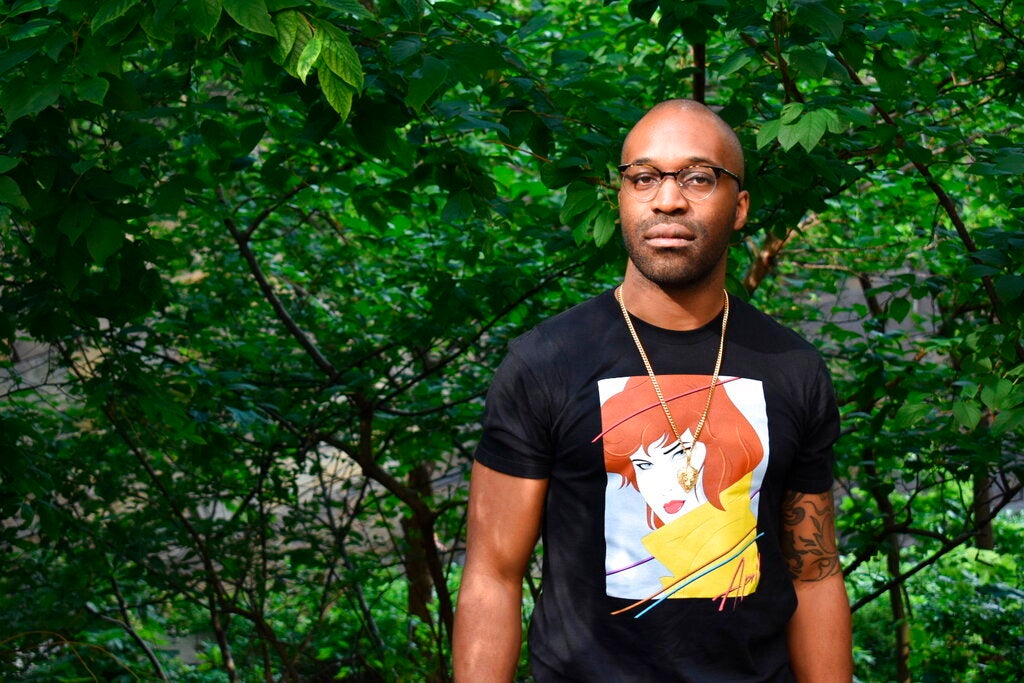 Tochi Onyebuchi is among several writers popular with young people who have books out this year that are intended for older readers. Image: Christina Orlando/Tor Books via AP

A graduate of Yale University and Columbia Law School, among other schools, Onyebuchi has worked in private and government law and thought a long time about a book that could draw upon his education and background. He considers adult books his first passion, but he found that writing for young people strengthened his storytelling, forcing him to write clearly and not “to obfuscate.” For “Riot Baby”, he was able to expand upon that discipline.

Maas, whose bestsellers for young people include the “Throne of Glass” fantasy series, has her debut adult book out in March. Her “Crescent City” series begins with “House of Earth and Blood”, in which protagonist Bryce Quinlan — with the help of a fallen angel — seeks to track down the killers of her closest friends.

Maas told the AP that the new series had been a secret “passion project” for years, an idea came to her when she was on a plane during a book tour, listening to the soundtrack from “Gravity”. The “epic scene” that came to her became the ending of “House of Earth and Blood”. Bryce’s age compelled Maas to think about a different readership.

“The moment Bryce Quinlan walked into my head, I knew she was in her early to mid-20s — an age that placed her story firmly in the adult range,” says Maas, adding that the main difference between writing for younger and older people is in the language. “I will admit that I can now get away with quite a bit more swearing!”

V.E. Schwab, who writes adult and young adult novels, says she doesn’t change her style or vocabulary: The difference is in her mindset. For her “Monsters of Verity” duology, she inhabits her 17-year-old self, a “pretty angry teenager.” For “The Invisible Life of Addie LaRue”, an adult story coming in October about a woman who endures and is forgotten for centuries, she is closer to the person she is now. 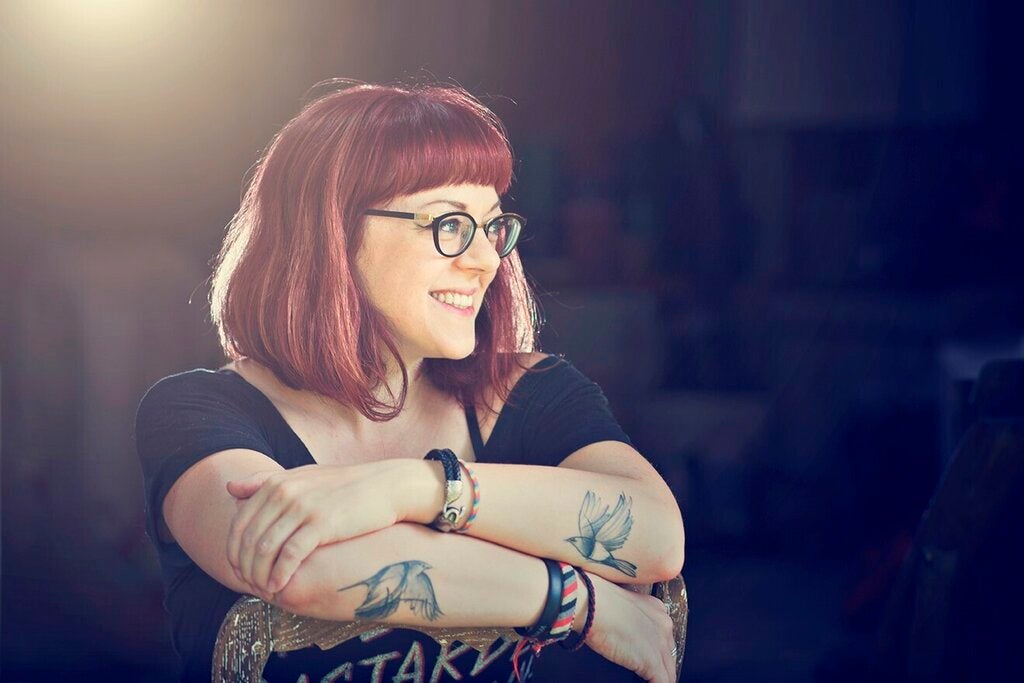 V.E. Schwab, who writes adult and young adult novels, says she doesn’t change her style or vocabulary: The difference is in her mindset. Image: Jenna Maurice/Victoria “V.E.” Schwab via AP

“One of the primary themes in the book is this concept of 30 as a threshold for true adulthood, the feeling like you look down for a moment, and when you look back up, everyone else has raced ahead, and you’re still trying to get your bearings,” she said. “I wrote it essentially for a version of myself who never found writing. If I hadn’t become an author, these are the questions I’d be facing, this is how lost I would feel.”

Over the past decade, Christina Hobbs and Lauren Billings have combined to write best-selling adult and young adult novels under the name “Christina Lauren”. They started out with romance books, among them such very adult stories as “Beautiful Bombshell”, “Wicked Sexy Liar” and the upcoming “The Honey-Don’t List”. Meanwhile, for young adult novels such as “Autoboyography” and “The House”, they adapt the themes of love and desire for a more impressionable and sensitive audience.

“We want to give our adult readers a literal escape, like when they turn on a Netflix show,” Billings says. “When we are writing of teens, we are trying to be entertaining, yes, but we also want to be more careful that they feel seen and understood. You want to make sure you’re writing a story for them and that it doesn’t feel like a grownup talking down to them.” NVG