Follow us:
A heart with the colors of the transgender flag. INQUIRER.net stock photo

A Filipino transgender teen in the United States received a touching 18th birthday surprise: the chance to legally change his name as he transitions from female to male. 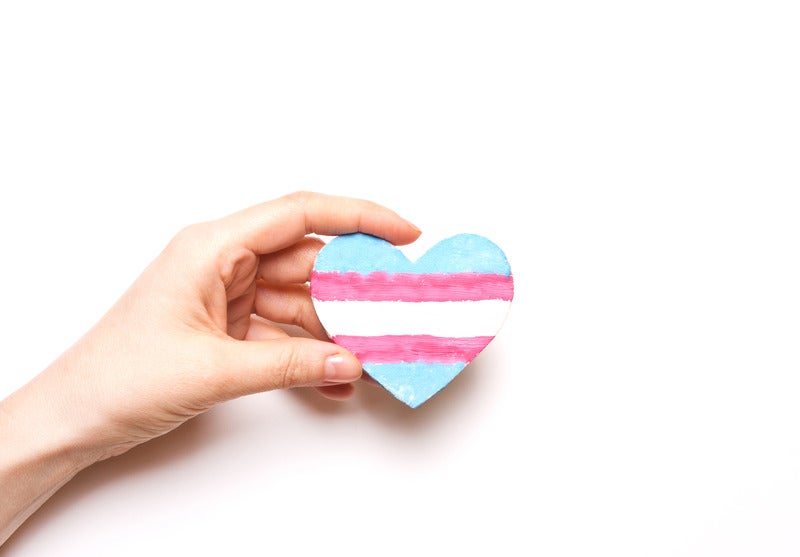 A heart with the colors of the transgender flag (INQUIRER.net Stock Photo)

Andi Bernabe, a senior high school student in Texas, posted a video of his schoolmates’ birthday treat for him last Feb. 8 on TikTok. He was brought inside the choir room where they were gathered and singing him “Happy Birthday.”

He was then handed a present: a fake birth certificate with his chosen name and $300 (over P15,000) so he could pay for a legal name change. Overwhelmed, Bernabe dropped to the floor sobbing.

The video eventually went viral on other platforms including Twitter, where it has over 9 million views as of this writing.

His friend Isabella Gueck got 29 other schoolmates in on the plan after hearing from Bernabe that he wanted to change his name but could not afford to without a job, Teen Vogue reported on Tuesday, Feb. 18.

“I thought we should do this for him because I don’t have to pay for my name, so he shouldn’t have to either,” she said, describing him as a “super kind person and fun to be around.”

Bernabe told Teen Vogue that he began transitioning two years ago. He had dysphoria even when he was younger—such as an aversion to dresses—but only came to terms with his gender identity when he was in his sophomore year.

After cutting his hair short, he said it felt “liberating” and “too good.”

“I was like, ‘Maybe this is who I am,’ and the more I started associating myself with boy, male-ish things, I was like, ‘This feels natural, this feels good, this feels right,’” he recalled.

When he entered his junior year in high school, he told teachers and classmates to call him Andi and that he preferred to use he and him pronouns, which they accepted.

One of the reasons he chose the name “Andi” is because of the TV show “Andi Mack,” which featured the first coming out story in a Disney channel show.

He advised fellow trans kids: “Your time will come to shine and finally be your true self. If you’re not surrounded by good people now, you will be because there’s a lot of sources everywhere.”

“There [are] communities in real life and apps that connect people to help out LGBTQ kids and that’s really cool. Things take time. When you’re in a safe place, that’s all that matters.”  /ra

‘I have arrived’: Transgender women reach new heights as flight attendants in the Philippines