#RenewAnneWithAnE: Fans rally together to petition for a fourth season

L.M. Montgomery’s beloved Anne of Green Gables novels spawned many on-screen adaptations. And Anne With An E is quite possibly one of the most thought-provoking and endearing versions of the classic tale.

Created by the CBC Television and Netflix, the show focuses on Anne Shirley, a red-headed orphan who unexpectedly gets adopted by the Cuthbert siblings. Through this event, she is able to stay at the Green Gables farm and learn the true meaning of family, friends, and more importantly, love–through the interactions and experiences she has with the people of Avonlea.

Since the series premiered in 2017, it garnered countless positive reviews from viewers worldwide. It even caught the attention of Grammy Award winner Sam Smith and earned an 8.6/10 rating on IMDB. Despite this, the show still announced that its third season will be its final one.

Every day can be an adventure. 🦋💫🧡 The final season of #AnneWithAnE is coming to Netflix January 3

This left fans in a frenzy as the third season still left so many unanswered questions–like will Kak’wet ever return to her family? How will Anne fare in Queens? Will we see Cole excel in art school? Will Diana and Jerry ever rekindle their love? And will Gilbert and Anne’s newfound love flourish now that they’re both in college?

It’s because of this that the hashtags #SaveAnneWithAnE and #RenewAnneWithAnE spread throughout Twitter since its final season debuted in January. Even celebrities like Ryan Reynolds chimed in on this matter on his personal account.

You guys might want to renew Anne with an E.

Unless “final season” is just a fun way of saying “halfway point”.

Given this, fans decided to create a petition on Change.org to influence the studios and the producers to continue Anne Shirley-Cuthbert’s story with a fourth season. Entitled Renew Anne with an E for Season 4! the online petition has gathered over 300,000 signatures, as of this writing.

Viewers of the show remain hopeful that their signatures could lead to the production of another season. And seriously, who wouldn’t want to see more #ShirBert moments on the show?

Get to know more about the petition here.

An unidentified man mercilessly shoots a nesting swan in the head

Tags: Anne with an ENetflixTV shows 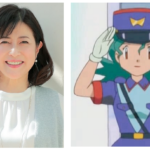 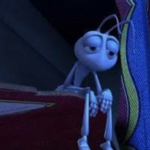