New York City (NYC) is known as the city that never sleeps because there are a lot of places to explore like Broadway, Central Park, the Lower Manhattan skyline, and of course, the famous Statue of Liberty.

However, NYC is currently facing a surge in COVID-19 cases among the neighborhoods of Manhattan. According to the Daily Data Summary of NYC dated March 29, the city has a total of 33474 cases. Despite the coronavirus health threat to the public, some residents defy the rules of social distancing and continue on with their daily routines–like going outside for a walk or even playing at the park.

But one social event stood out from the rest, as former White House reporter and advertisement hand Lucian Wintrich made headlines for hosting a “corona potluck” party at his apartment in East Village, Manhattan.

The New York Post reported that Wintrich’s soiree encouraged guests not to wash their hands as they bring in their favorite dishes. 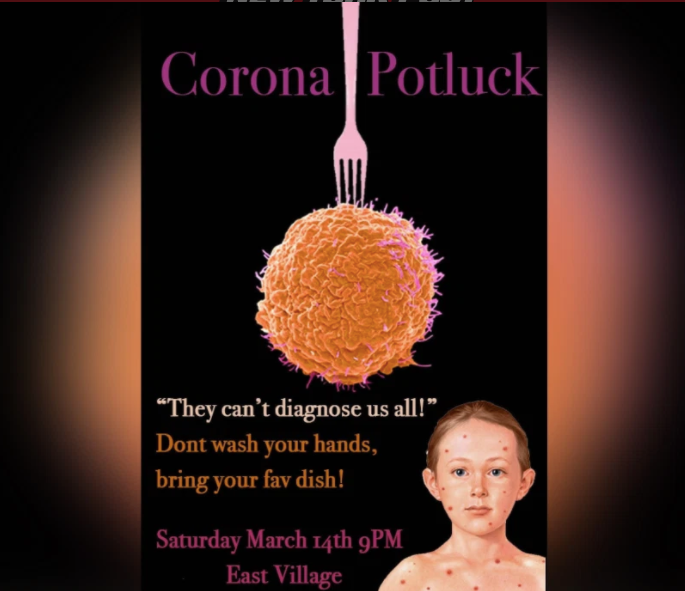 There are 20 people who reportedly attended Wintrich’s gathering last March 14 at around 9 PM. That same day, the city of New York has decided to close all Broadway theaters and urge schools, bars, and restaurants to do the same.

Wintrich assumed that if his friends got infected, they can recover quickly because they are “younger and generally healthy”. He also believed that this is the best way to become immune to the disease as “chickenpox parties” in the 90s exposed children to the infection–and yet, they came out fine.

Nevertheless, the Centers for Disease Control and Prevention (CDC) reported that around 40 percent of cases in the United States were between the ages of 20 and 54. Given this statistic, it’s more advisable to follow the self-isolation and social distancing rules, provided by health officials, rather than risk contagion.

‘Fun and interactive’: American Zoo encourages people to pen letters for their animals