Following a triumphant 2019, Greentea Peng (Aria Wells) shares ‘Ghost Town’, a first taster of fresh music. The deeply personal ‘Ghost Town’ is accompanied by a beautifully shot video by Melody Maker and a self-penned letter, read below, an outcry on the state of London, Aria’s place of birth and somewhere dear to her heart. It is the first overtly political song that Aria has released and its clear that she is impassioned and outspoken about the injustices we all see around us on a daily basis. It may be a snapshot of London but the message of ‘Ghost Town’ speaks to all of us universally.

“GHOST TOWN is inspired by a Dub Judah dubplate I heard at an Iration Steppas gig and by the Specials ghost town, but also just by the utter dire straits of our city and the conditions in which our people are being forced to live in. Not just physically but the effects it has on us mentally and spiritually too. 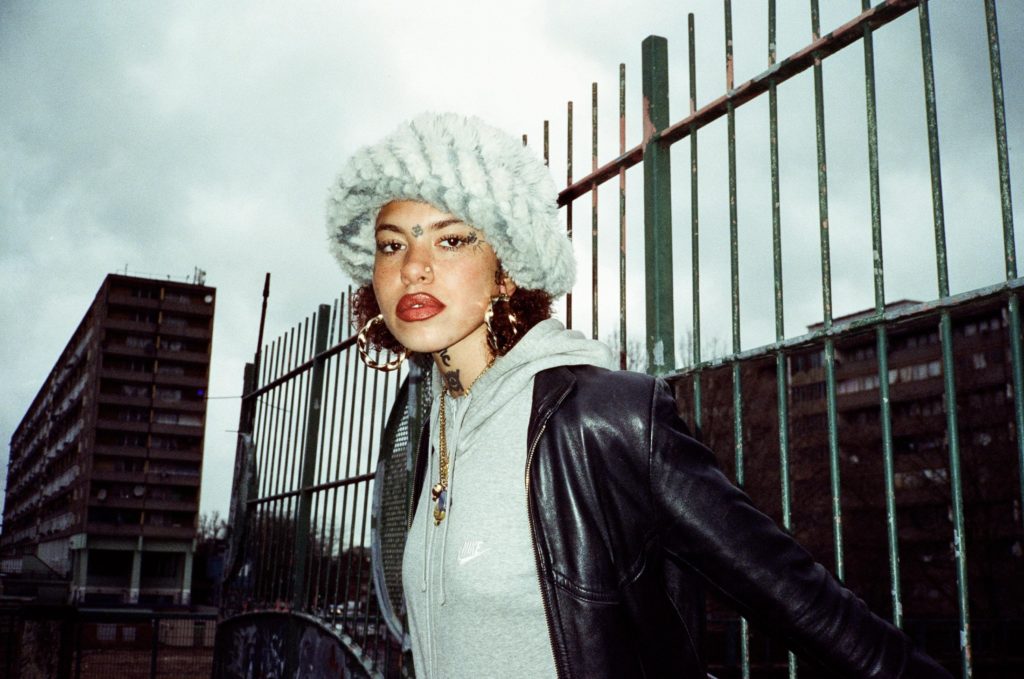 The complete lack of respect for the environment and the people who make London what it is at its actual heart, in the actual ends, that bring the actual character to this place. Not just the tourist attractions but the streets, the public spaces that bring this place to life.

It’s about my feeling of the lack of colour both literally and metaphorically, it’s about the feeling of being in such a big wild city but not being able to actually live in it.

I got mates working 2 or 3 jobs and they’re still just about covering their rent. It’s about how difficult it is being a young person in this country, with no prospect of owning a yard, or even having a kid because why would you. This song is an expression of a feeling of discontent towards the powers that be, it’s a microcosm for what is happening all over the world. The priority of money and wealth over the people, and the repercussions of that. From kids killing kids on the streets for iPhones, to disabled people being forced into work, to the mums having to work extra night shifts so they can afford their kids train fares to school.

You only need to open your eyes to see the disproportion and the struggle. Ghost town is my ballad to London and its people, to all the people to remind them of their place and its magic.”

Produced by long-time collaborator Earbuds (slowthai) and perfectly weaving elements of ska, ragga and jazz, ‘Ghost Town’ follows last years acclaimed EP RISING. In March, Peng takes to the road on a UK tour, including the renowned BBC 6 Music Festival and dates across Manchester, Glasgow and Leeds, alongside a hometown show at iconic London venue, Jazz Café on 26 March.