Dua Lipa’s highly anticipated new album Future Nostalgia is set for release on Friday March 27th. Future Nostalgia will include the Number 1 global hit single ‘Don’t Start Now’, and her current smash single ‘Physical’. The new album will be available for download on all digital platforms as well as physical on the following formats; pink neon vinyl, CD, picture disc, gold cassette and deluxe box set, all of which are now available from Dua’s web store here.

“ I have some great news for you – I’m now releasing my album this Friday March 27th and cannot wait to share it with you all” reveals Dua. “I had a lot more confidence because I’d done it before, I wasn’t afraid to just go in and experiment and try new things” she explains. Dua recalls the precise moment when this new direction presented itself. “I was doing a radio show in Las Vegas and I went for a walk, just to clear my mind,” she says. “While I was walking, I was listening to OutKast and No Doubt and I was like, ‘What is it about these records that I still love and relate to so much? Why do I feel like they haven’t aged? And how could I incorporate that nostalgic feeling of all my favourite childhood memories and inspirations into something new and modern?” 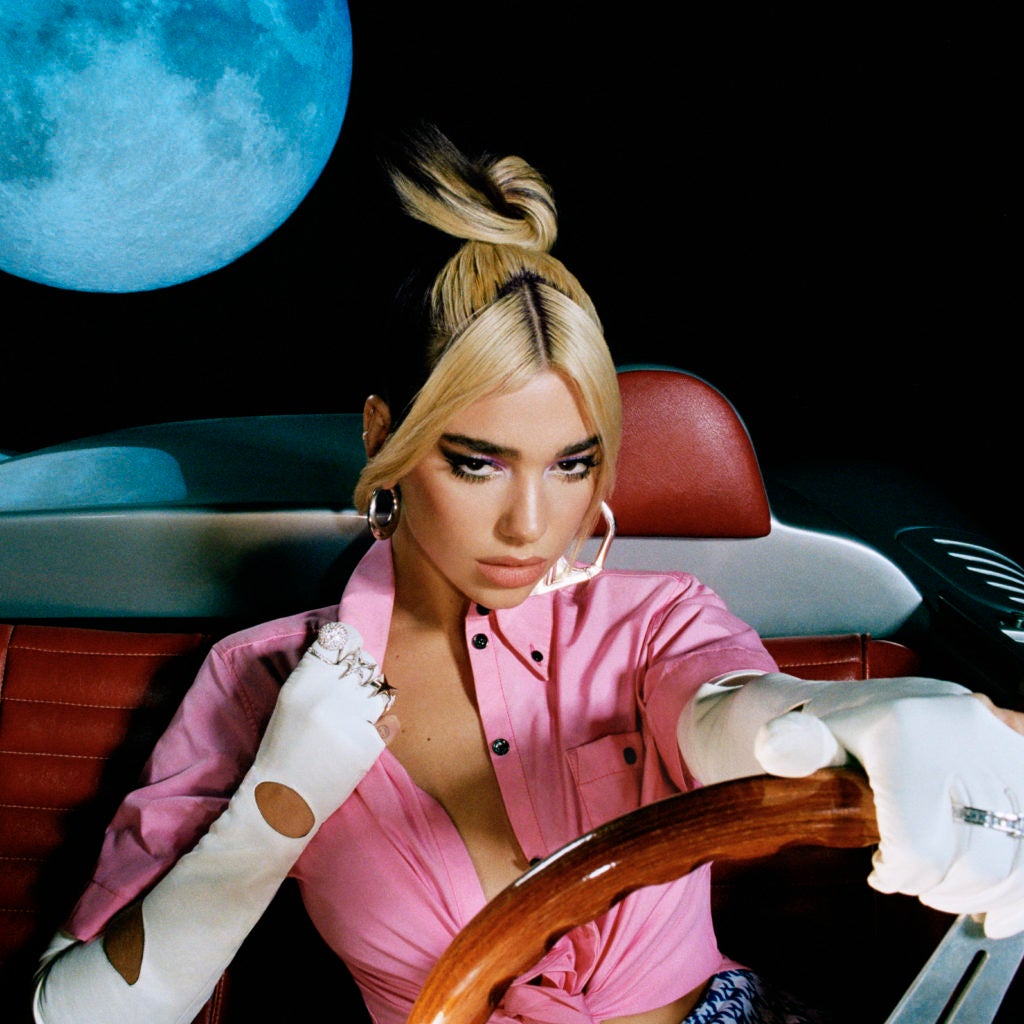 Dua also has an update regarding her upcoming tour.“ Unfortunately given the current situation and with everyone’s safety in mind we have had to postpone the UK and European dates of my “Future Nostalgia” Tour. We will be announcing the  rescheduled dates for the UK and European Tour tomorrow at 10.00am UK time. All tickets will remain valid for the new shows and you will receive an email from the ticket agency confirming all details. I’ll be announcing Tour Dates for the rest of the world very soon. I want to come to as many places as possible!”

The end of 2019 saw Dua perform ‘Don’t Start Now’ at MTV EMAs, ARIAs, AMA’s, since arriving in style in 2015 Dua’s debut album has eclipsed 4 million sales worldwide and she has spawned 60 million single sales worldwide, including over 500 million streams of ‘Don’t Start Now’. Her debut album is officially the most streamed album by a female solo artist in Spotify history and she is also the youngest female solo artist ever to hit 1 billion views on YouTube.