Based on the bestselling comic book, Ray Garrison (Diesel) is an elite soldier recently killed in action, brought back to life as the super soldier Bloodshot by the RST corporation. With an army of nanotechnology in his veins he’s an unstoppable force – the strongest warrior the corporation has ever created – and able to heal instantly. But in upgrading his body, the company is also manipulating his mind and memories. As he begins to remember his past life, Ray isn’t sure what’s real and what’s not – but he’s determined to take back control.

At the center of transforming Garrison into Bloodshot is the secretive defense contractor Rising Spirit Technologies (RST) which oversees a program to create super soldiers designed and programmed to combat any military threat. RST uses cutting-edge nanotechnology to transform soldiers into operatives with exceptional skill. So far, they have created a small unit codenamed Chainsaw that includes Dalton (Heughan) and Tibbs (Hernandez).

Heughan, who has earned a legion of fans through his work on Outlander, plays ex-Navy Seal Dalton, whose legs were blown off in an IED explosion; his alteration includes bionic legs and an exoskeleton with a second set of arms that gives him enormous strength. Heughan notes that although Bloodshot pushes the technology to the extreme, it’s not so far off of the kind of technology that are returning abilities to today’s wounded warriors. “Dalton is obviously a product of this technology, but I don’t believe it’s that futuristic,” he says. “It’s very much based in reality and the now.”

Meanwhile, Hernandez plays Tibbs, an ex-Army Ranger rendered blind in an IED accident, who has regained his sight with high-tech ocular lenses implanted in his combat vest. He says that his character recognizes the price for regaining his sight – and it’s a price he’s willing to pay. “Essentially, he’s in servitude to this company that has its own nefarious goal, but it is offering him a new life,” says Hernandez. “He’ll take it.” 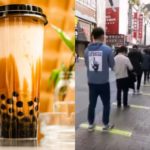 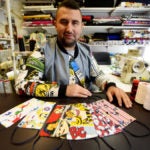