Back in the old days, the use of Abaniko or Pamaypay to beat the heat became a part of Filipino culture. This particular item was even used as a symbol of demureness for the Noli Me Tangere heroine, Maria Clara. But have you ever wondered where did the abaniko come from? And how did it come to be a part of our culture?

For starters, the Spanish word ‘abanico’ when translated means fan, a hand-held accessory that was woven from a perennial plant called Balamcanda Chinensis o blackberry lily. Its appearance is usually that of a heart or circle while some fans are made to look like a paddle.

However, there are other forms of it available and among them are the foldable fans, which are made of other materials such as paper, cloth, feathers, and plastic.

The abaniko is also designed with vivid colors to signify the creativity and culture of the various regions in the Philippines. For instance, the Chavacano produces fans from traditional Batik clothing which can be also used as a cap when both sides are folded.

Aside from its fashion purposes, these hand-held fans were also used by women to communicate with their potential suitors. In fact, the Facebook page Tagalikha posted five ways on how women relay secret messages through gestures and hand movements using fans.

Fanning very fast would mean that the woman really likes her admirer. 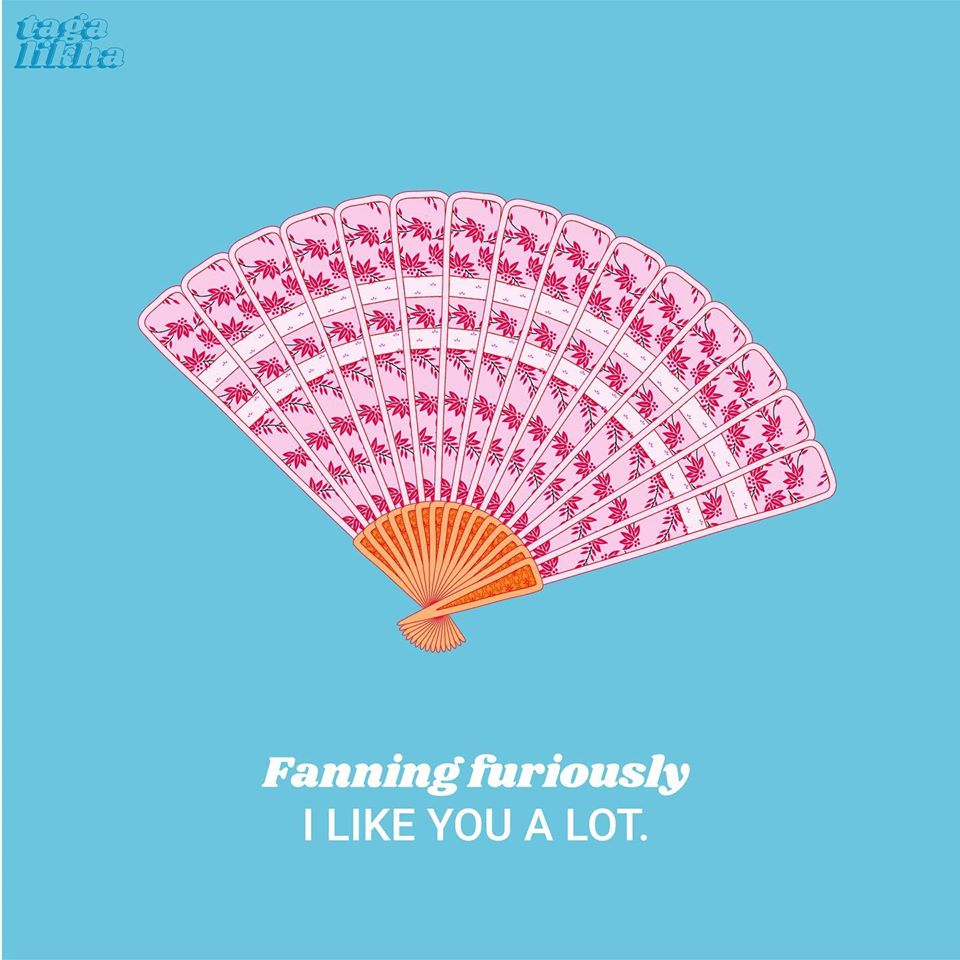 Carrying the fan closed and holding it in either the right or left hand could mean different things. 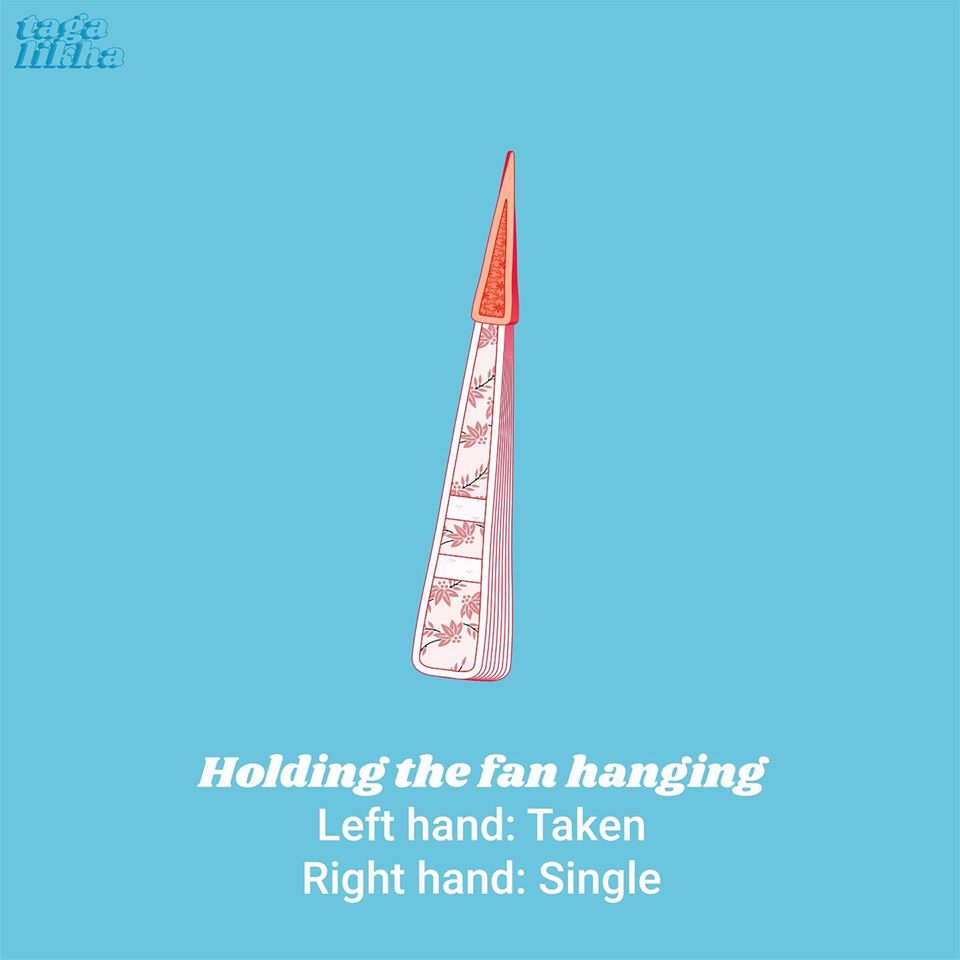 By covering a portion of her face, the woman shares her intention for you to follow her. 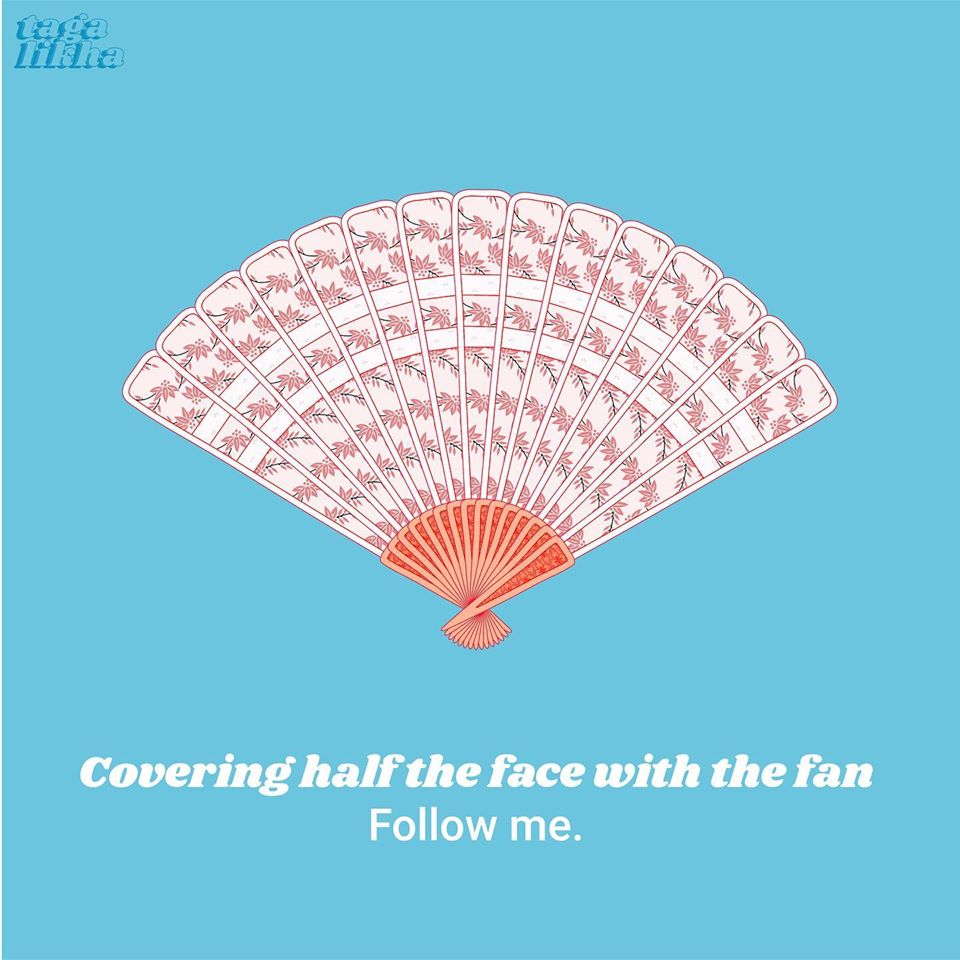 When the lady closes the fan slowly, she doesn’t want to waste your time because she is just not interested in you. 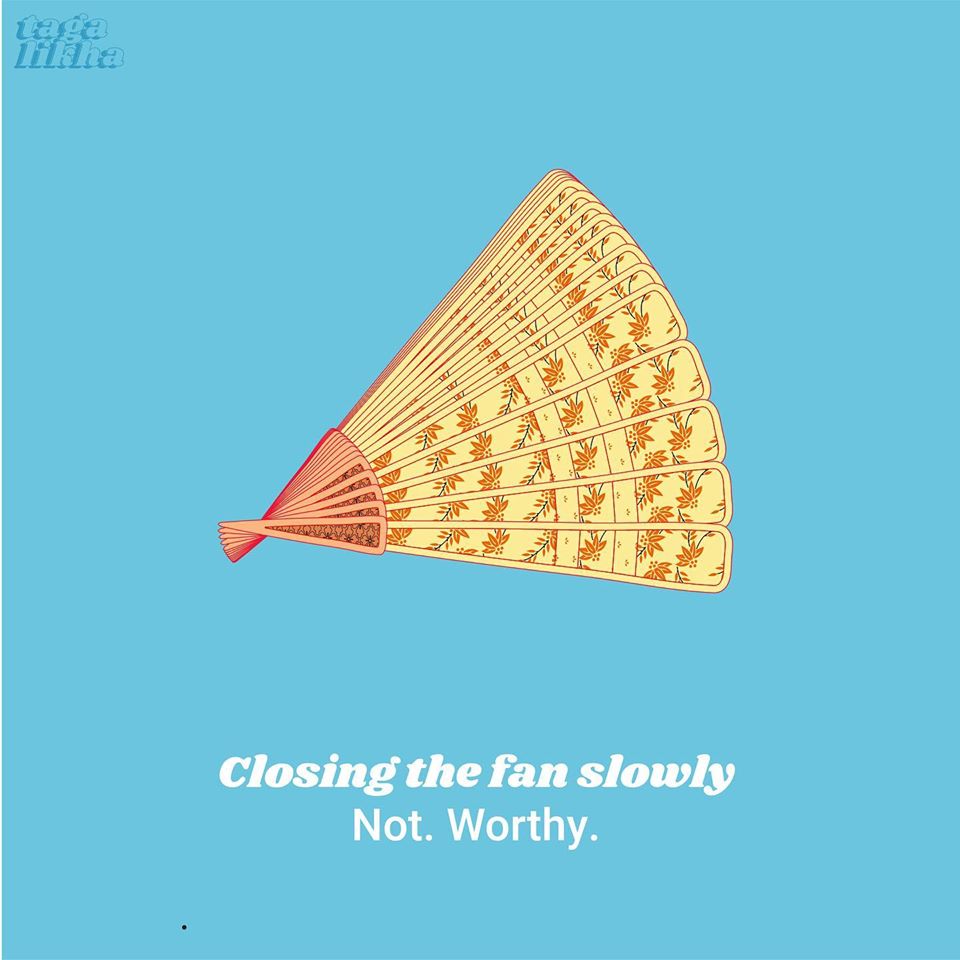 Closing the fan completely means that you are not her type. 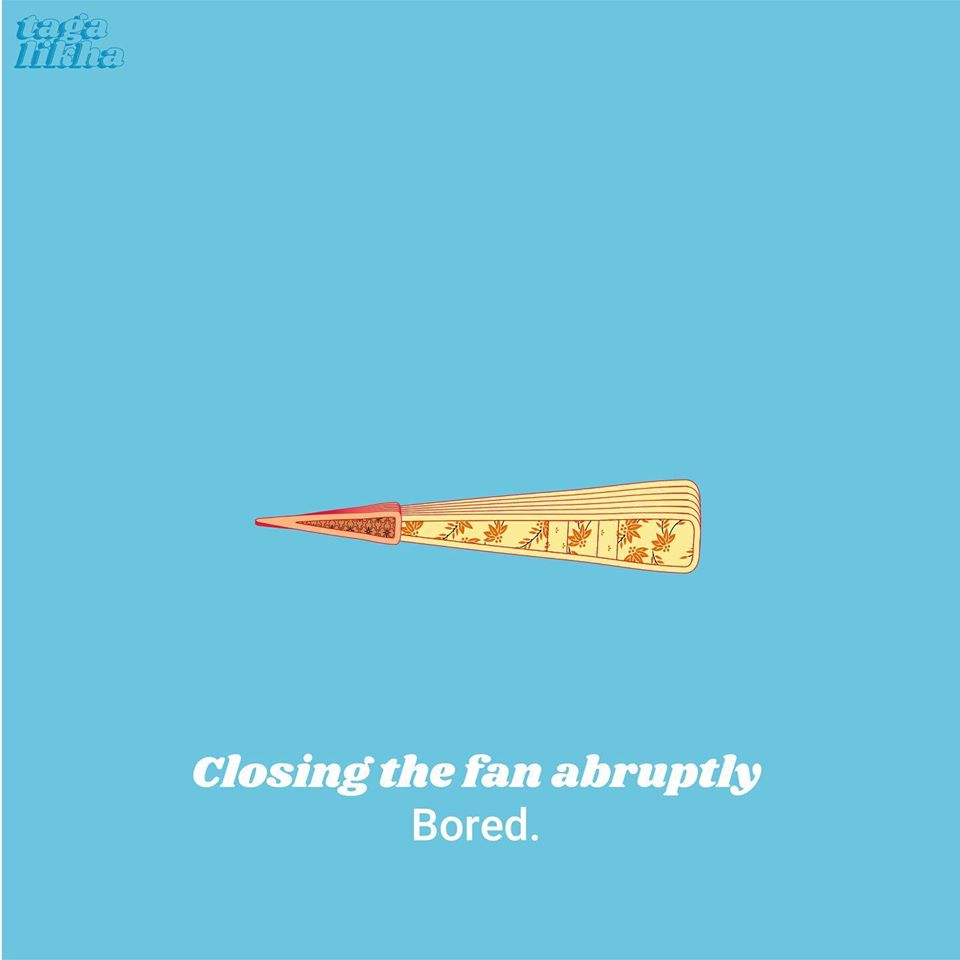 As of this writing, the post gained more than 8,000 shares and 4,000 reactions, while online users also shared some stories related to the said post. Here are some of their  comments:

Although many of these traditions are a thing of the past, it’s good to reminisce on the days when courting was more complex than it was today. And who knows, the abaniko might make a comeback in the near future!

LOOK: Filipino ‘eating’culture gets represented in ‘The Sims 4’