Florence Pugh (Midsommar) paints an alluring and psychologically complex portrait of Amy, the youngest of the March sisters, in Columbia Pictures’ inspiring drama, Little Women. The British star received universal acclaim for her performance, including an Oscar nomination for Best Supporting Actress.

Writer-director Greta Gerwig (Lady Bird) has crafted a Little Women that draws on both the classic novel and the writings of Louisa May Alcott, and unfolds as the author’s alter ego, Jo March, reflects back and forth on her fictional life. In Gerwig’s take, the beloved story of the March sisters—four young women each determined to live life on her own terms—is both timeless and timely. Portraying the March sisters Jo, Meg, Amy, and Beth, the film stars Saoirse Ronan, Emma Watson, Florence Pugh, Eliza Scanlen, with Timothee Chalamet as their neighbor Laurie, Laura Dern as Marmee, and Meryl Streep as Aunt March. 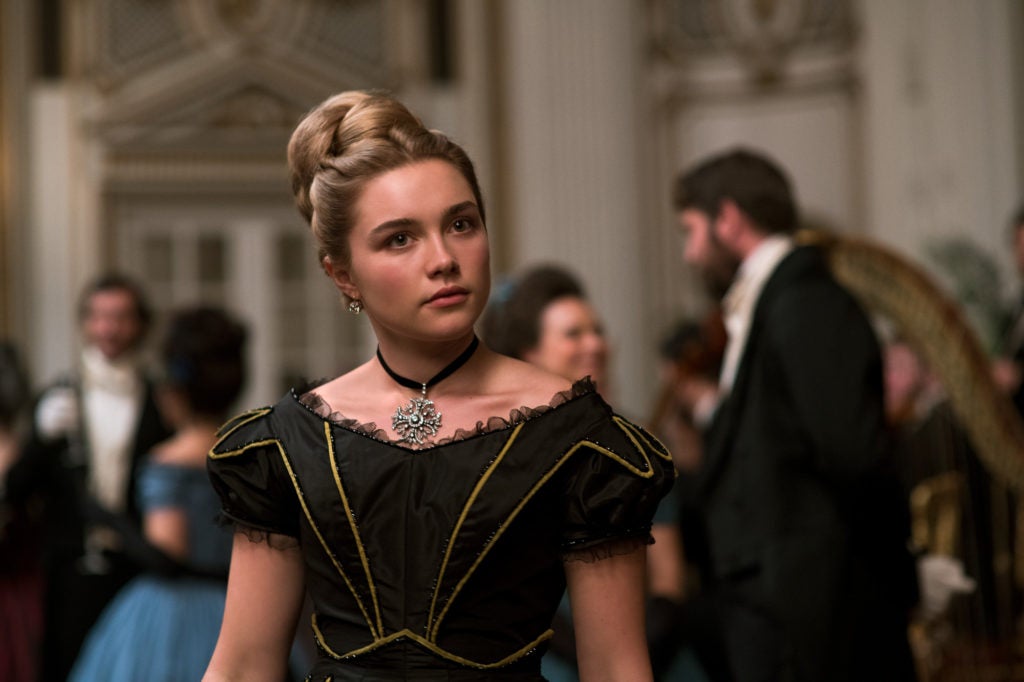 Amy March has always been controversial among readers. Strident and at times mischievous, she gets her way far more than any other March, often eclipsing Jo. “Amy is usually known merely as the spoiled youngster because she’s cheeky and she fantasizes about love and riches,” acknowledges Pugh. “But what interested me is that this Amy is an artist who is incredibly passionate about being the best version of herself—or she won’t do it at all. What I fell in love with straight away with in Greta’s script is that here you get to see Amy’s quest for brilliance, and also how human she is in her failures. Perhaps we are all actually a lot more like Amy than Jo.” 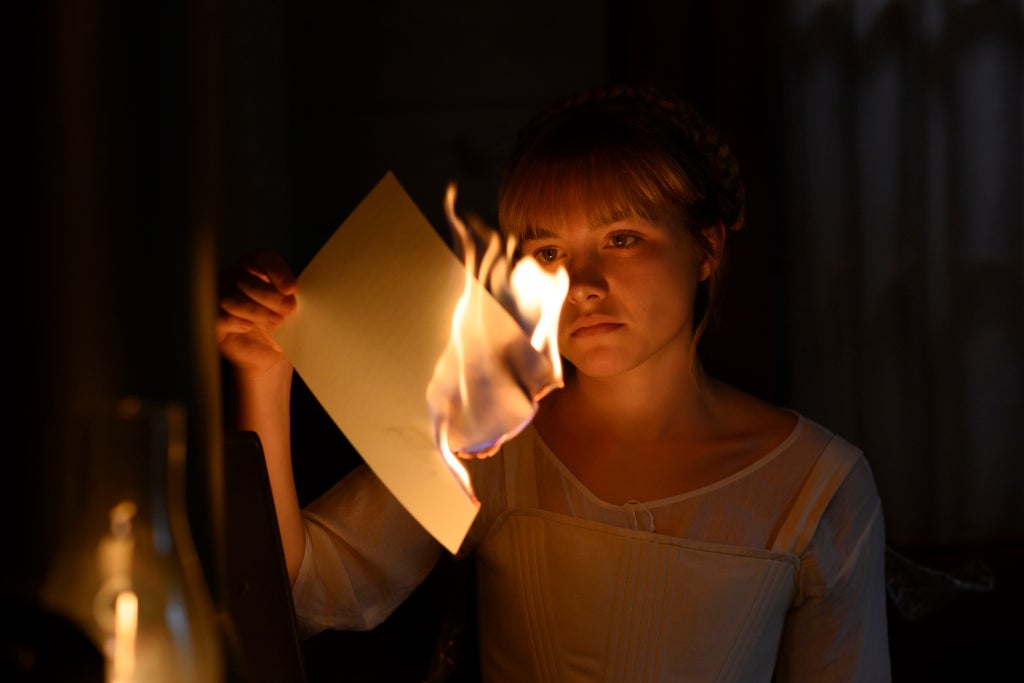 Amy’s relationship with Jo is tinged with competitiveness and envy. But it also comes to involve a tricky a love triangle, as Amy falls in love with Laurie, who has always been smitten with Jo. Pugh notes that Amy’s longing for Laurie is utterly authentic. “We’ve all felt the pain of being in love with someone who doesn’t know it, and that’s Amy with Laurie. Marrying the man who loved her sister is definitely confusing and complicated—but maybe it’s also the right thing.”

The deepest draw for Pugh was, as for her cast mates, the sisterhood that endures through the eruptions of conflict. “The sisterly bond is everything in this story. At times the sisters support each other and at others they despise each other, but it all feels real,” says Pugh. 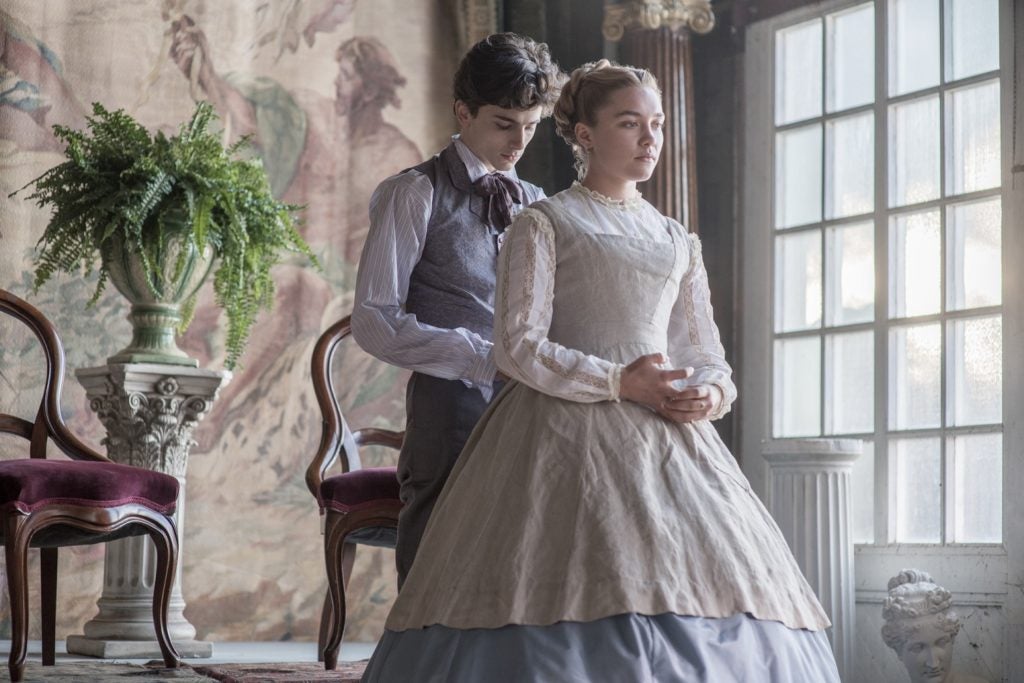 For Saoirse Ronan, Pugh’s take on Amy changed the way she saw the character. “Florence has done something with Amy that I don’t think anyone has done before—she’s given her bite,” she describes. “She’s not simply a girly girl, she’s got this fire to her that is very, very exciting.”

The film currently has a 95% Fresh Rating at Rotten Tomatoes, with an overall critical consensus that reads, “With a stellar cast and a smart, sensitive retelling of its classic source material, Greta Gerwig’s Little Women proves some stories truly are timeless.”