Last February 16 at the Smart Araneta Coliseum, Boyce Avenue returned to Manila for a one-night, post-Valentine’s Day concert. Joined by local bands I Belong To The Zoo and December Avenue, Alejandro, Fabian, and Daniel Manzano left Filipino fans swooning with their heartfelt covers and original songs.

The concert began with performances from I Belong To The Zoo, wherein the band sang “Balang Araw” (Someday) and “Sana” (Hopefully).

Following them onstage was December Avenue with their performance of “Kung Di Rin Lang Ikaw” (If It’s Not You) and “Sa Ngalan Ng Pag-Ibig”(In The Name of Love).

Soon the Manzano brothers were up on stage serenading fans with their smooth cover performances. This included songs like “Wake Me Up”, “Every Breath You Take”, “Torn”, “Castle On The Hill”, “Queen Of Hearts”, “Broken Angel”, and “Family”.

Boyce Avenue then called I Belong To The Zoo onstage to perform a duet of James Arthur’s “Say You Won’t Let Go”.

December Avenue fans also got a special treat during this night as Zel sang “A Thousand Years” with the band.

Boyce Avenue then continued their concert with more renditions of songs like “Fast Car”, “Ride The Wave”, “Can’t Help Falling In Love”, “Story Of My Life”, and “Yellow”. They also excited fans with their original tracks like “Cinderella” and “Hear Me Now”.

Finally, the trio ended the night with an encore performance of songs like “On My Way”, “Wonderwall”, and “Iris”.

Boyce Avenue Live in Manila was presented by Wilbros Live. 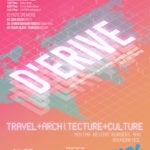 Redefine borders and explore your limits in ‘D’ERIVE’ 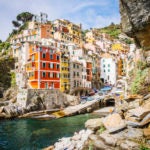